David Moyes admits Silkeborg’s plastic pitch has given him a selection headache ahead of West Ham’s Conference League clash in Denmark.

Defenders Craig Dawson and Aaron Cresswell are in the squad after spells out injured, but he may not risk them in Denmark on the super-fast turf of the 10,000-seater JYSK Park.

‘We respect that it’s an artificial pitch and we have some decisions to make,’ said the West Ham boss. ‘We’ll have a look at Craig and Aaron and check out what’s best for them.’ 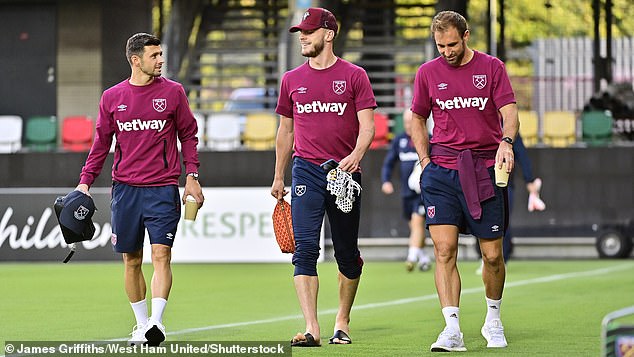 Thilo Kehrer is expected to feature again after overcoming a tricky start to his West Ham career.

The defender, a £10million signing from Paris Saint-Germain, gave away a penalty on his debut against Brighton and then scored an own goal against Tottenham. 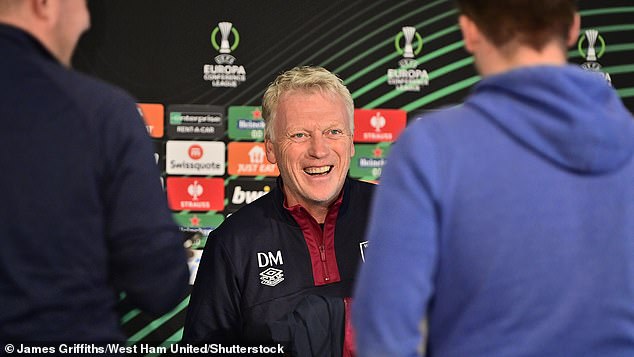 But he has also showed glimpses of the form that has earned the 25-year-old 20 caps for Germany.

‘I feel like it’s been a kick-start directly into my West Ham career and it has been the best way to integrate,’ said Kehrer.

‘I’ve been involved straight away and for me it has felt good.

‘I didn’t have so many games in pre-season, so having my debut right away helped me. I feel like I’m getting there. 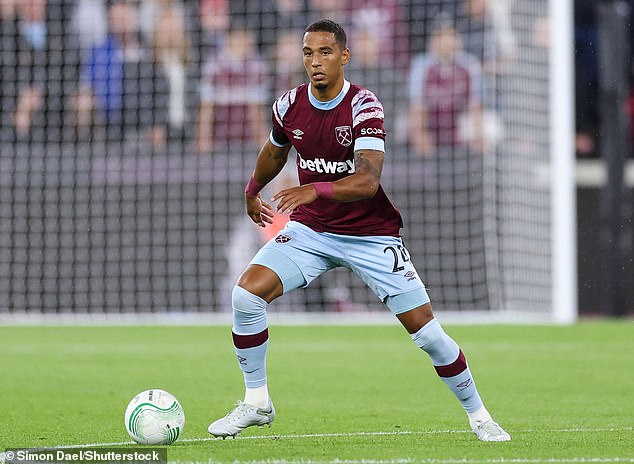 ‘I think as I have followed the Premier League before I knew that I would have to adapt and I think I am still doing that. It’s kind of what I expected and I’m enjoying that.

‘Obviously it’s important to have the belief from the manager. I had no games and rhythm from pre-season, so it’s been getting into it from a cold start and I’m trying to pay that confidence in me back.’

West Ham lie top of Group B after winning their first group match 3-1 against Romanian side FCSB last Thursday.