‘400 million Instagram followers and he STILL doesn’t know how it works’: Cristiano Ronaldo confuses fans – and Rio Ferdinand – with bizarre live stream of himself sitting silently in his home sauna

Cristiano Ronaldo took to Instagram Live this week to the delight of his 400million followers, but then left many bemused after sitting in his sauna and saying nothing.

The Manchester United superstar opted to make use of his private sauna on Wednesday night, and began to stream on the popular social media platform.

However, despite 700,000 viewers quickly joining the broadcast, the 37-year-old sat staring down the barrel of his phone camera and bizarrely stayed silent. 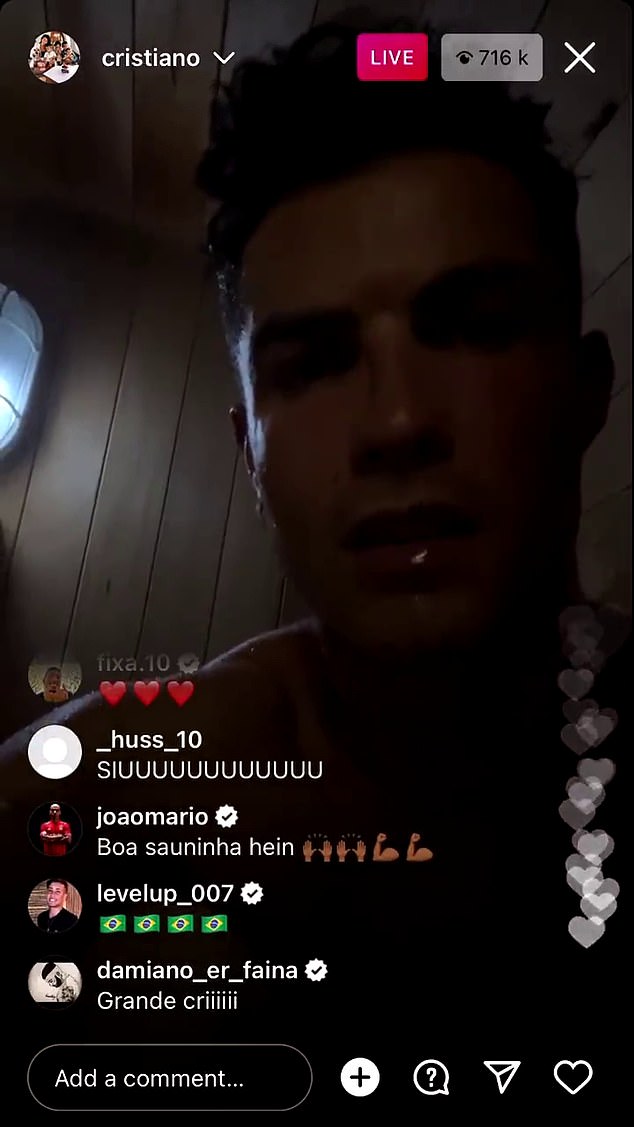 Ronaldo also panned round to show off his sizeable back garden but, as a result of the forward’s deadpan expression, Rio Ferdinand waded into the comments section.

‘What you doing bro?’ he asked, and also posted three laughing emojis.

Other fans of Ronaldo were similarly confused by the short video, which lasted around a minute-and-a-half before the player wrapped up. 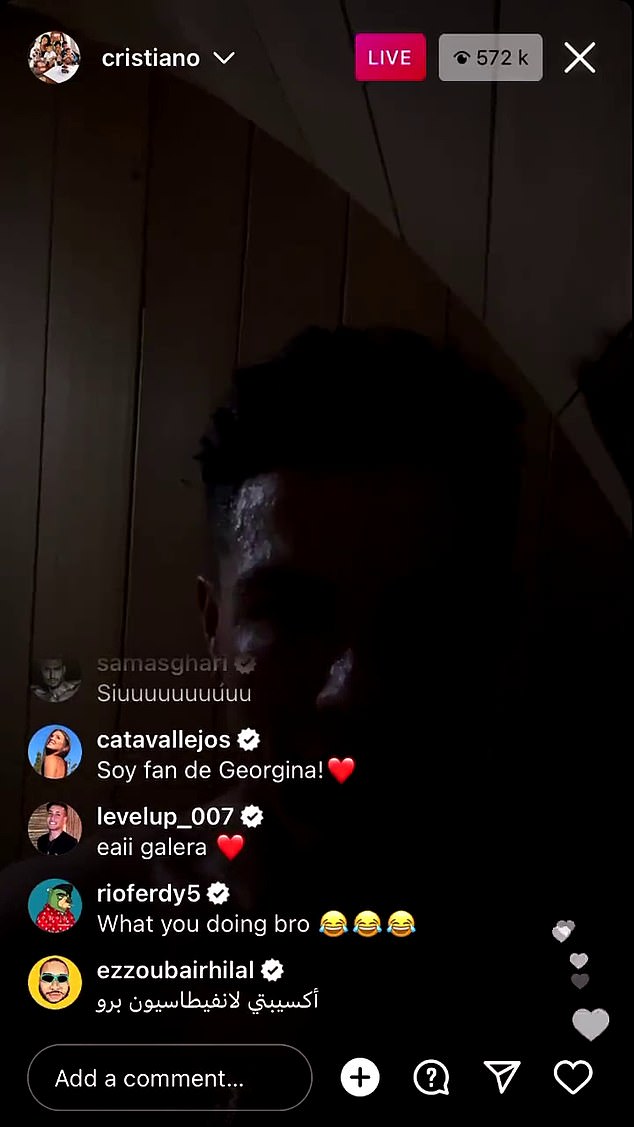 ‘Ronaldo has 400million followers on Instagram and he doesn’t even know how it works,’ one social media user said.

The jokes continued on Instagram, with another account saying: ‘Why’s Ronaldo just baking off in a sauna in a shed not saying a single word on his Instagram live?’ 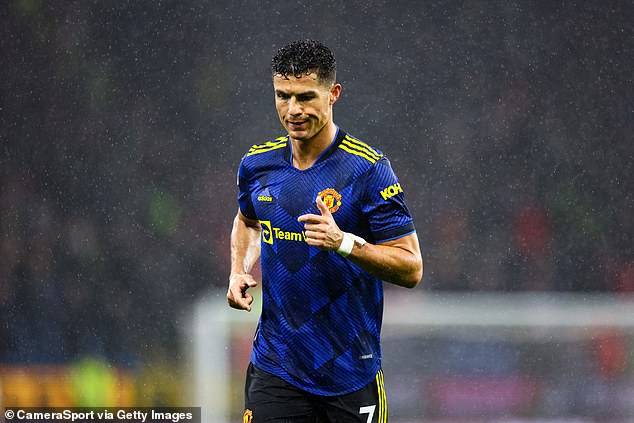 Ronaldo has become the first person to reach the 400m milestone in Instagram.

Kylie Jenner is his closest rival for the record on 309m, meaning that the five-time Ballon d’Or winner has almost 100m followers more than her.

Over just five months, his follower base has grown by a huge 163m.