Former Liverpool defender Steve Nicol has hit out at Cristiano Ronaldo for leaving Manchester United’s friendly with Rayo Vallecano before full-time. The Portuguese striker has been angling for a move away from Old Trafford and the 1-1 draw with the Spanish side was his first appearance of pre-season as he played in the first half before exiting the stadium before the final whistle blew.

Ronaldo was photographed outside the ground with team-mate Diogo Dalot before the game had finished, and Nicol believes it is indicative of the forward’s feelings towards the club. “The one thing it tells you is he’s completely disengaged with the club and the team,” Nicol told ESPN.

“As simple as that. I’ve seen and I know players and I’ve done it myself who have left before the end of the game but I’ve not been in the team, I’ve not been in the squad and I’ve been ready to leave – I’ve been disgruntled. He’s disengaged with what’s going on at the club. This guy actually played and then left before the end, that has got ‘get me out of here’ written all over it.”

Ronaldo played 45 minutes up front in his first appearance in the Erik ten Hag era at United, but was spotted having a tense chat with his new manager and did not appear happy with what he was being told by the Dutch coach. 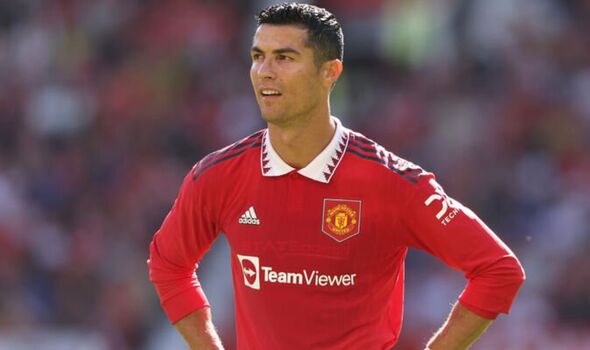 The five-time Ballon d’Or winner has been angling for a move away from the club as he seeks to play Champions League football next year, and has been touted across Europe by his agent Jorge Mendes but has struggled to find a suitor.

Atletico Madrid were credited with interest in the 37-year-old, despite calls from their fans that Diego Simeone would be sacked if he signed the Real Madrid legend. Atletico were tipped to do an unusual loan deal that would see Ronaldo extend his contract at United for another year, leave to join the Spanish side on loan and play in the Champions League this coming season, and ideally return with Ten Hag’s side having secured a place in next year’s competition. 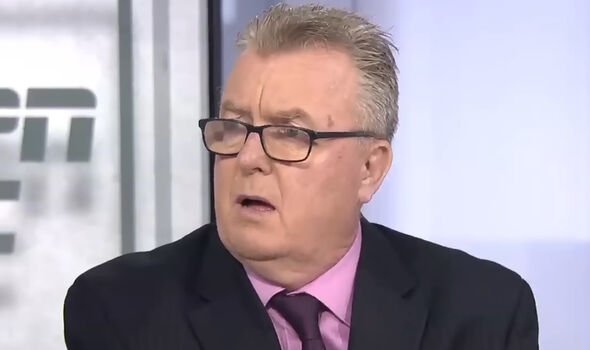 The club have insisted they have “no issue” with Ronaldo leaving the friendly early according to Sky Sports, and he was among several players who left early. The legendary striker was brought off at half-time for Amad Diallo, who took just three minutes to score the game’s opening goal before Alvaro Garcia Rivera equalised for Vallecano.

Ten Hag did not comment on Ronaldo’s performance or his quick exit before the final whistle. “Overall, definitely. I think we [have had] a good pre-season,” Ten Hag said. We make good progress. We are ready for the season.

“I know there is still room for improvement. We have to improve and that is also a process that continues during the season. But, for next week, it’s about the result as well.”