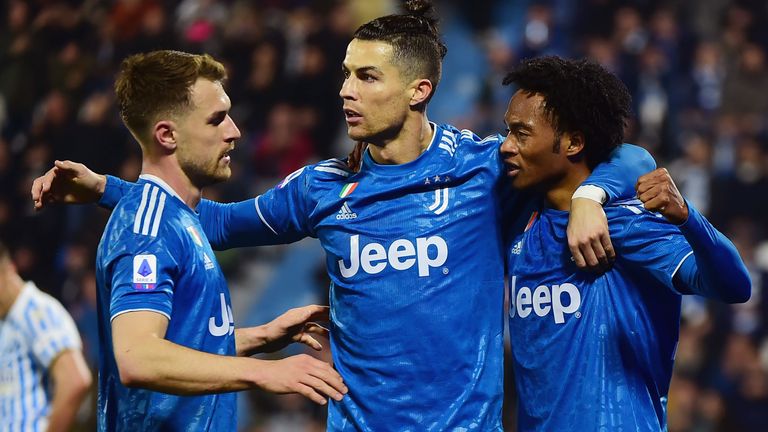 Cristiano Ronaldo marked his 1,000th career game by scoring in a record 11th consecutive Serie A game in Juventus’ 2-1 win at SPAL.

After having an early goal disallowed, Ronaldo broke the deadlock shortly before half-time with a goal that saw him match Gabriel Batistuta and Fabio Quagliarella’s record for scoring in consecutive league matches in Italy.

Aaron Ramsey doubled Juventus’ lead on the hour with his third goal for the club, but Andrea Petagna pulled one back for SPAL from the penalty spot with 20 minutes remaining,

Tags: Football, I, news, Sky, Sports
You may also like
Latest Posts