Cristiano Ronaldo is more likely to have Arkadiusz Milik as his Juventus strike partner next season than Arsenal’s Pierre-Emerick Aubameyang, reports say. The Old Lady are hoping to strengthen their attack come the summer transfer window, with Gonzalo Higuain expected to be shown the door. But it appears Milik is the chosen one ahead of Aubameyang.

Juventus are determined to sign a new attacker this summer to help Ronaldo, with the Old Lady reliant on the Portugal international this season.

The 25-year-old has scored 25 goals across all competitions for the Serie A giants, 13 more than Paulo Dybala and 17 more than Higuain.

Juventus hoped the appointment of Maurizio Sarri would spark new life into Higuain but the Argentina international has struggled this season and is expected to be sold when the transfer window reopens again.

And Bleacher Report say it’s currently Milik, rather than Aubameyang, the Old Lady want to sign to help Ronaldo out.

It’s claimed sources from Juventus have played down reports linking them with the Arsenal striker.

And that may open the door to the rest of Europe’s elite. 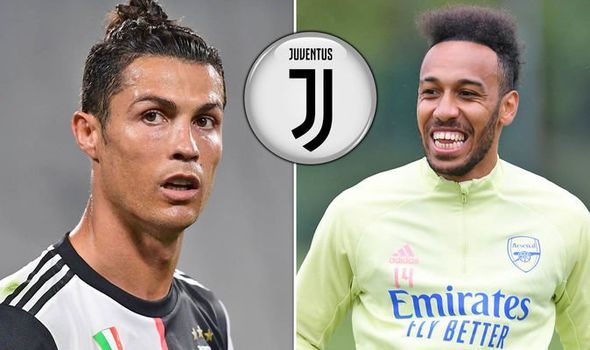 Barcelona have also been linked with Aubameyang as they hunt a replacement for Luis Suarez, who is entering the twilight years of his career.

Real Madrid have long had an interest in the Gabon international and they, too, could be tempted to make a move.

Chelsea were initially frontrunners but, after securing the arrival of Timo Werner, the Blues are unlikely to go after the Arsenal hitman.

Likewise Manchester United, who are content with their current options of Anthony Martial, Marcus Rashford, Mason Greenwood and Odion Ighalo at Old Trafford.

Should Juventus sign Milik, it will represent a hammer blow to Napoli. 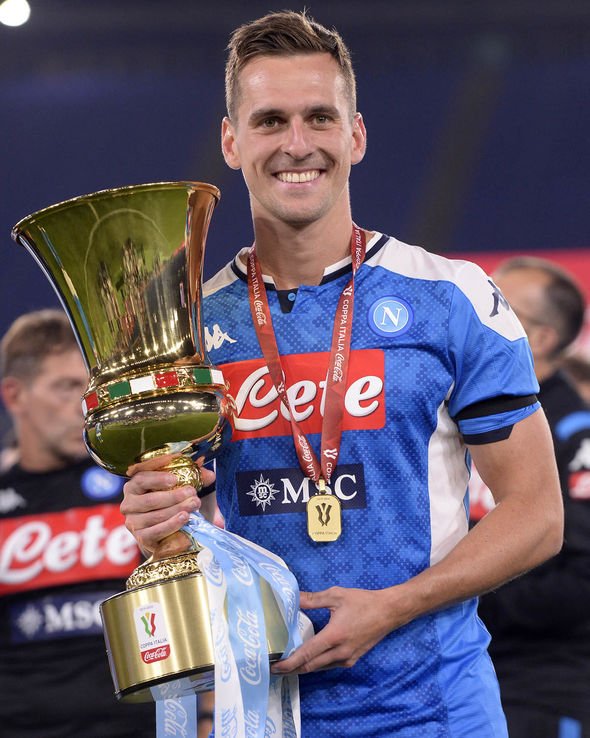 The Poland international has scored 10 goals from 18 Serie A matches for Gennaro Gattuso’s side this season, with injuries limiting his impact.

But when fully fit and firing he ranks as one of the best strikers Italian football has to offer.

Meanwhile, Aubameyang’s contract at Arsenal expires in the summer of 2021.

But Mikel Arteta, speaking earlier in June, insisted he was optimistic the forward would put pen to paper on a new and improved deal.

“We have had many discussions with Pierre, his family and his agent,” the Spaniard said.

“And I am pretty positive we can find the right agreement for all parties.

“I think it’s our responsibility to make him feel this is the right next step in his career. In order to do that he needs to feel valued.

“I think he needs to feel he belongs to us and we want him, and then he really needs to believe we can take this club forward the way we want to and that he’s going to be a key player to do that.

“At the moment I’m extremely happy with how he’s been performing and behaving.

“I think I have a really good relationship with him and we can discuss face to face a lot of things. As far as I’m aware he is very happy at the club.”