Manchester United star Cristiano Ronaldo has been substituted by Erik ten Hag against Rayo Vallecano today. The Portugal international was making his first appearance under his new boss. However, he was hooked in the interval – having struggled to make his mark during the game.

Manchester United have gone strong for their match with Real Vallecano today.

Tom Heaton starts in goal, in front of a back four that consists of Ethan Laird, Lisandro Martinez, Raphael Varane and Alex Telles.

In midfield, Donny van de Beek and Christian Eriksen have been deployed together – with James Garner then acting as an anchorman in the middle of the park.

And Ten Hag decided to start the game with a front three consisting of Ronaldo, Tahith Chong and Alejandro Garnacho.

Now, however, Ronaldo has been taken off after struggling to make his mark during the fixture. 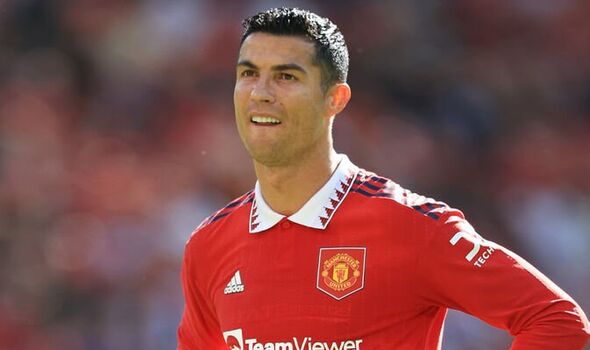