Czech Republic and Denmark will go head to head for a spot in the Euro 2020 semi-finals when they meet in Baku for their quarter-final tie on Saturday (kick-off 5pm BST).

Czech Republic took full advantage of the dismissal of Matthijs de Ligt as they beat Netherlands 2-0 to book their place in the last eight, while Denmark, who won the European Championship back in 1992, secured a convincing 4-0 victory to send Wales crashing out of Euro 2020.

This is the third meeting between the Czech Republic and Denmark at the European Championship – the Czechs have won both previous games, 2-0 in the EURO 2000 group stages and 3-0 in the 2004 quarter-final.

Hjulmand: We can continue to play without fear 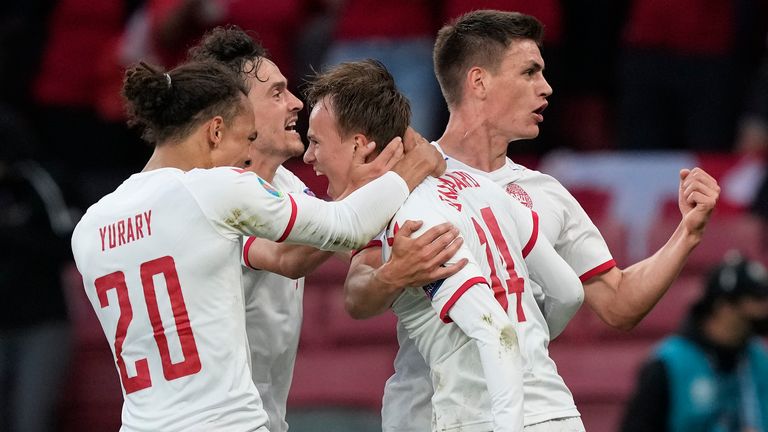 Denmark coach Kasper Hjulmand is confident his side can continue to play without fear as they try to edge close to repeating the feat of their 1992 predecessors.

The Danes have grown in stature as Euro 2020 has progressed after their horrific start when Christian Eriksen collapsed with a cardiac arrest in their opening defeat to Finland. They head into a quarter-final against the Czech Republic in Baku having scored four times in each of their last two matches and Hjulmand hopes the “courage” his players have shown will continue.

“I can’t say compared to other teams if we play with more freedom but I can say an important thing in our game is to play without fear,” the Denmark coach told his pre-match press conference.

“It is up to me to try to make a framework to play in and from there I just want my players to do their best, to show who they are as individuals, to show who we are as a team, leave everything on the pitch. We try to work with courage, with freedom (for the players) to express themselves.

“We’ll play with that heart of Christian Eriksen once again. He is the heart of the team still and with that heart and without that fear we will push the button again tomorrow and give everything.”

“It’s the kind of chance we might never have again, a chance that we have worked incredibly hard for, for a long time. It’s a childhood dream. It’s many, many years’ work for lots of people. We want to make the most of it and do everything to the best of our ability, prepare really well, follow through, and see what we have out there and how far that will take us.”

The last time these two sides met in this tournament was at the same stage of Euro 2004, when the Czechs were 3-0 winners, but coach Jaroslav Silhavy said he would not be using that as motivation.

“I was an assistant to the coach back then and I like to reminisce about this game,” he said.

“This team know how we played back then and that was a big success but the situation is different now.

“I don’t have any motivational speech for this. There is a lot of motivation I can impart to my players but it won’t be reminiscing about the 2004 game.”

“Denmark are really strong as a team, their style is similar to ours. We have to match them in commitment and approach. One simple mistake can decide the whole match. I believe that it will be us who can take advantage of some of our opponents’ mistakes. I think it will be a very tight match and the little things will decide it.” 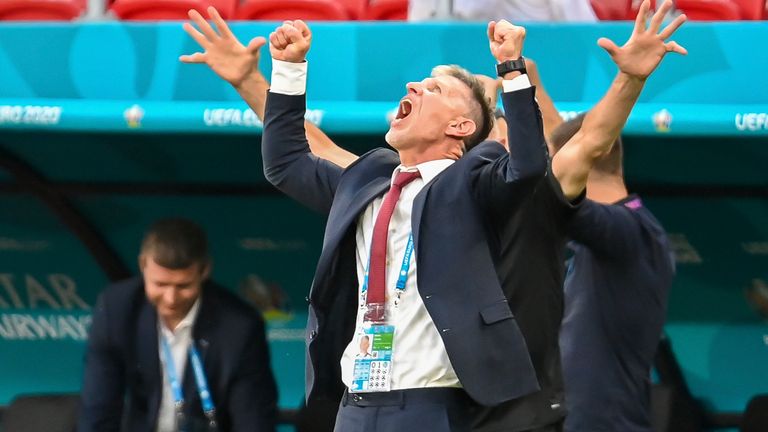 Czech Republic have Jan Boril available following suspension and he is likely to return at left-back.

Jaroslav Silhavy has decisions to make elsewhere; Vladimir Darida and Jakub Jankto were named on the bench against the Netherlands but could replace Antonin Barak and Petr Sevcik if the head coach opts against keeping a winning formula.

Denmark head coach Kasper Hjulmand has been boosted by fitness updates on Yussuf Poulsen, Daniel Wass and Simon Kjaer, who have all overcome knocks.

Poulsen and Wass missed the Wales clash through injury, while Kjaer had to be substituted in the second half, but the trio should be available for the quarter-final contest.

Martin Braithwaite, Kasper Dolberg and Mikkel Damsgaard impressed as the front three last time out and will all be confident of retaining their places. 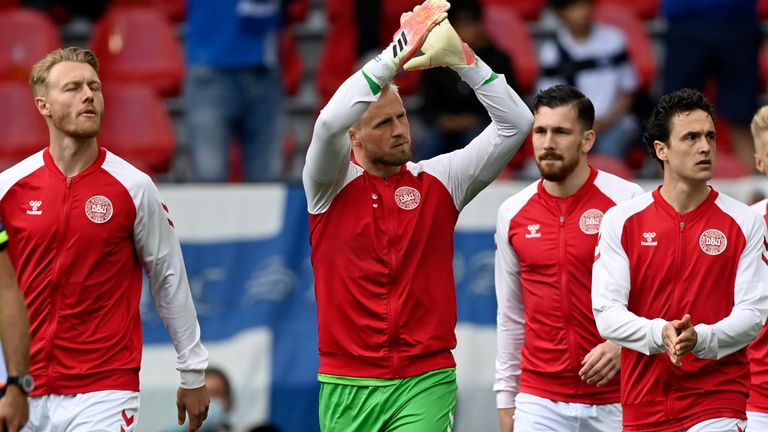 Denmark’s Kasper Schmeichel is closer than most to the 1992 European Championship-winning team as his father Peter was in goal for their surprise triumph.

However, the Leicester goalkeeper insists they are not yet thinking about emulating that feat.

“I’ve not really spoken to him [his dad] about his experiences,” he said. “I think any kid growing up in Denmark knows everything about 1992 and the legend which has been passed on about this team.

Denmark have lost their last two quarter-final ties in major tournaments (World Cup/Euros), going out against Brazil in the 1998 World Cup (2-3) and against Czech Republic in Euro 2004 (0-3).

“It is something we have all grown up with and I don’t think it is different for me than anyone else.

“We don’t want to disappoint, we want to keep making the country and our families proud.

“We’re not thinking about leaving any time soon so tomorrow we will attack one more time.”

Patrik Schick has scored 15 goals in 30 appearances for the Czech Republic, netting four goals in four games at Euro 2020 so far.

Only five players have scored 5 or more goals in their first ever Euros tournament, most recently Antoine Griezmann in 2016 for France (six goals), while one of the other previous five was Schick’s compatriot Milan Baros at Euro 2004 (five).

Meanwhile, Schick has scored three left-footed goals for the Czech Republic at Euro 2020, the most of any player.

In European Championship history, the only player to score more than three left-footed goals in a single tournament was Griezmann at Euro 2016 for France (4). 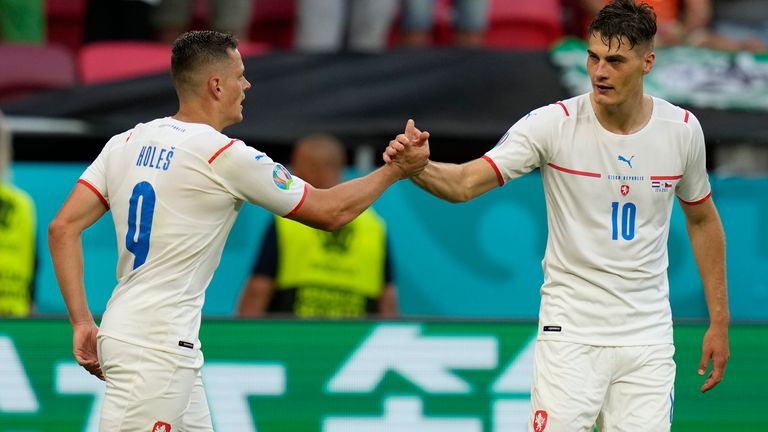 After beating Germany, England are now favourites to go on and win Euro 2020. That was Jamie Carragher’s verdict when he joined the Sky Sports Football Euros Podcast to reflect on England’s historic win over their old rivals at Wembley. He explains why that win could propel Gareth Southgate’s side to new heights and also assesses the key performers in the squad and how the manager may shake things up again for the quarter-final with Ukraine.

In part two of the show, Peter Smith is joined by Sky Sports football writer Charlotte Marsh and Sky Sports data editor Adam Smith to examine the three other quarter-finals and work out who will go through from the ties involving Switzerland vs Spain, Belgium vs Italy, and Czech Republic vs Denmark.

Tags: Czech, Denmark, Euro, Republic, vs
You may also like
Latest Posts