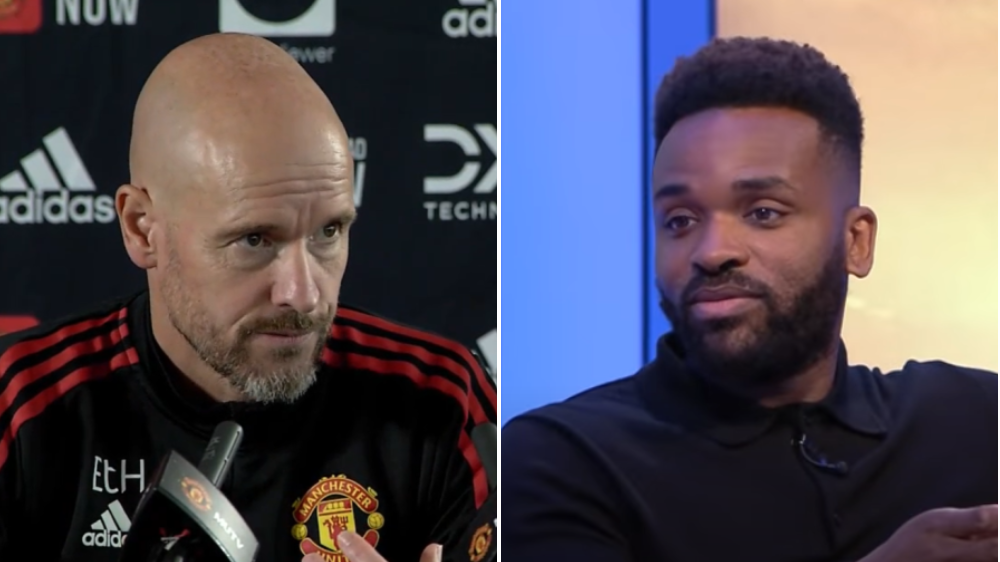 United spent £70m to sign Casemiro from Real Madrid over the summer, but the Brazilian midfielder has barely featured for the Red Devils.

Casemiro, who has signed a four-year deal at Old Trafford, is yet to start a Premier League game, making five substitute appearances following his move from the Bernabeu.

Many United fans hoped to see Casemiro start Sunday’s Manchester derby but Ten Hag once again opted for Scott McTominay and Christian Eriksen as his two deeper midfielders, with Casemiro only coming on for the final 30 minutes.

Bent believes this was further proof that Ten Hag ‘doesn’t trust’ Casemiro and has even suggested the former Ajax boss did not sanction his transfer from Real Madrid.

Speaking on talkSPORT, Bent said: ‘When Manchester United signed Antony, if I can remember rightly, he barely trained and he was straight in the team.

‘Ten Hag was like, “I know him, I want him, he goes straight in”. I just question whether Casemiro was someone Ten Hag truly wanted.

‘You look at Casemiro’s resume and what he’s done in the game, played at the highest level, won the biggest competitions by the way and in the biggest game of Manchester United’s season so far, he doesn’t go in.

‘I just question first of all whether he was Ten Hag’s signing. And secondly, I get it with the legs that [Scott] McTominay’s got, can get about, puts himself about, has done well in this run Manchester United have been on

‘But I’m sure it will be important for us in the long and short-term, he will find himself in the team but it has to come in a natural way.’

After their European encounter, Ten Hag’s side will focus their attention on a Premier League clash against Everton at Goodison Park.