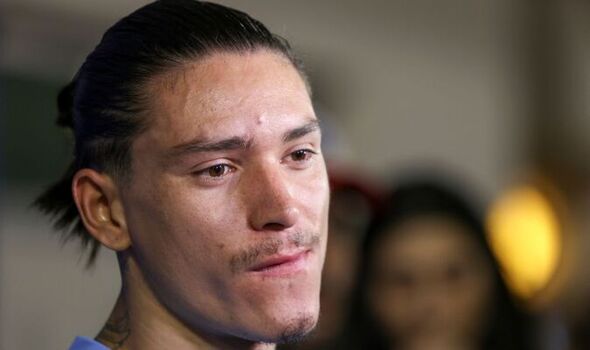 Luis Suarez has revealed he has been helping Darwin Nunez settle at Liverpool behind the scenes to maximise Uruguay’s chances of World Cup glory in Doha. The former Anfield hero knows exactly what it takes to succeed on Merseyside and that’s why he has been willing to prove his compatriot with some worthwhile advice to bolster his prospects of ripping up the Premier League.

The attacking duo are largely expected to partner one another in attack for Uruguay at the World Cup as Suarez looks to make his final tournament count before retirement.

It’s been a wild start to life at Liverpool for £85million frontman Nunez but he is now starting to showcase his quality having bagged nine times in 18 appearances this season in all competitions.

Suarez is not surprised to see his international team-mate hitting the back of the net, telling The Mirror: “Nunez is now playing for Liverpool like I knew he would.

“He has exploded – and I am sure there will be many goals and trophies for him there.

“I speak with him regularly. I want him to help him, for him to learn from my mistakes.”

Nunez could do a lot worse than utilising the experience of Suarez, who rattled in 82 goals for the Reds before joining Barcelona in the summer of 2014.

The former Benfica hitman has now nailed down a starting berth under Jurgen Klopp and signed off in perfect style before the mid-season break following his two-goal showing against Southampton.

Suarez is mindful that on a personal basis, this is likely to be his last shot at World Cup glory as he looks to etch his name into the history books.

He has already scored seven goals at World Cup finals and is responsible for one of the most iconic moments in recent tournament history following his last-minute handball against Ghana in the 2010 quarter-finals.

The centre-forward punched the ball off the line to deny Ghana a late goal before Asamoah Gyan rattled the crossbar with the resulting penalty.

Now Uruguay’s old guard of Suarez, Edinson Cavani and Diego Godin are determined to cement their status as national heroes in Doha, the Nacional striker has revealed.

“You always want to do well at a World Cup – but for many of us we are realistic and know this will probably be our final appearances in the competition, Suarez added.

“Myself, Cavani, Godin, this will be our last time and we want to make it count.

“To play in four World Cups is a dream – but we hope this will be the most special one yet.

“It is always hard to talk about favourites – but of course it is our dream to reach the final and I think South American teams will be strong in the tournament.

“There is Brazil, of course, but Argentina is very strong as well. Since my first day at Barcelona, I had a special relationship with Leo [Messi] and it would be a dream to face my good friend in the final.”