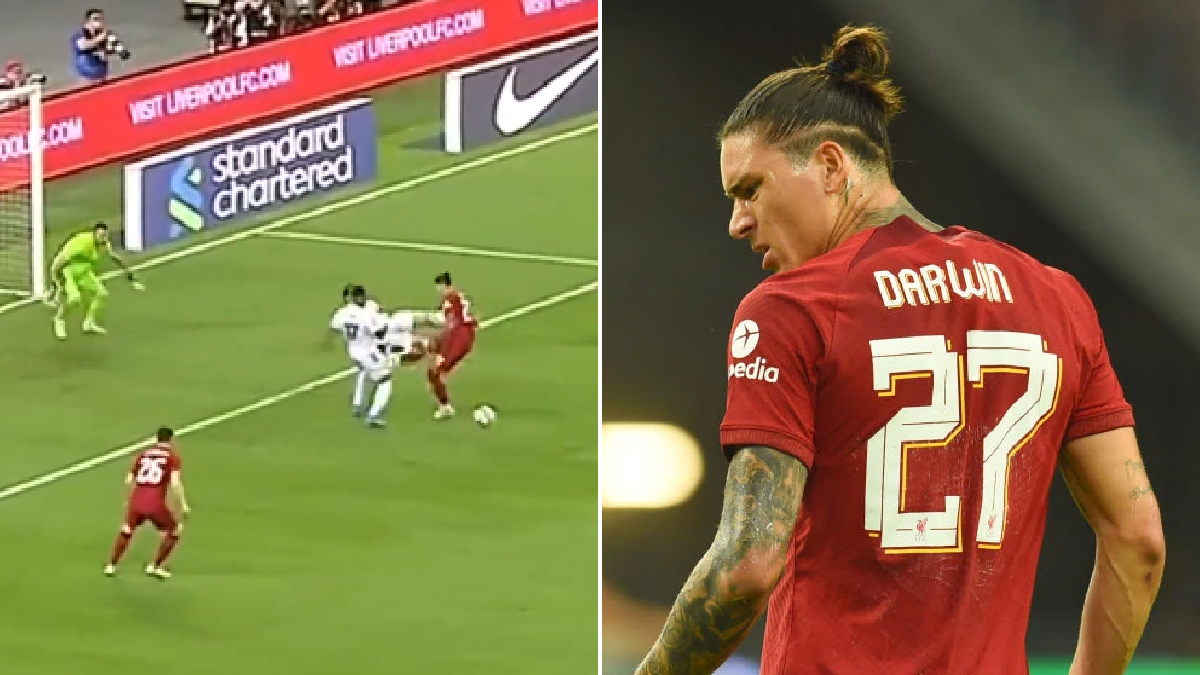 Darwin Nunez is paying no attention to the haters after he was roundly mocked by rival fans for his performance in Liverpool’s 2-0 friendly victory over Crystal Palace.

The Uruguayan missed a sitter in his first outing for the club against Manchester United earlier this week and once again struggled to live up to his £85million price tag in Friday’s friendly in Singapore.

Nunez was subbed on at half-time as Jurgen Klopp effectively fielded two sides, though he was withdrawn after barely half an hour following an uninspiring display.

A compilation of his cameo went viral on social media afterwards, featuring another poor miss and some wayward passing.

Against United, Nunez had blazed over the bar from 10 yards while against Palace he missed the ball completely after a pull-back from Trent Alexander-Arnold.

In defence of the former Benfica man, the cross took a slight touch off a defender before Nunez did a borderline comical air kick.

The compilation also featured a poor attempt to head the ball down to a team-mate – only finding a Palace player – as well as a lazy foul and a terrible pass which went straight out of play.

‘It looked really like proper football, our pressing was extremely obvious, which is very important for us. It’s still really early. I know we don’t have a long time, it’s only two weeks until we face Man City so we should not waste time, but we are only a week together now, with different circumstances – not in our training ground or somewhere in Europe where we are used to the circumstances.

‘No, we are here and we try to squeeze every minute out for training. Apart from Oxlade getting injured – muscle, hamstring, we will see how bad it is – the rest was absolutely top-class.’