David Alaba believes that Bayern Munich teammate Robert Lewandowski should be rated alongside Lionel Messi and Cristiano Ronaldo as one of the best player’s in the world.

The Polish striker scored his 39th goal of the season during the Bundesliga giants’ 3-0 Champions League last-16 win over Chelsea on Tuesday night, finishing from Alphonso Davies’ cross at the far post to add to Serge Gnabry’s double at Stamford Bridge.

And Alaba believes that Lewandowski, who leads the goalscoring charts in both the German top-flight and the Champions League, deserves to be counted alongside the two greatest players on the planet. 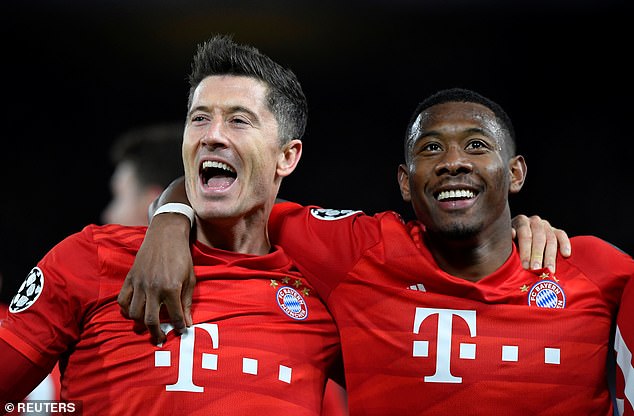 When asked whether the striker is worthy enough to be considered alongside Messi and Ronaldo, Alaba told Goal: ‘Yes, I think so.’

‘He’s a world-class player and a world-class striker. We all know that he can score goals and he showed another side of himself today by giving assists.

‘We know that he is very important to us and we’re grateful to have him in our squad.

‘He shows it every weekend – he’s one of the best and maybe the best striker in the world.

‘He scores goals in almost every game and, of course, I think he deserves to be at the top and spoken about with those guys.’ 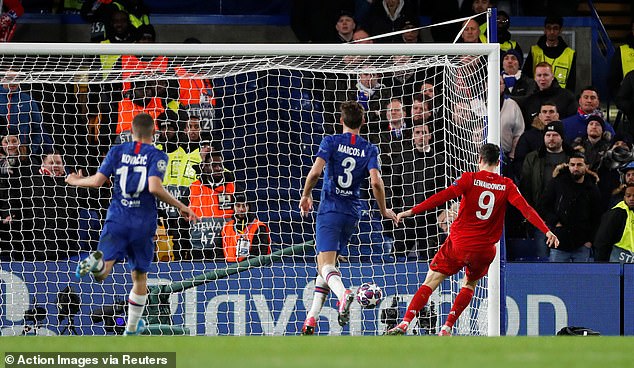 Both Ronaldo and Messi have dominated the top individual awards in football in recent years – one of the pair has won the Ballon d’Or trophy in eleven out of the last twelve years.

While no Bundesliga player has finished in the Ballon d’Or top three since Franck Ribery in 2013, Alaba admits that Lewandowski deserves the accolade this year.

On Lewandowski’s chances of winning the 2020 edition of the award, Alaba said: ‘He deserves it. I see how hard he works every day. He would deserve it.’

The Polish striker’s chances of winning the Ballon d’Or would be boosted if he led Bayern Munich to Champions League glory this season. 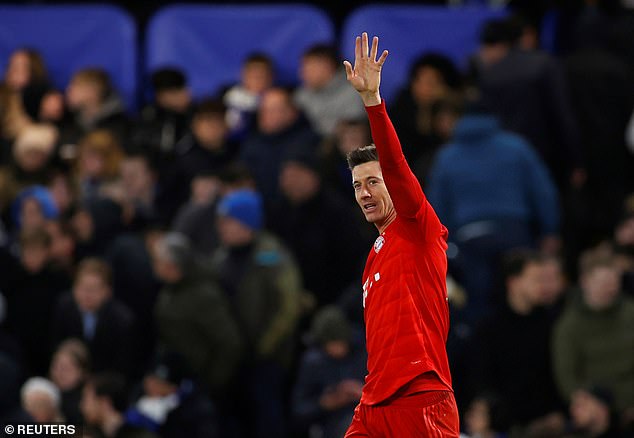 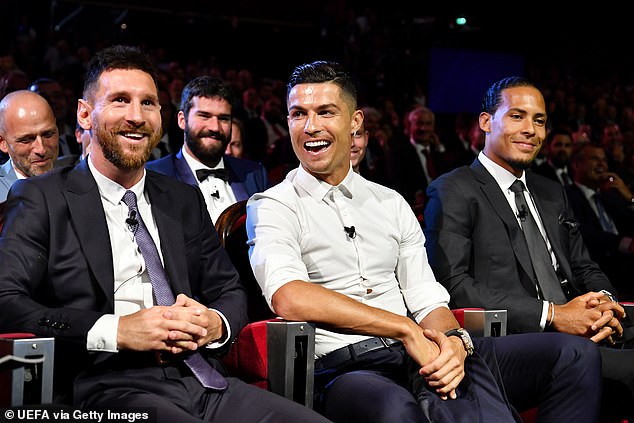 While they took a convincing 3-0 first-leg win over Chelsea in Tuesday’s last-16 tie, the German club do not think they have reached the quarter-final stage just yet, according to Alaba.

‘That’s not how we think,’ the Austrian defender added. ‘There’s a second game and we still have to play that second game.

‘We did very well in the first game, we know that, but anything can happen in football.

‘We have to believe in ourselves but there’s still a long way until the final. We have another game against Chelsea and we have to win to get through. We go from game to game.’