Scotland international goalkeeper David Marshall is undergoing a medical at QPR on Tuesday ahead of a permanent move from Derby County.

The vastly experienced 36-year-old has been on the periphery at Derby this season under Wayne Rooney and has answered a plea from QPR boss Mark Warburton who was facing a keeper crisis.

Regular No 1 Seny Dieng is away with Senegal at AFCON and Jordan Archer injured his shoulder during the penalty shoot out of their weekend FA Cup win over Rotherham United. 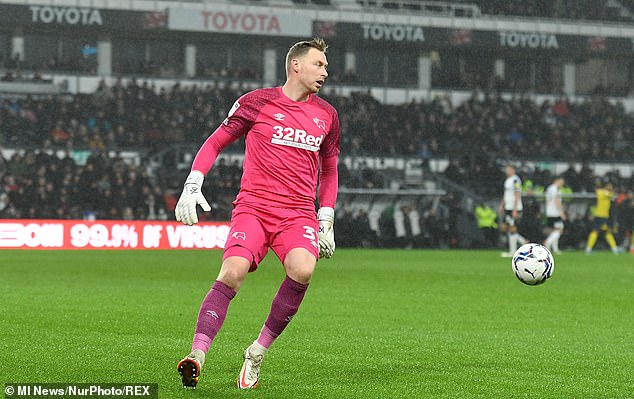 Derby have agreed to let Marshall leave for free to help cut their wage budget and he has travelled to London to complete his medical and other formalities before signing.

QPR currently sit fifth in the Championship table on 41 points – just five points behind Blackburn Rovers who are second and currently occupy the final automatic spot.