As the winner of this year’s Best Picture, Parasite director Bong Joon-ho clearly knows art when he sees it. Which might just be why he is such a big fan of Kevin De Bruyne.

Asked about his dream dinner guests a few months ago, he said they would be Alfred Hitchcock and Martin Scorsese, South Korean former Olympic figure skater Yuna Kim, Jimmy Page from Led Zepellin — and the Manchester City man.

For City fans, the win at the Santiago Bernabeu on Wednesday night must have been like something out of a feelgood Oscar nominee. It is easily their greatest Champions League night and at the centre of it all was De Bruyne, the leading man and director all wrapped into one. 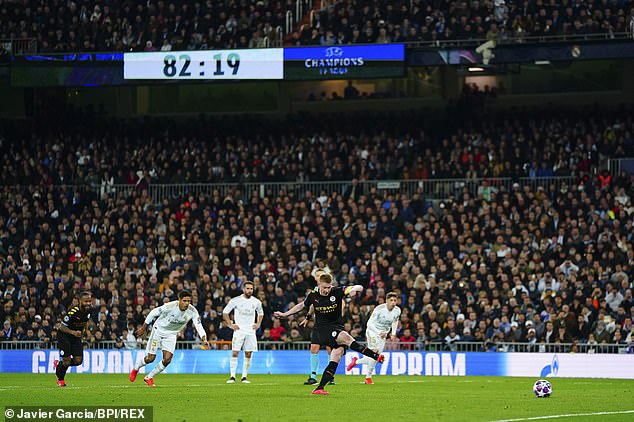 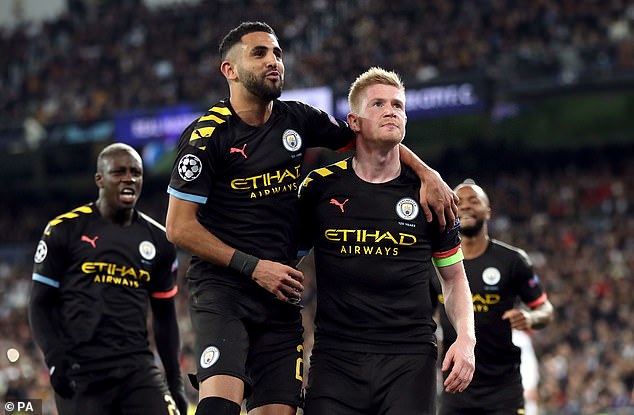 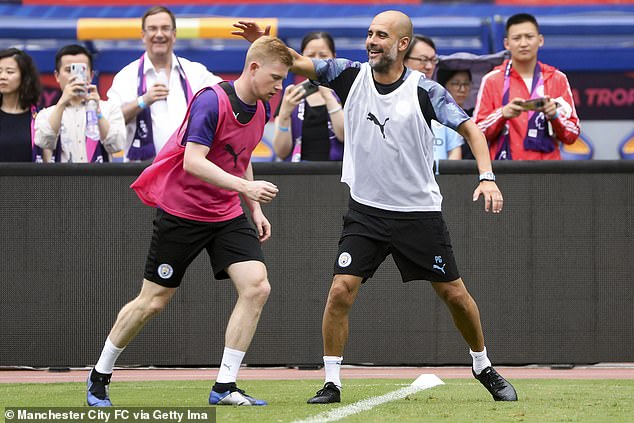 With Liverpool romping the Premier League, it has been easy enough to forget just how good the Belgian is. Madrid gave him the stage to demonstrate his class without those 22 points hanging like an albatross around his neck.

Which is what he did. De Bruyne provided the assist for the opener before scoring the winning goal from the spot. It was a standout display from a standout player.

It befits a man who is thought to be slightly shy and prefers to let his football do the talking. Sportsmail understands that when he was told about Bong’s interest in him, he was ludicrously flattered.

Those invitations might keep coming if he continues to put on displays like Wednesday’s. Even Real have felt De Bruyne’s influence — this year they are sending their youth team along to the tournament he organises in Belgium, the KDB Cup, for the first time. 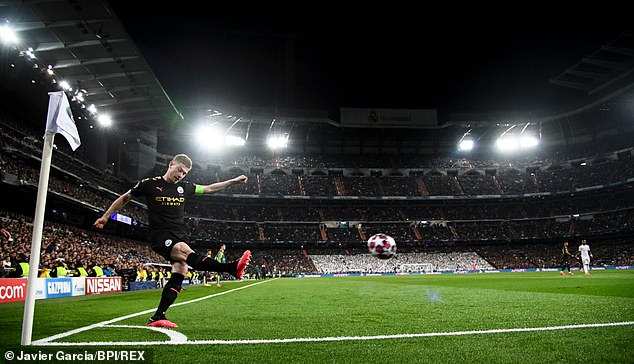 As if to symbolize how much of a positive De Bruyne is for football, Barcelona starlet Ansu Fati benefited from an appearance at the tournament a few years ago.

Back at City he has become the symbol of this side. If Pep Guardiola does not stay in the hotseat for much longer, his spell in charge will be defined by the majesty of De Bruyne and the player he has helped him develop into.

Remember that when the Spaniard first showed up at the Etihad, De Bruyne was a talented if slightly under-the-radar winger. City had paid £55million for him and his reputation in England was tainted by the words ‘Chelsea flop’. While he always impressed in their blue, Jose Mourinho cast him aside. 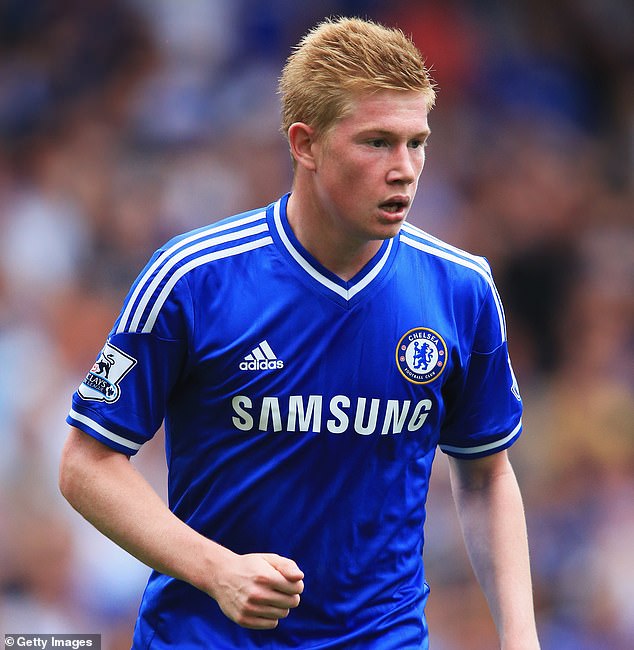 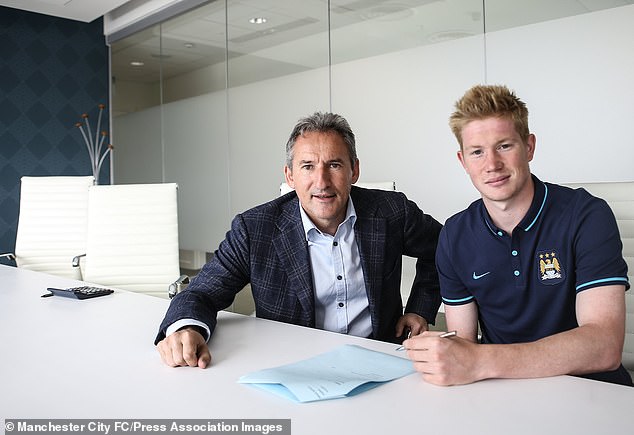 De Bruyne signed for City in a £55m deal, which felt overpriced at the time 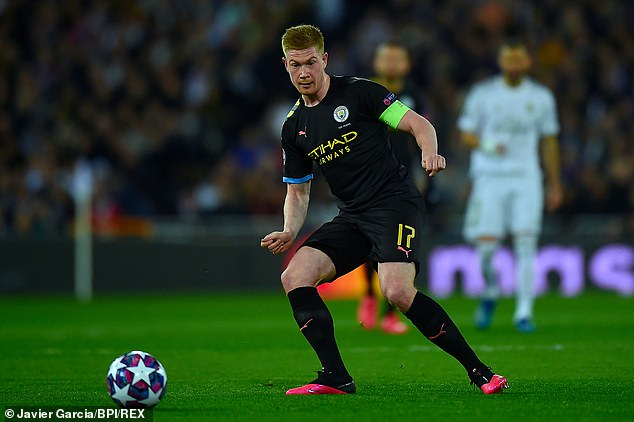 That first campaign, the price-tag was an issue and it felt as though they had overpaid. Then Guardiola came in and shifted him into the middle. The manager’s view on his man was clear from the off: ‘I think he is a special, outstanding player. He makes everything.

He has been integral to a side that has won the Premier League twice, helping to break records along the way, and has almost become a unique player in the division. He is a central midfielder who is ludicrously effective from out wide, becoming an assist king.

It essentially gives him two jobs – crafting from the middle of the park and filling in when Guardiola’s wingers come inside to flood the box. Filling in, though, might understate just how brilliant those crosses are. 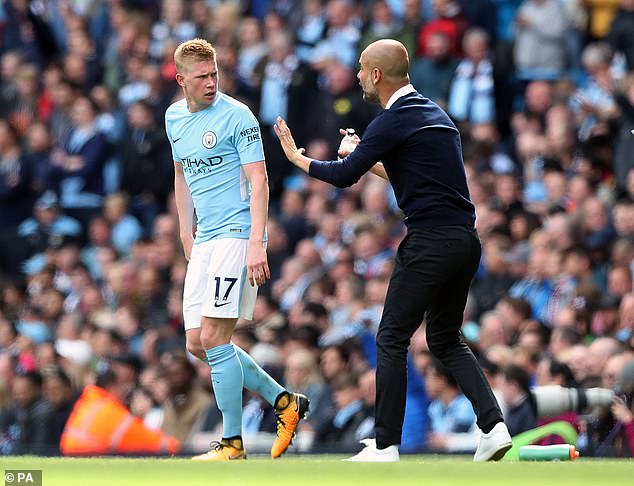 This season he has already created 16 goals in the league, with the record standing at 20 for a single campaign. Some of his balls into the box seem to defy physics and what a player is meant to be able to see on the pitch.

Add in the fact that he has a rocket on the end of both feet and he is a sensationally effective player.

He’s arguably undervalued now at £55m. It would be hard to imagine what he might be worth in the market.

Sportsmail columnist Jamie Redknapp suggested he is the best player in the country recently. Speaking after their win over West Ham on February 19, he said: ‘When he’s on the pitch he’s head and shoulders above anyone else. I didn’t think David Silva could be beaten but Kevin De Bruyne is taking it to the next level. 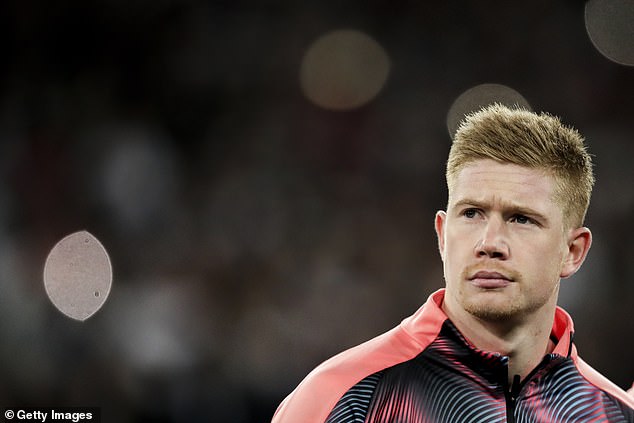 ‘It was like he had a force field around him today – no one was allowed to tackle him. His passes are always so inviting, cutting open defences.

‘It was also what he did without the ball – his all round game right now is on another level.

‘He’s not in the team of the year but for me he’s the player of the year. The contenders Virgil van Dijk – amazing season, Henderson – big fan, even (Sadio) Mane – but look at De Bruyne’s numbers, (he’s) miles ahead of those around him.

‘He is the best player in the country right now by a mile.’ 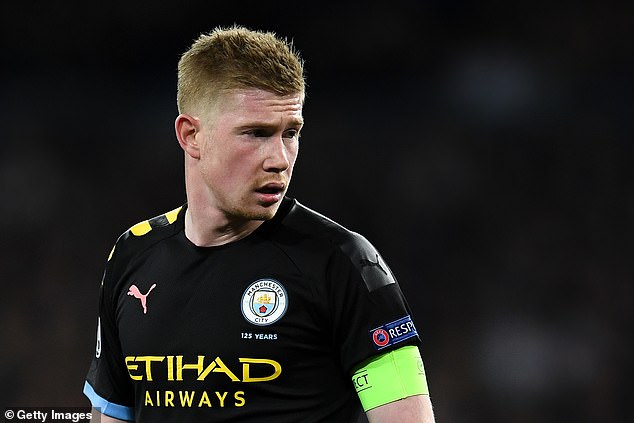 The 28-year-old is willing to stay at City amid the UEFA ban, Sportsmail understands

He proved that on Wednesday. City might not have many of these nights in the near future, given the UEFA ban looming over them. For the fans who travelled, it would have been priceless to see De Bruyne deliver such a display.

Equally as positive will have been the news that Sportsmail understands that De Bruyne is in the pack of City players who are willing to stick around during the two-year ban.

Domestic issues will be at the fore during that time and De Bruyne has been impressing there in recent weeks. He starred against Leicester and bagged against West Ham. In total he has eight goals in the league this season. 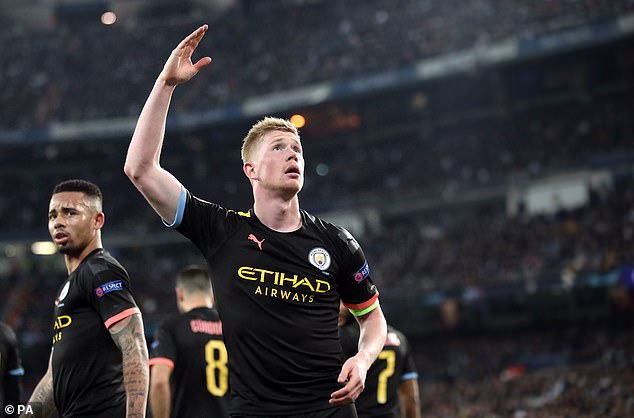 Because he has been around so long, it feels as though he is older than he is but at 28 he can still have another tilt at Europe when the ban is lifted from City.

Before their absence from continental competition is felt though, City will be hoping the performance against Real hints at a long run this season.

If they want to rattle through sequel after sequel between now and the end of May, as they go for their last shot at Champions League glory, there’s going to be one star man — that is, if De Bruyne can fit it in around dinner parties. 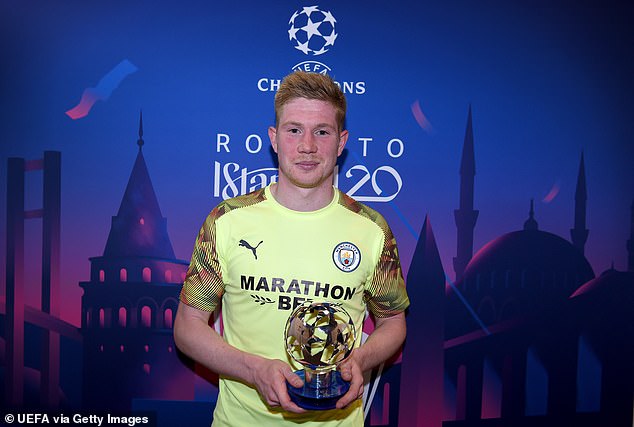