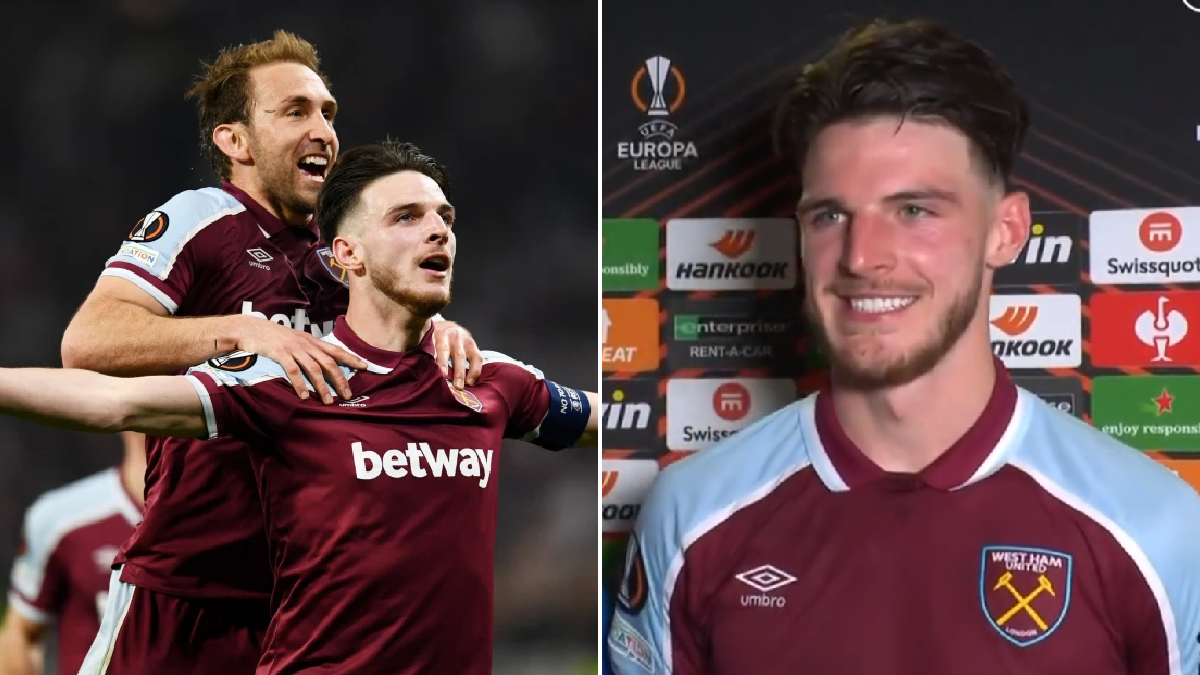 Declan Rice has hit out at Lyon striker Moussa Dembele and the club’s Twitter admin and says West Ham had extra incentive to beat the French side in their Europa League quarter-final clash.

The east Londoners faced a difficult challenge on Thursday night after drawing 1-1 in the first leg, with Aaron Cresswell suspended and Kurt Zouma missing the match through injury.

But quick-fire goals just before half-time from Craig Dawson and Rice put the Hammers ahead and their progress to the semi-final was secured when Jarrod Bowen netted shortly after the restart.

A 3-0 win on the night – and 4-1 on aggregate – means West Ham will now take on Frankfurt, who pulled off a stunning upset to net three times at Camp Nou and knock out Barcelona.

After the game, Rice revealed that West Ham’s players were extra fired up to win after a provocative tweet from Lyon’s Twitter account suggesting the tie was already over, while the Hammers were also unhappy with Dembele for winking after getting Cresswell sent off.

Speaking to BT Sport after the match, Rice said: ‘I feel like if you can’t get up for these games then you shouldn’t be playing football.

‘The roar from the warm-up was spine-tingling really, really gives you that fire in your stomach to go out there and perform. And there were a few incentives tonight for us to go out there and win, obviously Dembele winking in the first leg at the camera.