Declan Rice has admitted that West Ham fans were right to boo his side after they were beaten by Crystal Palace 2-1 at the London Stadium on Sunday.

Boos rang out inside the ground after Michael Olise scored a spectacular goal in the fourth minute of Injury time, that saw the visitors nick a last gasp win away from the Hammers.

After the match, the England international told Sky Sports that he thought the home supporters were right to boo his team, after what was a ‘frustratingly’ poor performance. 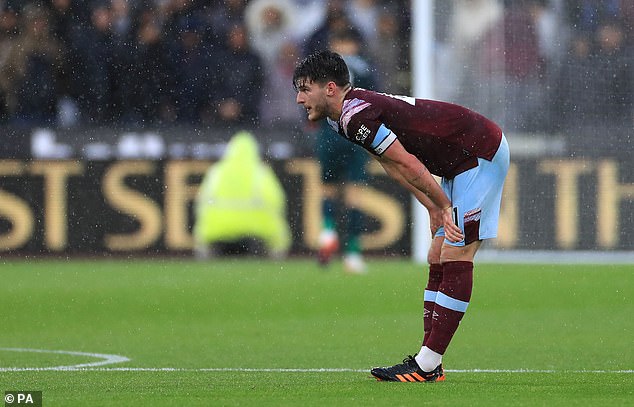 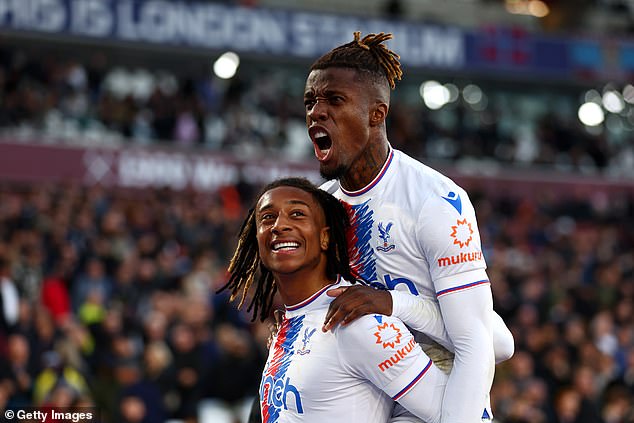 ‘Fans can voice their opinions,’ the 23-year-old said. ‘They pay their hard-earned money. They’re probably right to boo us in a way because we weren’t good enough.

‘From the way I’m feeling and the way I saw the lads, I’m devastated. That was a game we had to win. Two big games before the World Cup and you lose one of them so you’re counting on the next game.’

West Ham will be left licking their wounds, after they let a 1-0 lead slip away from them.

Said Benrhama put the home side ahead on his 100th appearance for the club,  belting the ball past Palace ‘keeper Vicente Guaita from the edge of the penalty area, to give David Moyes’ side an early lead.

But West Ham were sloppy throughout and allowed Palace back into the game, with Wilfred Zaha capitalising on a mistake from Thilo Kehrer who gave the ball away in a compromising position. 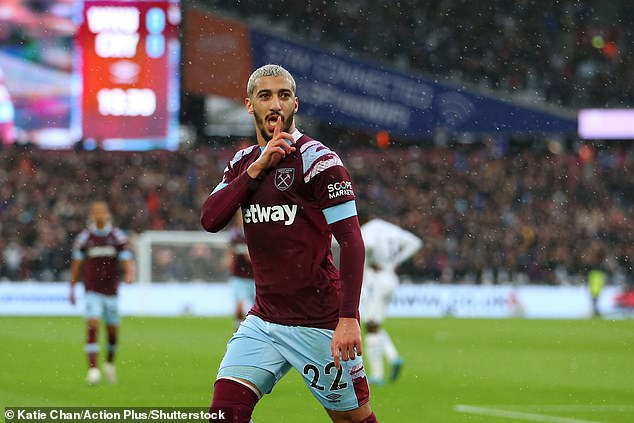 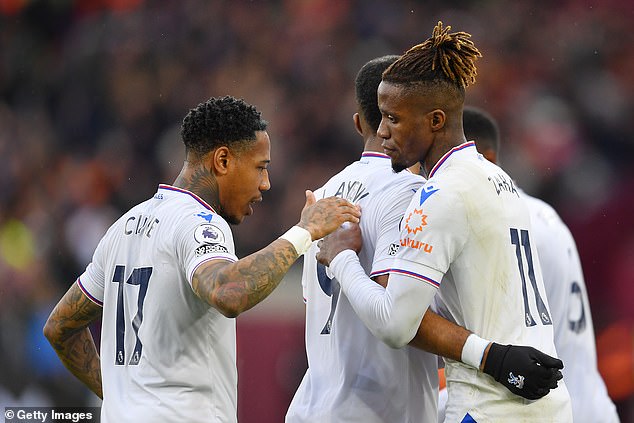 That allowed the Eagle’s forward to regain possession and hit a thunderous strike past the West Ham goalkeeper Lukasz Fabianski, to pull the away side level.

But it was heartache for the Irons, who conceded a goal in the fourth minute of injury time, with Olise curling a simply stunning strike into the top left corner, leaving the Hammers players with their heads in their hands.

‘In the last couple of years we’d have won a game like this and been comfortable in the table,’ Rice said. 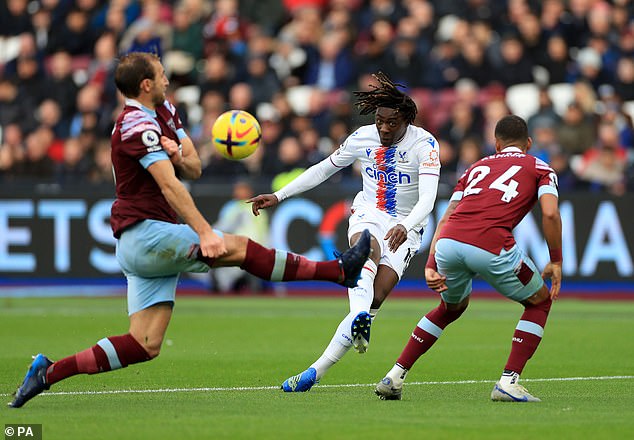 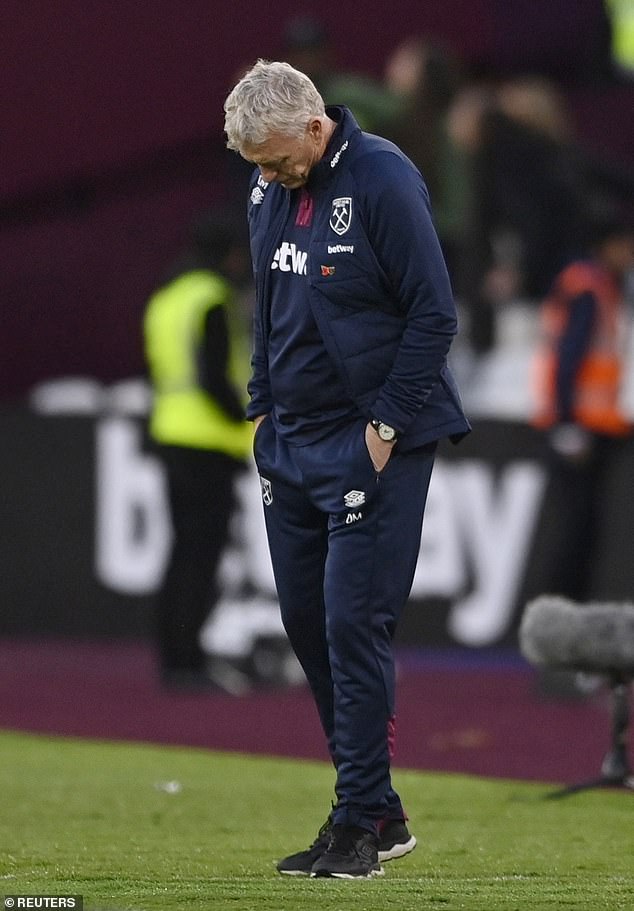 ‘We can keep the ball for fun in some away games and then at home we look a different team. It’s been good in Europe but we’re too inconsistent in the Premier League. We’ll bounce back for sure.’

It’s been a topsy-turvy year for Moyes’ side, who look a shade of their last-season selves, sitting at a lowly 15th in the Premier League table, having lost eight of their opening 15 games, despite going unbeaten in the Europa Conference League.

Yet they have won just one game in their last five outings, with their fans clearly expressing their views on the teams’ current form, with boos ringing out at the London Stadium during and after the match.

And it seems they may be starting to question the decisions of their manager, particularly after he chose to substitute Benrahma, in the 67th minute, while the London side chased a winner.

Boos were heard around the stadium at the decision, with Benrahma being one of West Ham’s most threatening players during the match, having already scored a goal.

Perhaps the World Cup break will be a good opportunity for Moyes to take stock of his sides current form and how he plans to utilise his key players going forward, to lift the Irons away from the danger of relegation.