Troy Deeney has revealed his father once picked him up with a man locked in the boot of his car in an astonishing story from his early career.

The forward, now at Birmingham after switching from long-term club Watford this summer, told the story in a column for The Sun, in which he reflected on his family life and the early moments during his carer.

Deeney was playing for Walsall at the time, where he spent four years before joining Watford in 2010, scoring 27 goals in 130 appearances. 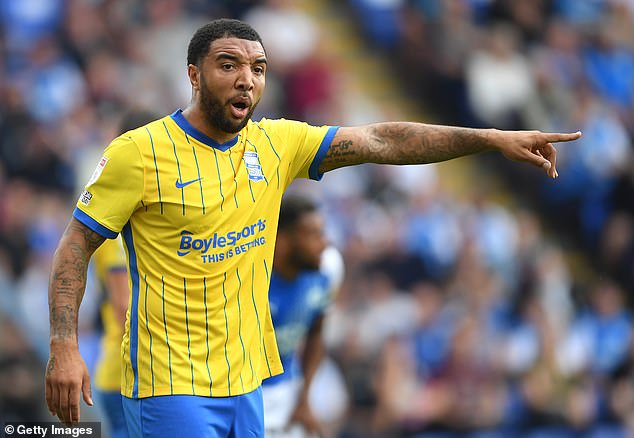 Deeney recalled the tale of his adoptive father, Paul Anthony Burke, who picked him up from a game against Northampton in an unfamiliar blue Mercedes.

‘He didn’t have a car. He didn’t even have a licence. He had never passed his test. He had never taken his test. I assumed the Mercedes was ­’borrowed’ but I got in and we set off down the M1.’ 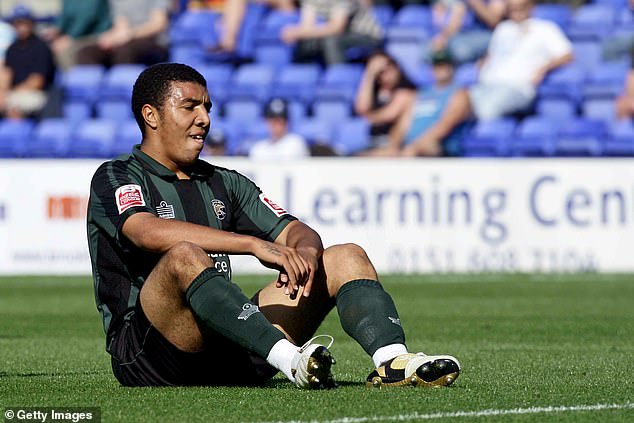 The Englishman, 33. was playing for Walsall when the incident with his father occurred

Deeney reveals he was unaware of the unexpected passenger at first, with the pair speaking about the Northampton game as normal.

It was when they stopped to get petrol that Deeney became aware of the situation.

‘He had the music turned up loud and everything was cool and we chatted about the game,’ Deeney continued.

‘Then we stopped to get ­petrol. The music went off and I heard this banging coming from behind.’

Deeney’s father Burke told him: ‘Don’t worry about that. There’s someone in there but I’m going to drop him off in a bit. He owes my pal some money, so I’ve taken him on a little journey for the day.

Deeney continued: ‘There was me trying to make a career at Walsall and we are driving around with a bloke in the boot of the car.’ 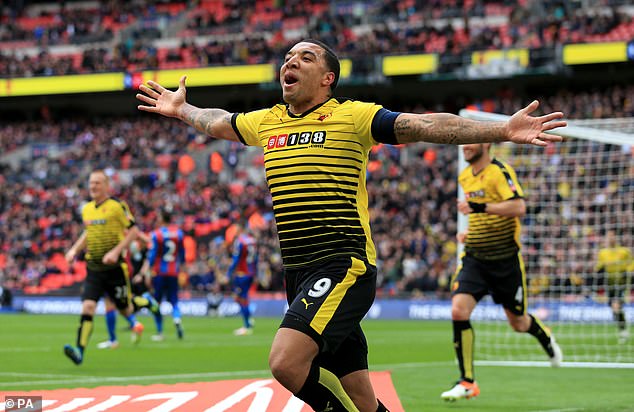 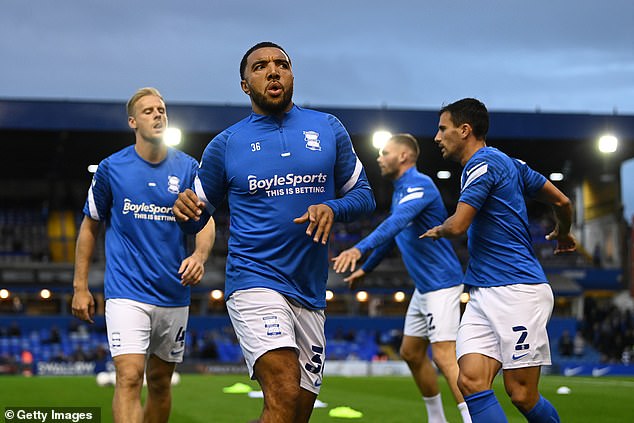 Deeney revealed that the man in the boot was a small-time drug dealer based outside of the Birmingham city centre in the Chelmsley Wood estate.

The 33-year-old, who was born in Birmingham, signed a two-year deal with his boyhood club this summer after he departed Watford following an 11-year stay.

The legendary Hornets forward scored 140 goals in 419 appearances for the club, but was released with a year remaining on his contract.

Deeney has scored one goal in three appearances to date for Birmingham, who play at home to Preston on Saturday afternoon.

Tags: dad, Deeney, once, picked, reveals
You may also like
Latest Posts