Arsenal could snap up a perfect alternative to Mykahylo Mudryk with Shakhtar Donetsk set to demand big money for the Ukrainian star. For a similar price, the Gunners could reportedly get their hands on Barcelona ace Ousmane Dembele thanks to a release clause included in his new contract.

Mikel Arteta was expected to go after a new winger over the summer, particularly when out-of-favour Nicolas Pepe headed to Nice on loan. But an injury to Mohamed Elneny forced Arsenal to switch focus towards signing a midfielder, although their efforts to land Douglas Luiz on deadline day proved unsuccessful.

In Gabriel Martinelli and Bukayo Saka, the Gunners already have one of the most exciting wide pairings in the Premier League. But aside from Emile Smith Rowe, there is little in the way of senior back-up that could make a telling impact in case of an injury crisis or a dip in form.

Mudryk has been touted as an option for Arsenal and they supposedly explored the possibility of signing him during the summer, but decided against launching a bid after gauging Shakhtar’s asking price.

JUST IN: Tottenham and Leeds may have shot at free transfer in January as ‘contract poker’ underway 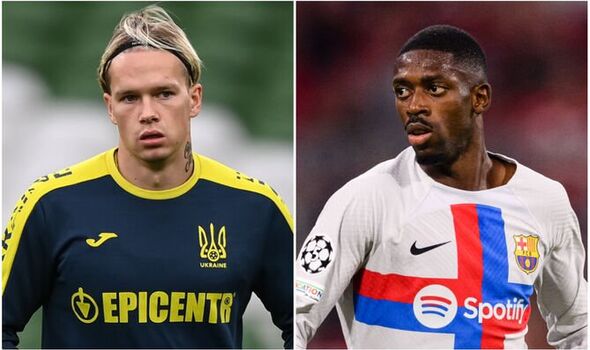 Transfer expert Fabrizio Romano claims that the Ukrainian outfit could demand more than £44m for the 21-year-old, who club president Darijo Srna claims is one of the best wingers in Europe despite having only just over 50 games of senior club football under his belt.

If that price tag proves enough to turn Arsenal off for good, they could consider a move for Barca star Dembele. The jet-heeled winger renewed his contract at the Nou Camp back in July but L’Equipe claim that a £42m release clause will come into play next summer.

At that fee, Dembele’s scintillating form and undeniable talent is sure to have top clubs around Europe queuing up to offer him a contract. The 25-year-old remains one of the most expensive signings of all time after Barca paid out an eye-watering £135.5m package to sign him from Borussia Dortmund in 2017.

Injuries hampered his progress for years but a consistent run of fitness under Xavi has taken his performances up a notch over the past few months. Dembele finished last campaign with 13 assists in 21 La Liga appearances and he already has four goal contributions in six matches this time around. 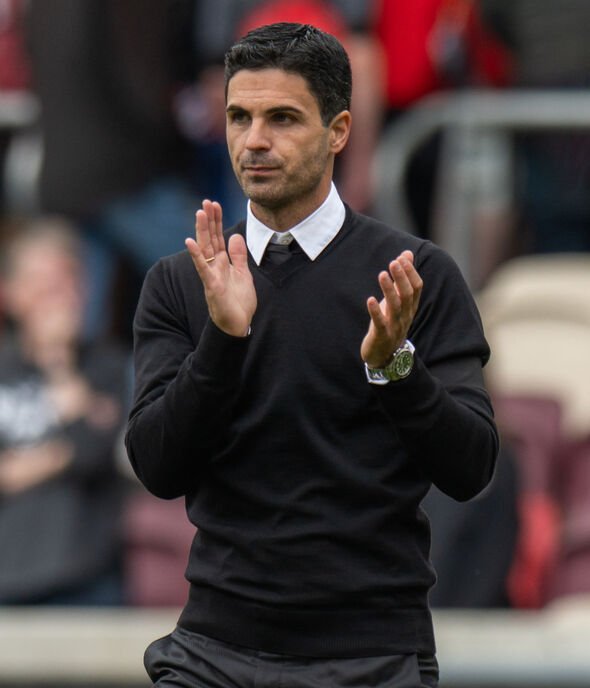 The French international is certainly of the calibre to challenge Arsenal’s current pecking order out wide and the Gunners may be able to offer Champions League football next term, having started 2022/23 in impressive form.

Former Barcelona forward Martin Braithwaite is among the players to have heaped praise on Dembele, who has been a household name in European football since he was a teenager. “He makes the difference more than Lewandowski,” he said. “Ousmane is a very good kid, I like him a lot. He has an enormous talent, I have never seen anything like it. [Lionel] Messi is something else, but I have never seen anyone like Ousmane.”