Di Maria scored the only goal of the game to seal a 1-0 victory over the Brazil at the Maracana, and secure a first major trophy for the Argentines since 1993 when they triumphed in the same competition.

The 33-year-old has missed big games in recent years for his country, including the 2016 Copa America final due to injuries; and the Paris Saint-Germain star singled out Messi for inspiring him to make up for all the matches he wasn’t able to take part in. 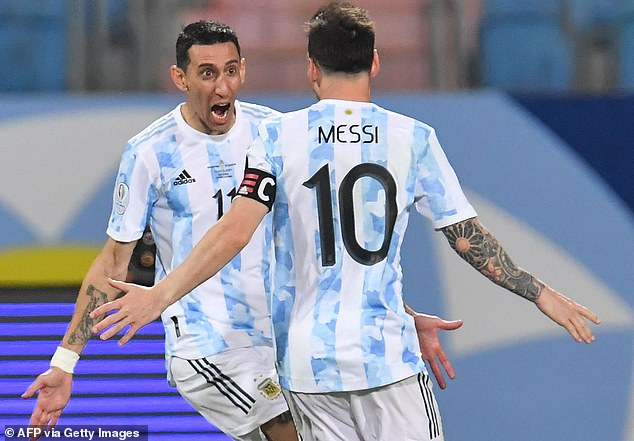 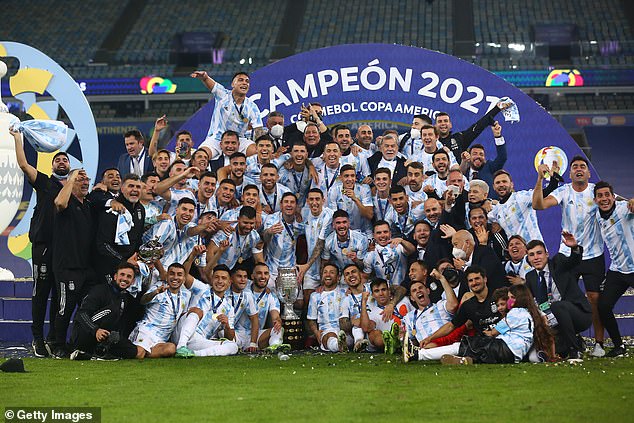 ‘It’s going to be unforgettable,’ Di Maria said after the game. ‘Messi told me thanks to me, I said thanks to him!

‘He told me that it was my final, that it was the rematch for the finals that I couldn’t play. It had to be today and today it was.’

He added: ‘I am happy for my daughters, my wife, my parents, all the people who supported us and for all the crazy people who came here.

‘A World Cup is coming up soon and this is a huge boost.’ 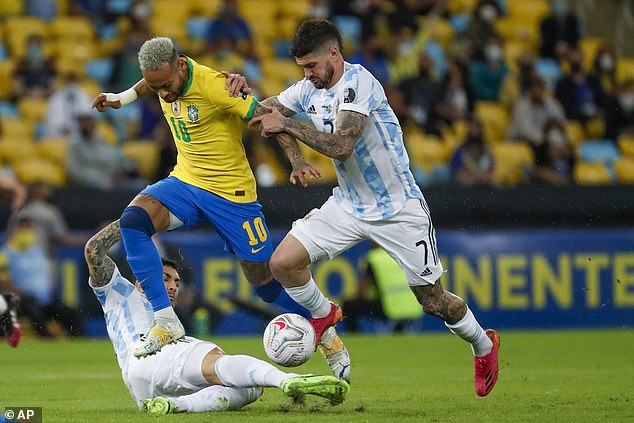 The Argentines were superbly marshalled in midfield by Rodrigo De Paul which allowed Lionel Scaloni’s side to take control of the game in the middle of the park.

Messi, who scored four goals to lead his country to the final wasn’t required to produce one of his mesmeric displays to win the game, and De Paul was one of several team-mates happy that he finally got his hands on that elusive international trophy.

‘This is more than we dreamed of,’ De Paul said. ‘Being champion in the Maracana against Brazil exceeds all kinds of expectations. I am very happy.

‘Messi needed everyone, and we needed him. He is the best of all time.’