Happy: it is the word that is readily put forward by Luis Diaz’s new colleagues when they are asked to describe him.

Diaz, who Liverpool signed in January from Porto, is still very much in the acclimatisation period to a new life and career. The Colombian speaks barely a word of English and Jurgen Klopp has been so conscious not to overload him with too much information that instructions in training are kept brief.

Communication might not be easy but one thing that is clear to all is the joy with which he attacks each day, his enthusiasm and energy has been infectious and the squad have readily embraced a player who outstanding ability was evident from the first session he took part in at their Kirkby HQ. 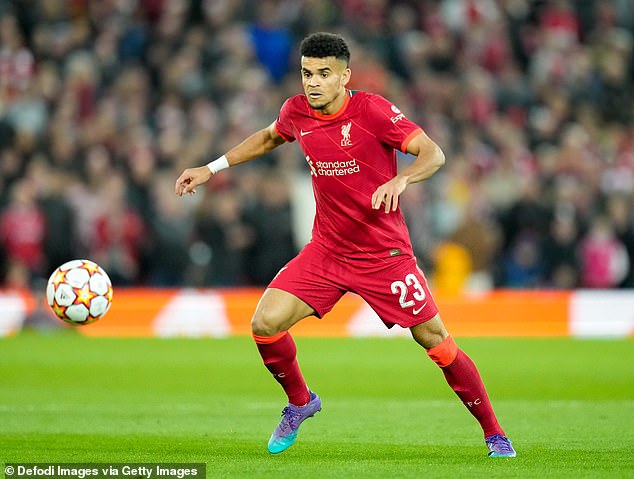 There is no question that Diaz was one of the sparks that helped ignite Liverpool in the second half of this campaign and he has quickly established himself as not just a hit with team-mates and fans but as a member of Klopp’s ‘A’ team.

Klopp unleashed his current strongest starting line-up, as you would expect, for the first leg of this Champions League semi-final and the inclusion of Diaz on the left wing, with Sadio Mane tucked inside, instantly caught the eye.

The intention was to blow Villarreal away with one of those starts that left the Manchester clubs seeing stars earlier this month but, with Unai Emery a canny and tactically astute operator, it was never going to be that straightforward. 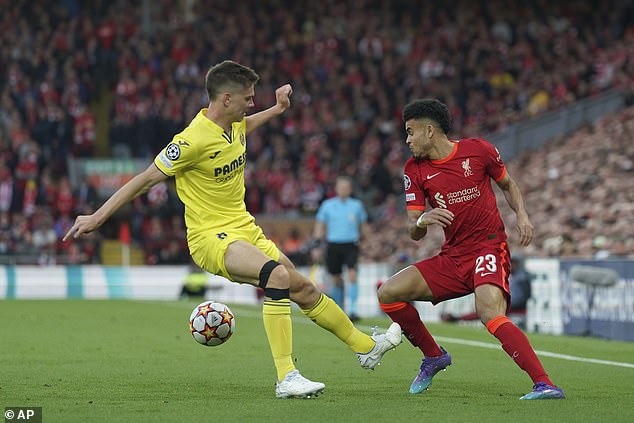 Diaz was exasperated at times in the tie at Anfield, but parts of his play were treated to gasps

And for the first time in what many believe will be an outstanding Anfield career, we saw Diaz in a different light – the happiness and the big smile replaced by a frown and exasperated hand gestures, as the avenues he wanted to scuttle down were blocked.

It wasn’t that his performance was bad – absolutely not. Diaz was his usual figure of perpetual motion, dashing and darting amongst yellow jerseys, keeping the ball flowing with intelligent passes and sensible decisions.

You could see, however, that he was desperate to entertain. His first contribution when coming on in the Merseyside derby last Sunday was a quite wonderful back-heeled cushioned control, the type of moment that was greeted by gasps.

Much of what he tried, though, was dealt with – a 31st minute shot was punched away by Geronimo Rulli, another effort on the stroke of half-time was blocked. In between, when he had been crudely brought down, he jumped up and admonished Polish referee Szymon Marciniak. 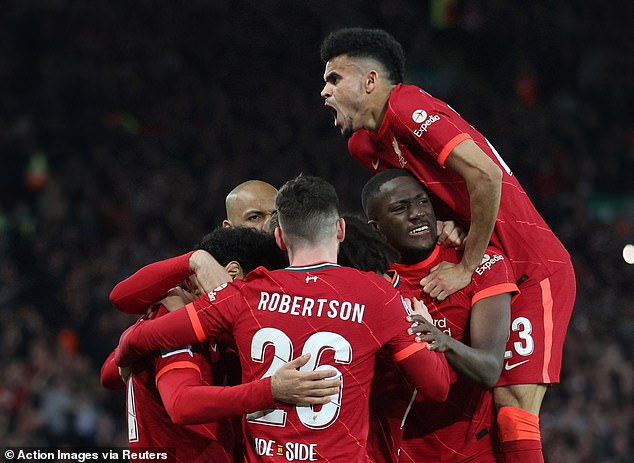 By the end, Diaz (top, right) was flying once again and was also treated to a standing ovation 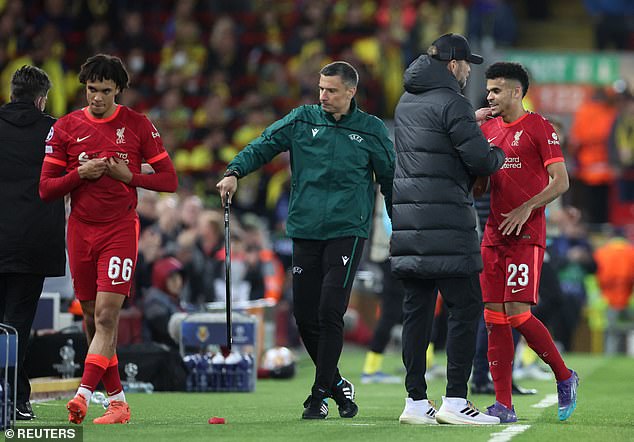 Liverpool supporters know all about quality and in star forward Diaz, they see it in abundance

But half-time came at the right time and the interval allowed Diaz and his team-mates to regather their composure, to the point that efforts were able to propel them to the point of securing a place in next month’s final in Paris.

Had Jordan Henderson’s deflected shot hit a post, Diaz was the man who was going to be on hand to tap in to an empty net. Instead, he watched the ball loop in and out came that big happy smile once more, as the tension been lanced.

By the end, Diaz was flying once again, tormenting right-back Pervis Estupinian at will. He deserved a goal but, character that he is, he was thrilled with the end result and was given a standing ovation as he left the field. No wonder. They know quality around here when they see it and Diaz, certainly, has it.