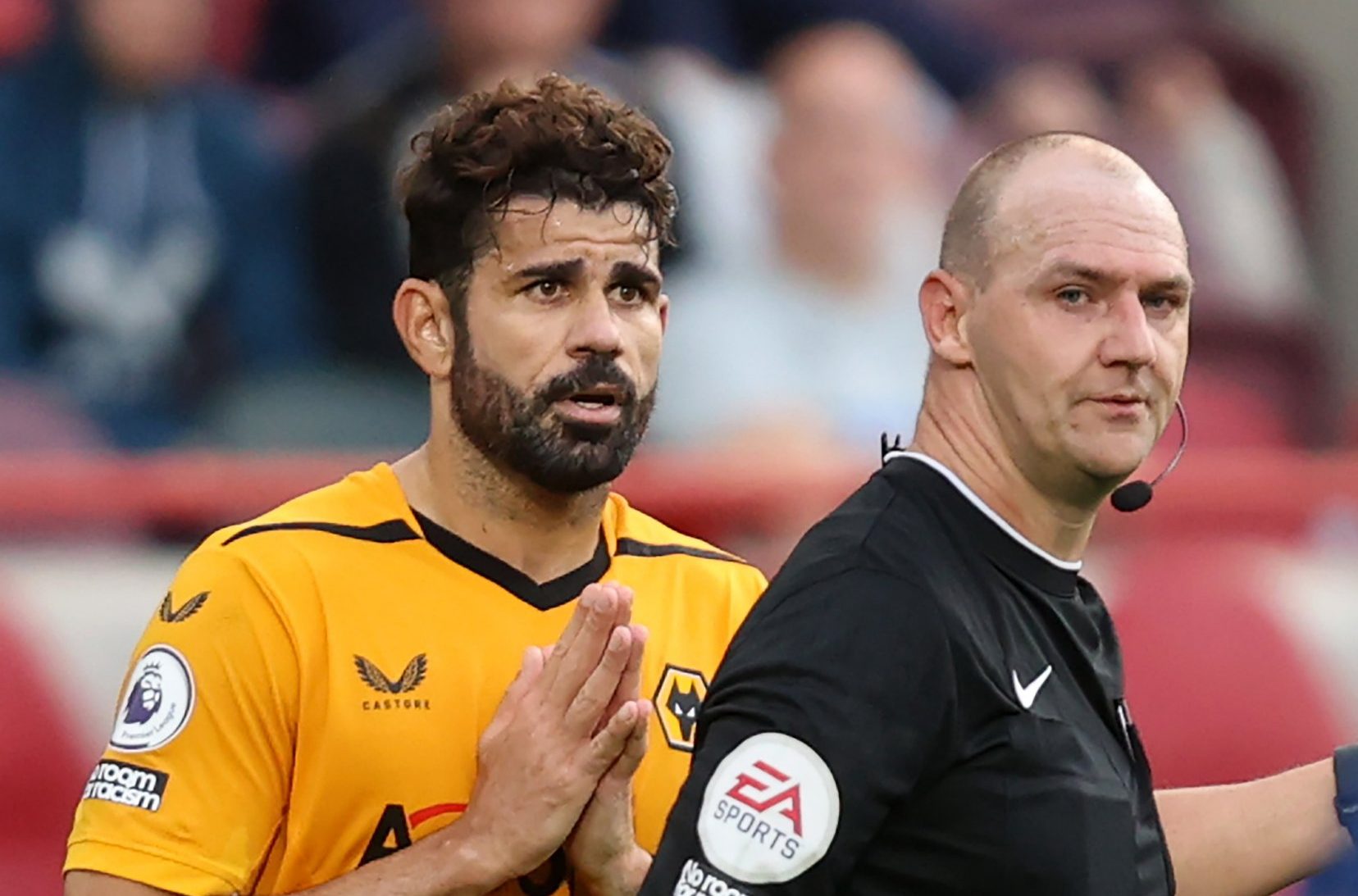 Diego Costa issued an apology to his Wolves teammates after his red card in the 1-1 draw with Brentford on Saturday.

Costa, meanwhile, is yet to score in six matches since making his Premier League return and the former Chelsea striker now faces an extended spell on the sidelines.

In the closing stages of the draw with Brentford, Costa was sent off for violent conduct after he headbutted Mee off the ball.

The 34-year-old will now serve a three-game ban, meaning he will be unavailable until after the World Cup break when Wolves travel to Everton on Boxing Day.

‘I haven’t really watched it. Obviously, we had a discussion and Diego has apologised,’ Wolves’ interim head coach Steve Davis said after the game.

‘Something’s happened. We’ll have to look at that this week to see what we do at the weekend.

‘He’ll be missing the three games before the World Cup, but it gives other players opportunities, they’ve been waiting and are ready to come on, so we’ll see what happens.

‘He’s an unbelievable competitor and players like that play on the edge, so you have to go with that. That’s how they get the best out of themselves.

‘Maybe of this occasion something has occurred, but he has to play on the edge to be the player he is, so you have to accept sometimes that he might get that wrong.’