MATT BARLOW: Chaotic Diego Costa’s return to English football will give Wolves a fiery kick up front… but they are unlikely to find the same player who took to the Premier League with a rampaging force

Diego Costa is poised to return to the West Midlands where he was last seen brandishing a fire extinguisher and threatening to let it loose in the general direction of his boss, Antonio Conte.

This was a Friday night in May 2017 at the Hawthorns where Chelsea’s win against West Bromwich Albion clinched the Premier League title, and Costa (left) was celebrating in his own inimitable fashion.

A fortnight later he was gone from English football seemingly never to return. 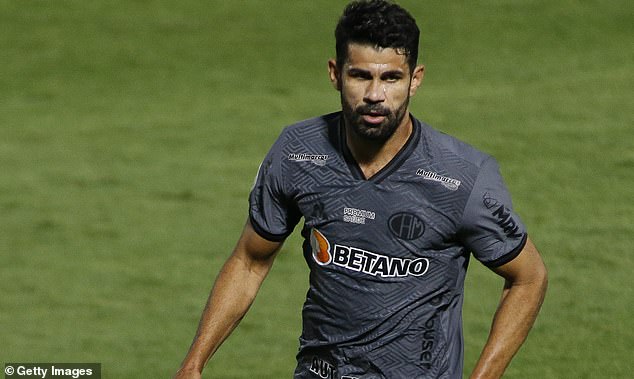 Costa scored his final goal for Chelsea in an FA Cup final defeat by Arsenal before going on strike, refusing to return for pre-season training because of an ill-judged text from Conte to let him know he was no longer in his plans.

Their relationship had deteriorated since Costa’s unsuccessful bid to leave for the lucrative Chinese Super League during the January window and he would eventually depart, locked deep in dispute.

When he first arrived at Stamford Bridge, Costa could not speak a word of English but with the help of Chelsea’s Oscar practised a few words he wanted to say when introduced to his new team-mates.

‘I go to war, you come with me,’ he told them on his first day. It turned out he wasn’t joking. 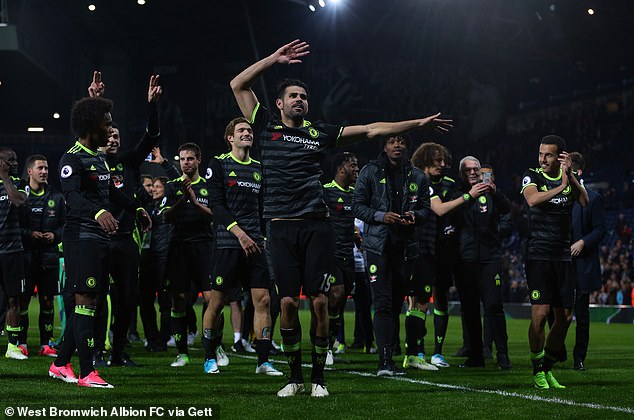 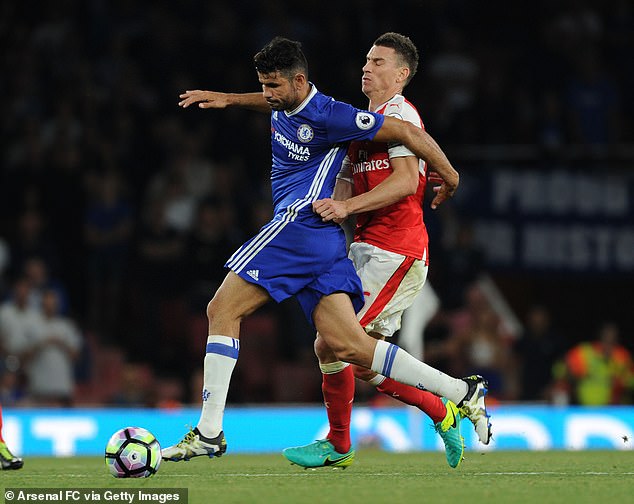 At 26, Costa took to the Premier League with a rampaging force akin to Erling Haaland this year, relishing the physical contact and the aerial dimension, helping himself to seven goals in his first four games.

Assorted skirmishes followed apace, with fines and FA investigations into stamping and elbowing, and even accusations of biting Gareth Barry.

At 33, Wolves are unlikely to find quite the same model as they look to sign him on a short-term deal this week, subject to passing a medical.

Costa’s fire has been fizzling out since he ended his second spell at Atletico Madrid and returned to Brazil to join Atletico Mineiro, in August 2021.

Almost immediately, he became embroiled in a betting scandal, and police swooped to search his home. Investigations continue. Costa denies any wrongdoing. 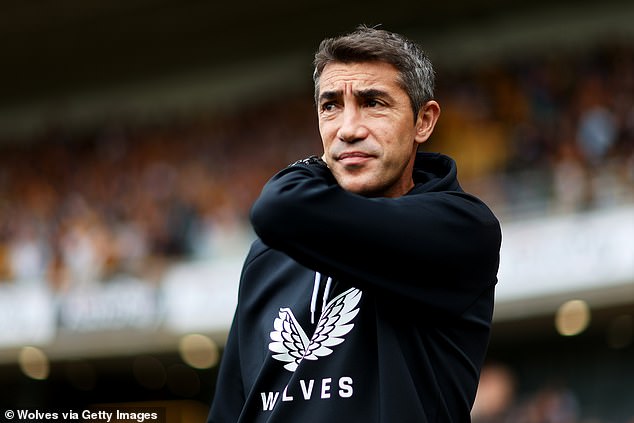 On the pitch, Atletico Mineiro won the national cup and the national championship but he struggled with niggling injuries and did not become the conquering hero he hoped to be.

Having scored five goals in 19 games, Costa reached a mutual agreement to terminate his contract in January, a year early, amid stories that his family had found it difficult to adjust to life back in Brazil.

Costa says he has been keeping himself in shape, which rekindles memories of those social media videos of him training alone on the beach while demanding Chelsea sold him back to Atletico Madrid who were, at the time, under a transfer embargo.