Trent Alexander-Arnold will find it ‘DIFFICULT’ to start for England at the World Cup, says Rio Ferdinand after Ajax error… as Michael Owen claims Liverpool star is trying to get attacking ‘brownie points’ to make up for defensive mistakes

Rio Ferdinand claims Trent Alexander-Arnold is up against it to start for England at the World Cup this winter after making another defensive error for Liverpool in their win against Ajax.

The Reds and England defender failed to track the run from Steven Berghuis, whose cut-back was rifled into the net by Mohammed Kudus, cancelling out Mohamed Salah’s opener.

Jurgen Klopp’s men went on to spare the 23-year-old right-back’s blushes by winning the Champions League Group A match thanks to Joel Matip’s header late on at Anfield. 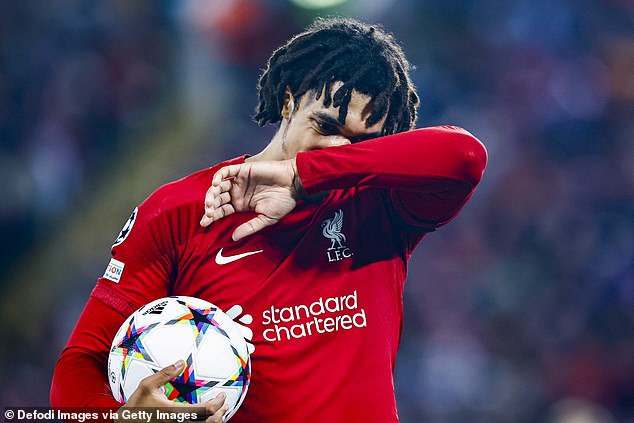 Trent Alexander-Arnold will struggle to start for England at the World Cup, says Rio Ferdinand 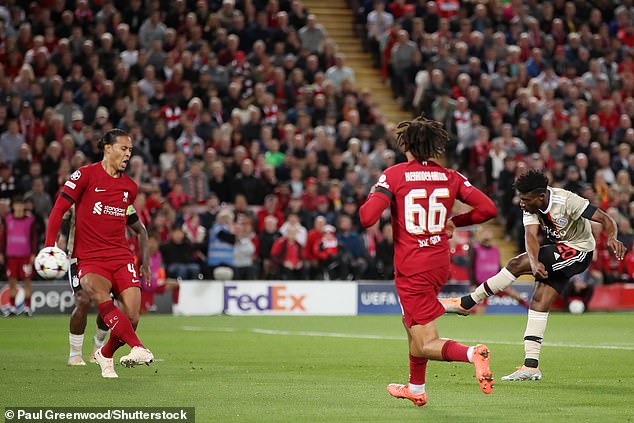 But it was another defensive error from Alexander-Arnold, who was also guilty of poor defending in last week’s chastening defeat by Napoli.

And speaking to BT Sport, a somewhat perplexed Ferdinand insists Alexander-Arnold’s game currently is not suited to how Three Lions boss Gareth Southgate is likely to set his side up in Qatar.

Ferdinand asked: ‘Is Jurgen Klopp saying to him “you’re in this team to create chances?” Is he treating him like he’s a No 10 in this team from right-back?’

He then said: ‘The game in the right-back position has changed so much. The likes of [Joao] Cancelo and Reece James are dictating games and getting more touches than anyone in the game. 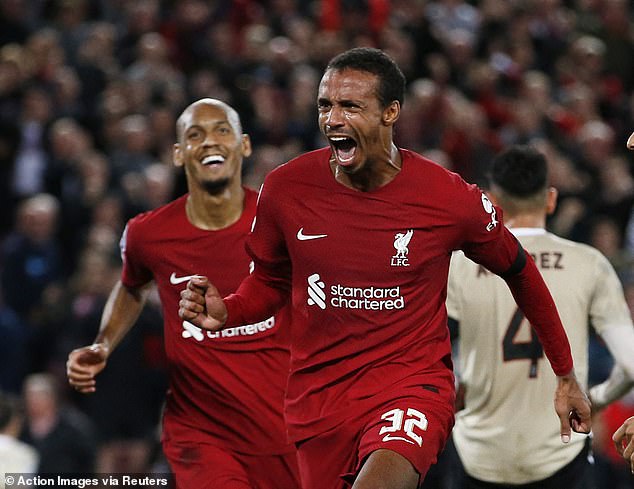 ‘Is he telling him “the guys behind you, they’re responsible for defensive situations, and you go out there and play off the cuff” without the noose around your neck to be responsible defensively?

‘I think it will be difficult for Trent to start for England, with the way Gareth has set his team up in recent months and time gone by.

‘Jurgen Klopp is not looking at his weakest attributes. He is saying “what are his best attributes and how can I get him out there producing the best parts of his game and amplify the positives?”‘

Former Liverpool striker Michael Owen believes the Reds academy product is searching for ‘brownie points’ in an attacking sense to compensate for errors he could make defensively. 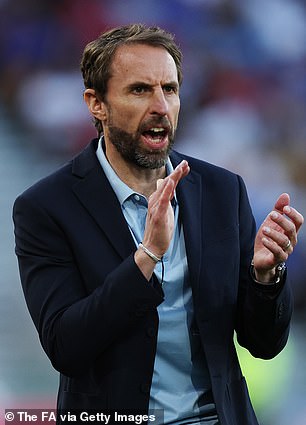 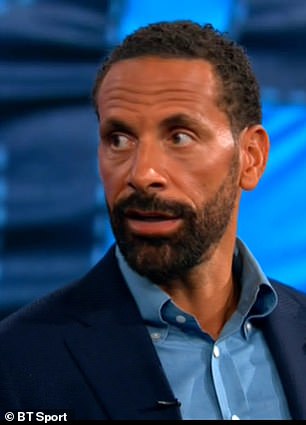 Owen also suggested his defensive game has become more exposed recently with captain Jordan Henderson out injured, and agreed with Ferdinand that Southgate is unlikely to pick him because he snubbed him when he was playing well at the start of 2021.

‘That is quite the opposite from how a normal defender would react, who would say “get the defending done first, it is a bonus if I can [get forward]”. It is not for him.

‘It is “can I make an assist? Can I score a goal? And do I have to do my defending?” That might be the role Jurgen Klopp is asking him to play. 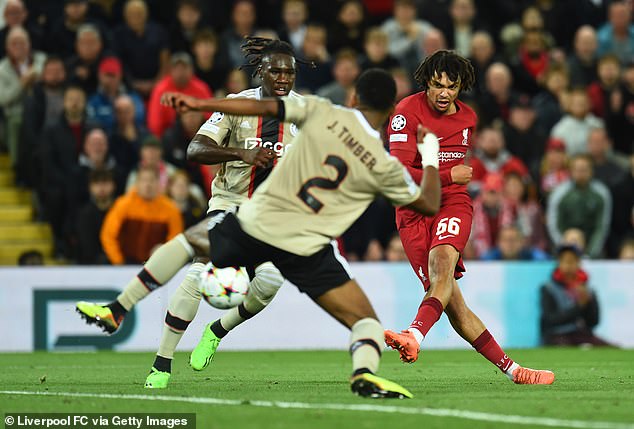 ‘It’s almost like he has to score a goal… that’s how I used to think! Even if I played badly, if I scored, I thought “sod the game, I scored”. But for a defender it’s clean sheet first.

‘I can only assume Jurgen Klopp is saying “yeh, go and do it, you have got so much talent”. But the only problem is now they haven’t got Jordan Henderson plugging the gap.

‘Gareth Southgate didn’t pick Trent Alexander-Arnold when he was absolutely flying and he and Liverpool were top notch. As things stand, if he didn’t pick him then, he’s not going to be his first choice now.’

Ex-Liverpool goalkeeper Rachel Brown-Finnis added Alexander-Arnold lacks the ‘mental sharpness’ when defending, and called on him to ‘sharpen up’ to become an even more useful asset for Klopp. 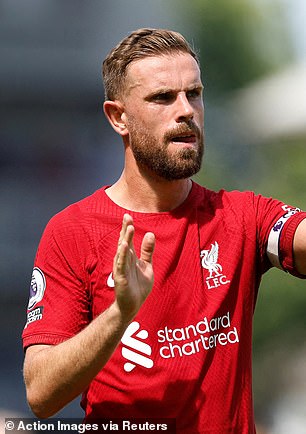 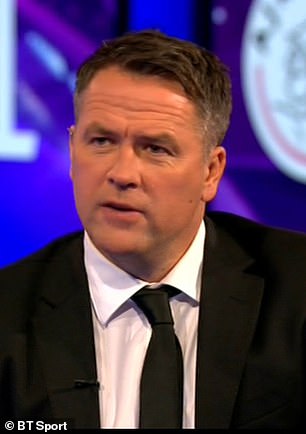 ‘Trent switched off (for Ajax goal),’ she said. ‘Trent has eyes on Berghuis but when the ball gets played behind him, he needs to track the run.

‘It’s almost like he doesn’t understand the role from a defensive point of view… He’s the fastest player at Liverpool. It’s almost like it doesn’t seem to register with him as quickly.

‘There’s not quite that mental sharpness to have that same role. Does Klopp want him doing those things or is he more measured on his attacking prowess?

‘No one doubts his attacking capabilities but he’d be more useful to the team if he could sharpen up and have that application in the key moments.’ 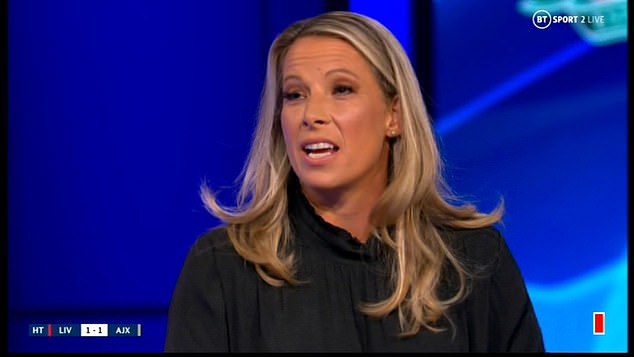