​Liverpool offered another glance of their onwards and upwards trajectory at Anfield, with bemusement layering the face of Brendan Rodgers as he witnessed Leicester drop more points, belief, and defensive solidity to extend a miserable spell.

Things that stack up as a guarantee now showed themselves in the first half here; Diogo Jota scoring to shape and seal a match, with the visitors conceding from, shock horror, a set-piece situation.

The other bankers, like Liverpool’s recruitment team finding more gold in Luis Diaz and Thiago taking out an entire midfield with his trademark turn, made an appearance too.

Thursday night’s encounter under the lights was a slow burner, with Liverpool a little rusty after three weeks without a league match and Leicester, on a stinking run of form, not quite so sure of themselves.

Having fallen into the bottom half of the table after losing two of their last three, punctuated by a 4-1 FA Cup humiliation at Nottingham Forest, Brendan Rodgers had demanded a reaction doused with “good agility and mobility.” 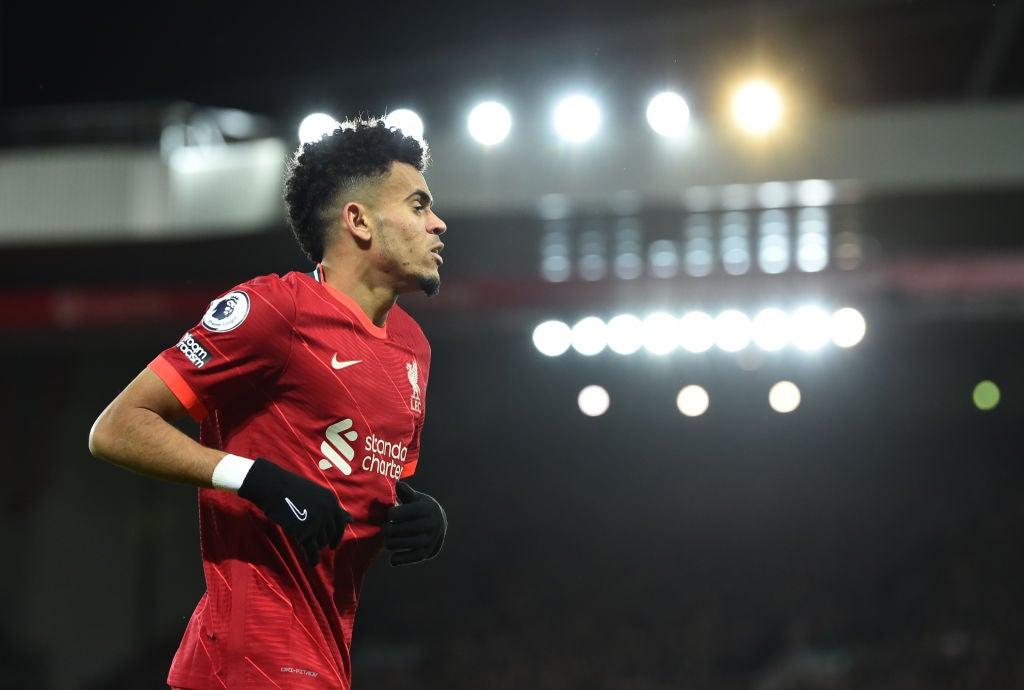 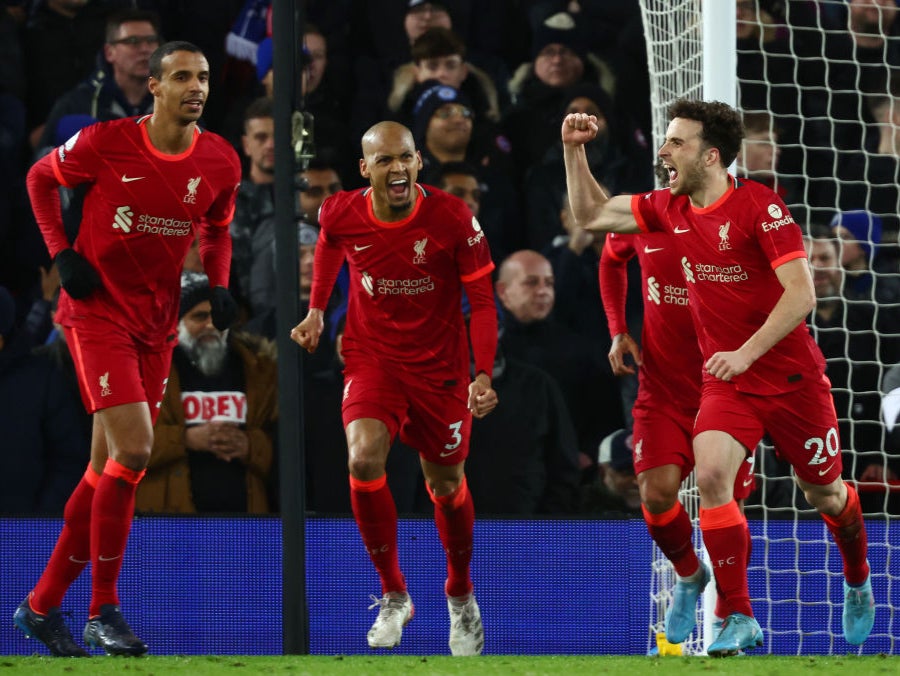 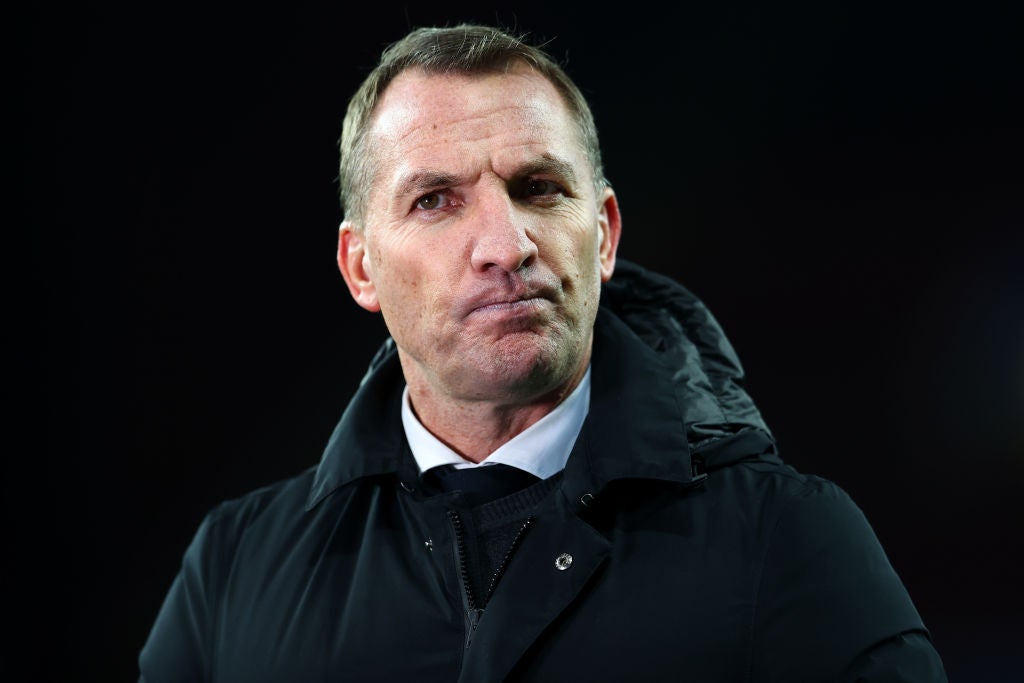 The manager had asked “what better place to come and play against a top team, to show that resilience?,” and James Maddison would’ve started Operation Bounce Back strongly had it not been for a strong arm from Alisson.

Liverpool did the lion’s share of probing though, powered by the electricity of Diaz on his full debut. The return of Thiago to the starting line-up for the first time since 16 December offered greater control and flow in midfield, and while a compact Leicester did well to frustrate Jurgen Klopp’s men for spells, a breakthrough didn’t feel far off, especially from a dead-ball scenario. 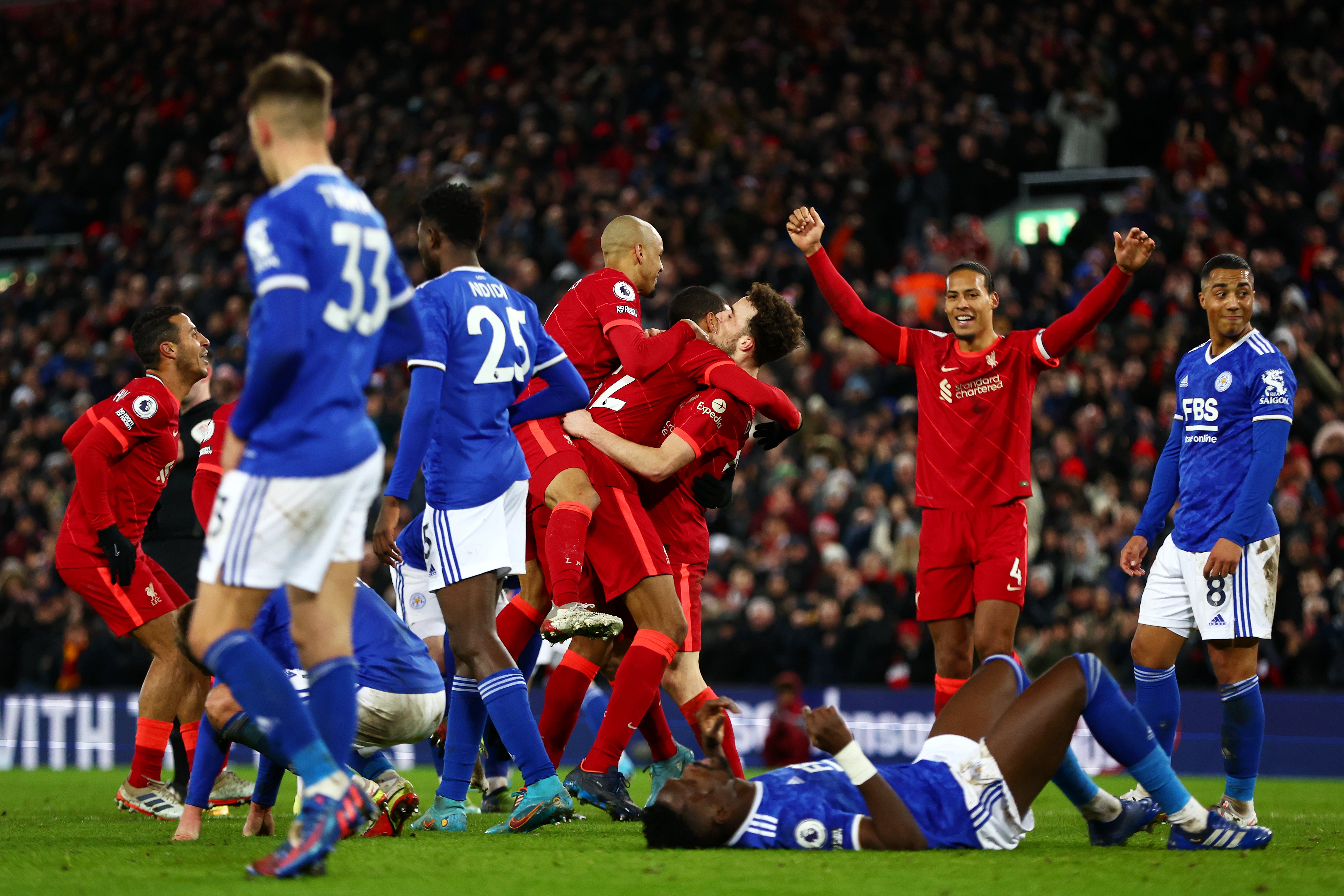 And so it was. Trent Alexander-Arnold swung in a corner, with Wilfred Ndidi getting too close to Virgil van Dijk before being blocked off, allowing the centre-back to help himself to a free header.

The Dutchman obliged, rocketing it goalwards only for Kasper Schmeichel to pull off a top reaction save but parry the ball to the feet of Jota. It was a gift for a player whose shot maps “should be hanging in a museum,” as the joke from Liverpool’s data team goes.

From that point, only one outcome felt concrete: more goals to crown a home win. Mohamed Salah’s emergence off the bench fresh from African Nations Cup heartache only solidified that mood.

When Kiernan Dewsbury-Hall invited the Egyptian to steal possession in the middle of the park, Liverpool extending their lead looked a foregone conclusion. Salah went one-on-one with Schmeichel, taking a heavy touch before trying to lob the goalkeeper, who stuck out a strong arm.

The hosts protested for a penalty, with Daniel Amartey chopping the forward from behind as he shot, but referee Chris Kavanagh and VAR were unmoved.

Salah was then denied by the post shortly after, with the ball falling to Diaz. He forced Schmeichel to parry but was involved in Liverpool’s finishing touches for the three points. 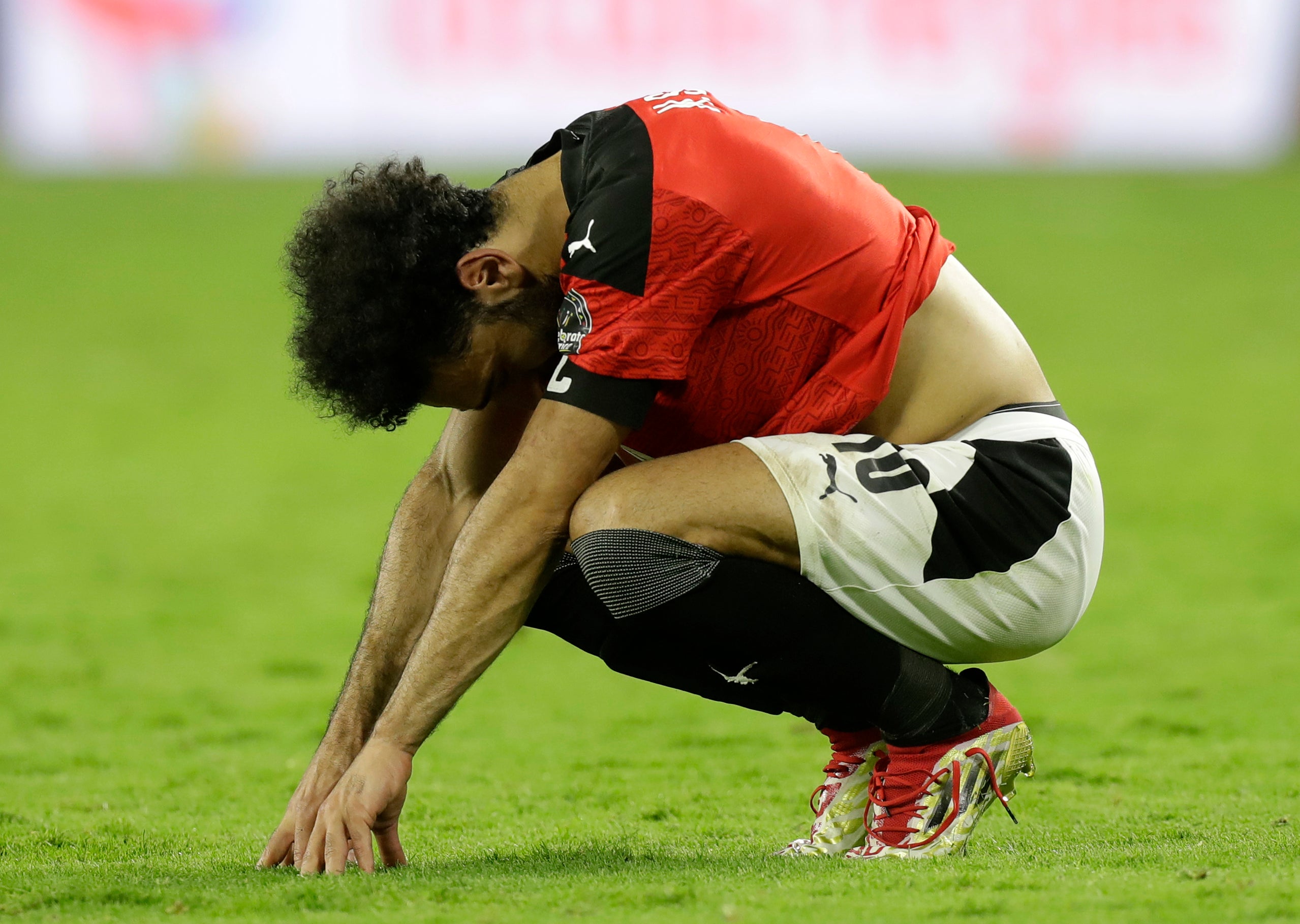 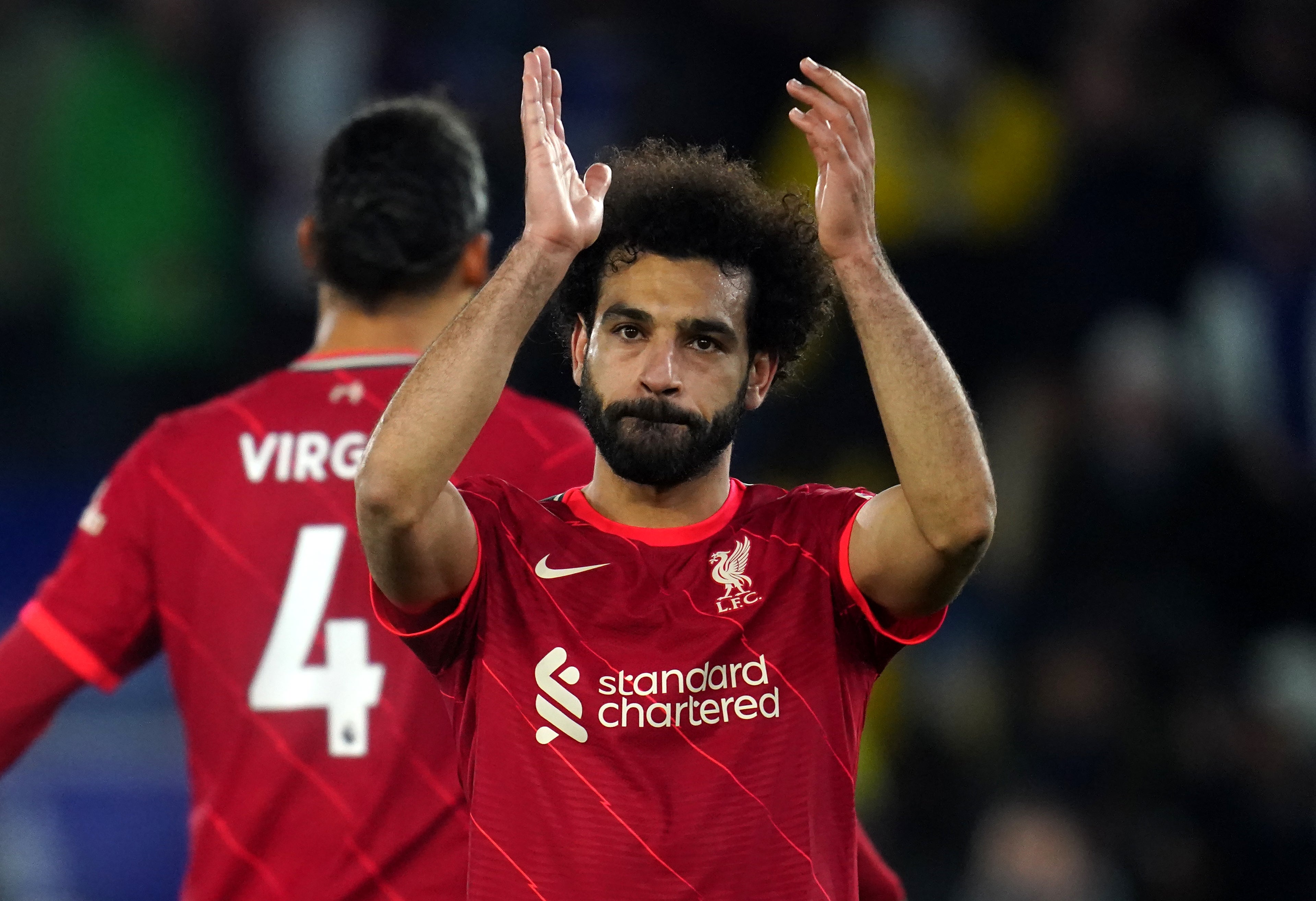 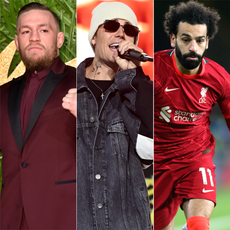 Diaz continued his habit of muddling markers with his fast feet and relentless energy, supplying Joel Matip from the left. The centre-back, on the edge of the D, nutmegged Ndidi and neatly sprayed to Jota. The Portugal international spun and sent a first-time shot into the bottom left.

Liverpool are looking up at Manchester City. It’s all starting to look down on Leicester.