The protests in May that led to Manchester United’s Premier League fixture against Liverpool being postponed will be in everyone’s minds this weekend when the teams meet again at Old Trafford. Police are concerned that there will be a repeat of the angry scenes. That prospect seems unlikely.

Five months ago the game was played behind closed doors. This increased the impact of the protestors breaking into the stadium. Fury at the attempted participation of United and Liverpool in the failed Super League venture was still in the air and supporters were filled with righteous indignation. Joel Glazer, United’s co-owner, and John W Henry, his Anfield counterpart, were at the forefront of the breakaway project. Britain’s most-watched televised domestic game, a match that has enormous pulling power worldwide, was an obvious target.

There is still dissatisfaction around Old Trafford but any demonstrations on Sunday are likely to win little sympathy. The football public across the country could get behind the anti-Super League mood. That moment has passed. The suspicion is that the anger of United fans is now linked more to their team’s underachievement.

The two things are interlinked of course. The Glazers were seriously unnerved by May’s events. The incident led the American owners to embark on a programme of supporter appeasement that has proved as counterproductive as it was crass. Ole Gunnar Solskjaer’s contract was extended until 2024 with an option for an extra year, largely on the basis that he is a fan favourite. A summer spending spree was sanctioned. There seemed to be little strategy involved except to delight the masses. The return of Cristiano Ronaldo resulted in the forecourt at Old Trafford being swamped again, this time with a celebrating crowd. Things have not turned out as well as the Glazers might have hoped. Despite Wednesday night’s uplifting 3-2 comeback win against Atalanta in the Champions League, United are less than the sum of their parts. The team are sixth in the table and although these are early days, the evidence so far does not point to a title challenge. The run to the next international break is testing. After Liverpool, United go to Tottenham Hotspur, travel to Atalanta in the return Champions League fixture and then host Manchester City.

There is no doubt that Solskjaer was a good appointment when Jose Mourinho was sacked. The club was in a mess and the various factions needed someone to bring them together. Liverpool had a similar situation when Roy Hodgson was dismissed. Kenny Dalglish performed a vital function in bringing back a sense of purpose at Anfield.

Solskjaer did the same but by the end of last season it was clear that the 48-year-old had fulfilled that role and it was time to move on. The Glazers will have once again noted Solskjaer’s popularity last night. The crowd sang, “Ole’s at the wheel,” and chanted his name repeatedly but United are likely to underperform while this manager is in charge.

An in-form Liverpool side should expose the systemic flaws in Solskjaer’s team and tactics. The Norwegian is not short of talent. The front four against Atalanta – Mason Greenwood, Bruno Fernandes, Marcus Rashford and Ronaldo are a formidable attacking group. Paul Pogba and Jadon Sancho were on the bench. Supporters can have no argument about the ability in the squad. Arguably, Solskjaer has more options than Jurgen Klopp.

Defensively, United match Liverpool – at least in theory. David de Gea and Alisson Becker are both top-class goalkeepers. There are some who would not swap Aaron Wan-Bissaka and Luke Shaw for Trent Alexander-Arnold and Andy Robertson. Harry Maguire cost more than Virgil van Dijk. Yet Liverpool are miles ahead.

Is the midfield where Klopp’s team have the advantage? Not really. The German has more depth in this department but injuries have narrowed his choices. Jordan Henderson is vital to the way Liverpool function and James Milner has seen more playing time than might have been expected. Fabinho is the pick of the midfielders at Anfield.

A better manager would find a way to get more out of Fred and Scott McTominay and work out how to integrate them with Pogba. Failing to get the best out of the 28-year-old during his first spell at Old Trafford can be forgiven. Misusing him the second time round is less easily overlooked. The player bears some responsibility for this but the job of a manager is to manage. 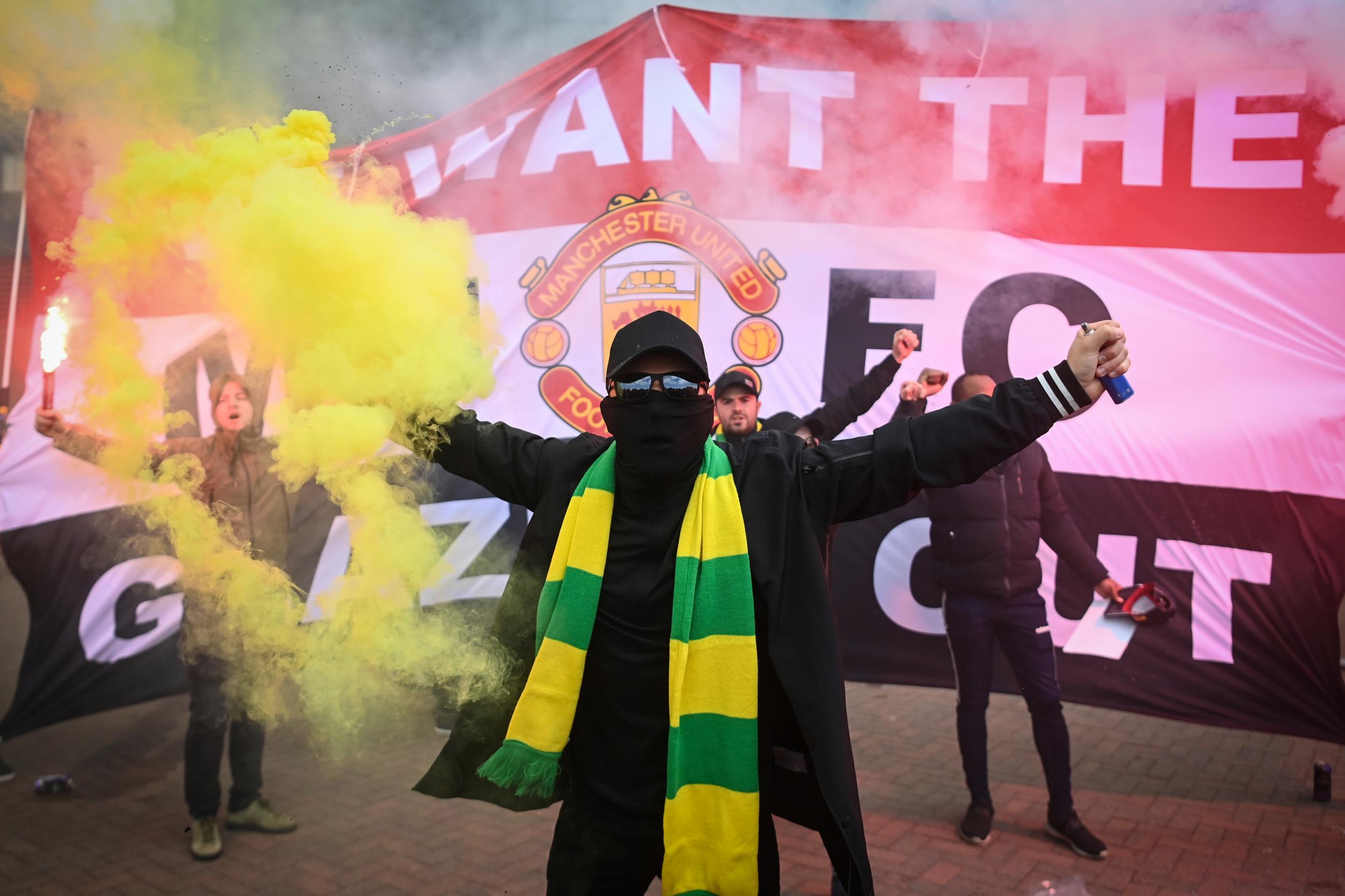 Are United fans protesting the Glazers’ ownership or the club’s lack of success since Ferguson retired in 2013?

It is understandable that United fans are unhappy with their owners, even if they have to perform mental gymnastics to separate Solskjaer from his bosses. The Glazers were part of an ownership trend that helped take English football down the wrong route. Yet the campaigns against them fizzled out when the team became successful again – green and gold until it’s sold, anyone?

Apart from a dedicated few who have been implacable in their aversion to the Glazers, the vast majority wilfully ignored the owners during the side’s good times. The years when Sir Alex Ferguson was racking up trophies was the period during which most damage was done by the American family. If dissent is turned on and off depending on how well the team are doing – or whether Ronaldo signs or not – is it really dissent? It is easy to mock Newcastle United supporters for selling their souls to Saudi Arabia but souls are the easiest thing to buy in football. An injection of cash into the transfer kitty or a superstar signing often does the job. That is true of most clubs but the obsession with money is worst among fans of the so-called elite teams.

The time for protest will come again. The sport is heading in the wrong direction. When United were in the driving seat too few in the fanbase complained: but it’s not Ole at the wheel, it’s the Glazers. Resistance has to be about more than results.