Borussia Dortmund striker Erling Haaland scored twice in four minutes on Sunday, ending his seven-game goal drought in all competitions, to help his team to a 4-1 win over Werder Bremen in the Bundesliga and revive their hopes of a top four finish.

Fifth-placed Dortmund, on 49 points, cut the gap to Eintracht Frankfurt, in fourth, to four with five games left. The top four teams qualify for next season’s Champions League.

Dortmund seized victory wearing a one-off retro kit, celebrating 111 years since their founding with a design inspired by the neon and black strip they wore through the 1990’s. 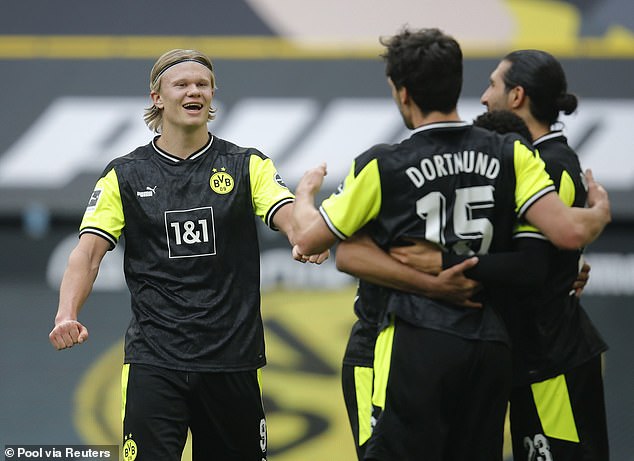 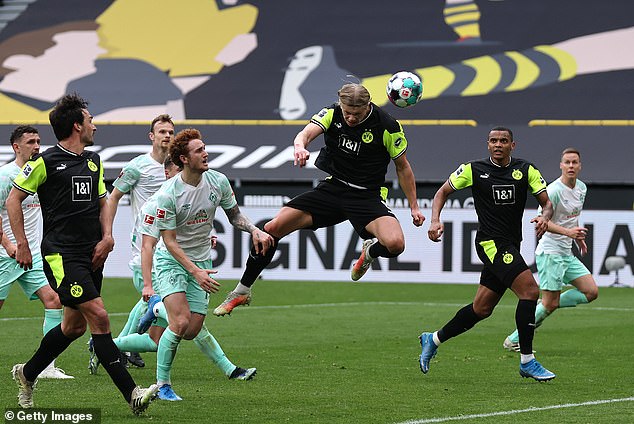 The striker helped his team to a 4-1 win over Werder Bremen, scoring twice inside four minutes

‘After yesterday we were a bit more eager to win because this was a big chances for us to close in (on the top four),’ Dortmund captain Marco Reus said. ‘We managed to do just that with the win today and reduce the gap. That was our big goal.’

‘We stayed calm despite falling behind, we found our positions and played our game well. We got a second chance after yesterday to qualify for the Champions League.’

Norway international Haaland grabbed his first goal of the afternoon in the 34th minute with a penalty to put the hosts, eliminated in midweek by Manchester City in the Champions League quarter-finals, in front. 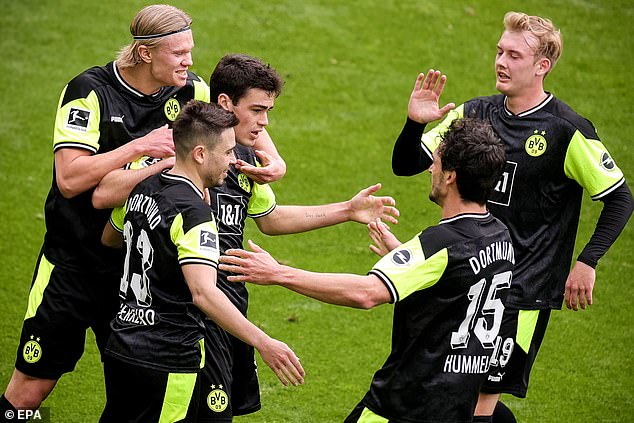 Gio Reyna scored the opening goal, as Dortmund donned a 90’s-inspired kit for the victory 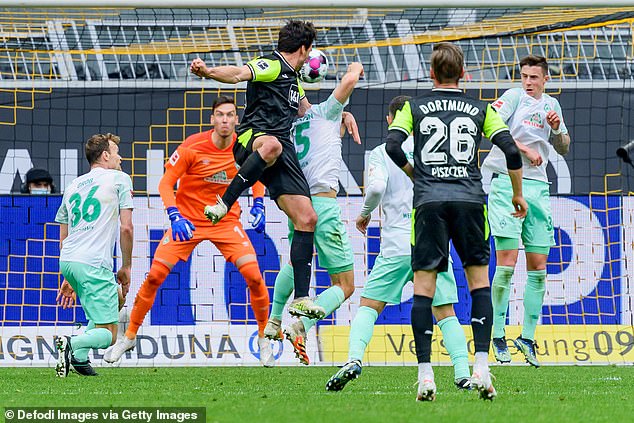 Werder had taken a 14th minute lead through Milot Rashica only for Giovanni Reyna to level in the 29th with a powerful shot.

The 20-year-old Haaland, a likely major transfer target if Dortmund fail to finish in the top four, then tapped in his 23rd league goal of the season in the 38th to complete Dortmund’s comeback with three goals in nine minutes.

Defender Mats Hummels’s header in the 87th made it 4-1 as Werder equalled their worst run in the Bundesliga with their fifth consecutive loss to stay on 30 points, four above the relegation playoff spot.