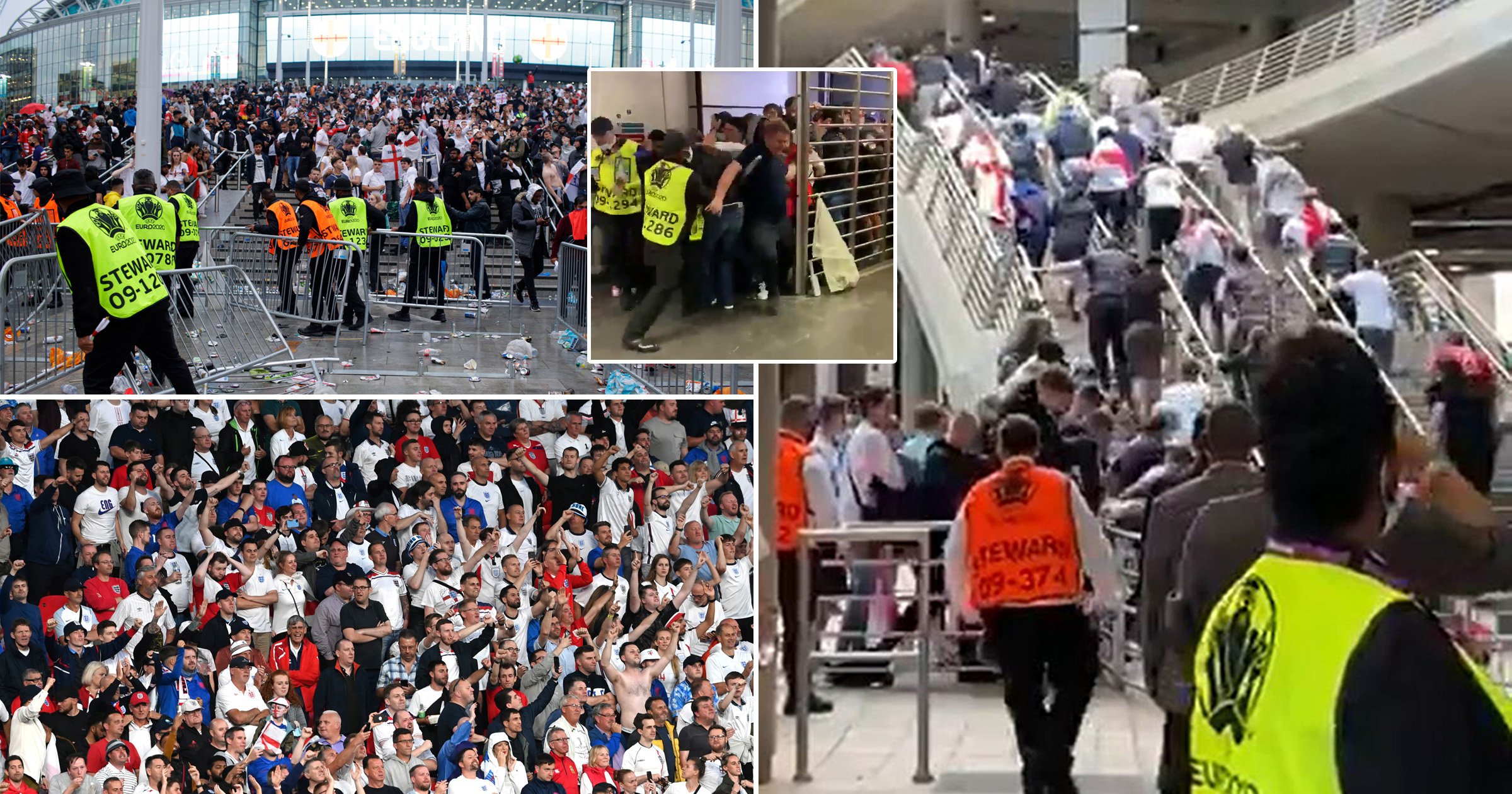 Ticketless fans who stormed Wembley before the Euro 2020 final could have caused deaths of other supporters, says a review into the disorder.

England’s first major final appearance in 55 years was overshadowed by supporters storming barriers to gain access to the stadium ahead of England’s clash with Italy, following excessive drinking and drug-taking ahead of kick-off.

Baroness Louise Casey noted ‘collective failure’ in planning for the match 11 July where around 2,000 people gained illegal access to the stadium through 17 separate breaches of disabled access gates and emergency fire doors.

While a lack of preparation was a key factor, Casey also noted there was a ‘perfect storm’ following the relaxation of Covid-19 restrictions and the elation of England’s run in the competition.

That created an environment where a ‘horde of ticketless, drunken and drugged up thugs’ were able to ‘create an appalling scene of disorder and coming perilously close to putting lives at risk.’

Commander Rachel Williams of the Metropolitan Police said the Euro 2020 final was a ‘moment of national significance’, tarnished by groups of ‘ticketless, anti-social and thuggish football fans.’

England lost on penalties to Italy that night with the report noting a victory for Gareth Southgate’s side would have created a ‘further huge public safety risk’ with up to 6,000 people planning to storm the stadium at full-time to celebrate.

Casey’s report added that testimony from FA staff suggested there was a ‘feeling of huge relief’ over the result, such was the fear over more chaos after the match.

The report concluded that ‘law-abiding fans, our national team and our national game deserve better’ and that the events of that day ‘can’t be allowed to happen again’.

‘There is no easy target going to be had at Wembley again. In fact, there is almost a danger they will over-police it. That message needs to go out to any thug who thinks they can take on Wembley stewards again,’ Casey said following the publication of her report.

‘If it had only been alcohol I don’t think people would have been able to sustain themselves. To go from nine in the morning, 12 in the morning, and for 6000 people to stay on those steps, outside for the entire match. I think drugs is a significantly greater issue than probably people have realised.’