Ed Woodward has reiterated his support for Ole Gunnar Solskjaer – as the club’s finances take a continued hit from the absence of Champions League football.

The United executive vice chairman believes the Old Trafford outfit is making progress with a squad rebuild and that they have a foundation to ‘deliver long-term success’ under the Norwegian. 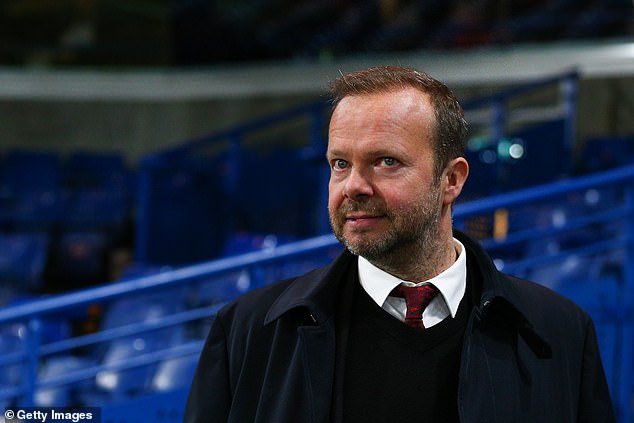 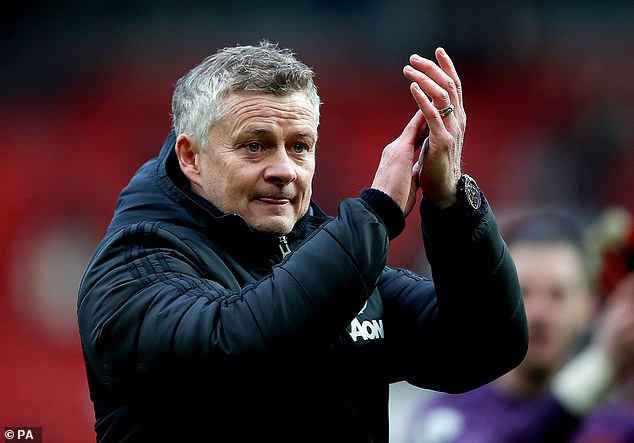 Solskjaer has United in fifth position in the Premier League, while the team are competing for silverware in the FA Cup and the UEFA Europa League

United announced their second quarter figures this lunchtime, and much of it does not make for pleasant reading.

Broadcast, matchday and overall revenues are down, with a rise in commercial revenue bucking the trend. Operating profit is also down, while debt is up to £391.3m.

Many of the losses, compared with the same period last year, are down to the club’s participation in the Europa League, rather than the Champions League.

Questions have been asked of Solskjaer, with United fifth in the Premier League and 38 points behind runaway leaders Liverpool, but Woodward sounded his backing.

‘We are pushing for a strong finish in the Premier League, the Europa League and the FA Cup as we enter the final third of the season,’ he said.

‘We have continued to make progress on our squad rebuild, with many changes in terms of players that we have brought in and players that have come through our Academy; the foundation for delivering the long-term success that we are all working towards is in place as we implement our plan and our footballing vision with Ole.’ 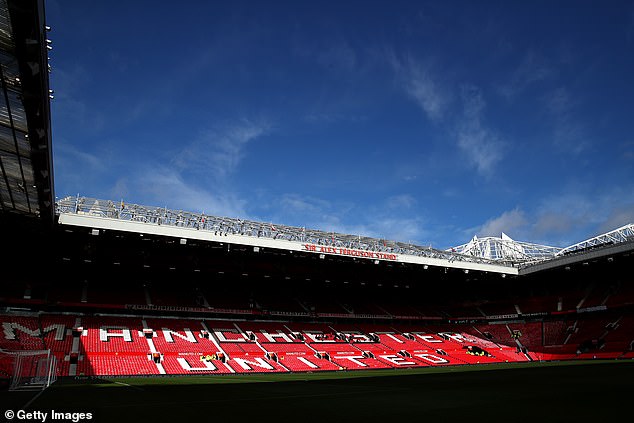 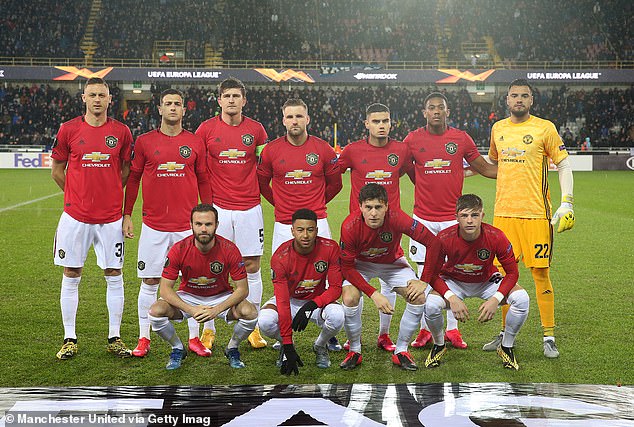 United expect revenue to be between £560m and £580m for the year, down on last year’s record £627.1m. Across town City, recently banned from the Champions League, think they will bring in £560m.

Speaking to investors, Woodward declared that United’s ‘number one priority’ is ‘winning trophies with a team playing entertaining, attacking football’.

He also joked that the club had been linked with 111 players in the previous transfer window. ‘Our acquisition of just one of them – Bruno Fernandes – is an important step in that direction,’ he added.

‘Demonstrating our commitment to adding experienced, world-class recruits to the exciting crop of Academy graduates that are at the heart of this developing team. We will take the same planned, disciplined, approach this coming summer.’ 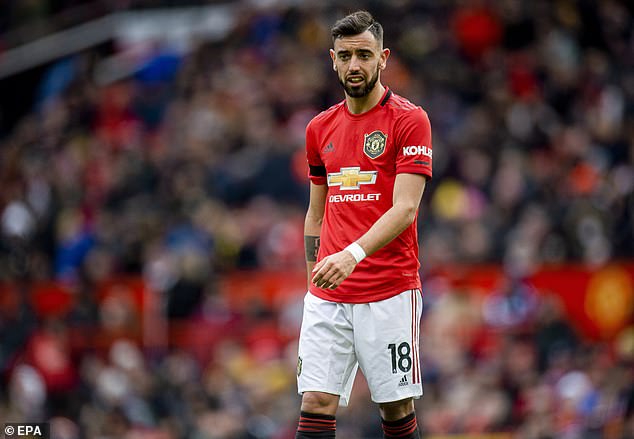 Woodward also praised the role played by the club’s academy. ‘In addition to the first team signings, somewhat under the radar, we have also made a number of exciting youth acquisitions in the past year, reflecting our commitment to bringing the best talent into our Academy,’ he said.

‘So far our Academy graduates have contributed over a third of first team playing minutes this season and over half of our goals emphasizing our Academy’s status as one of the most productive in elite-level European football.’

Woodward acknowledged that United still have some way to go to reach previous heights. ‘While we still have much to do, we are progressing with confidence in the right direction,’ he said.

‘Harry was one of the heroes of the Munich air disaster and a key member of Sir Matt’s team of talented young players, making 247 appearances for the club,’ he said.

‘To echo Sir Alex (Ferguson’s) words, Harry was a man of great character and a true legend at our club. Our thoughts and prayers are with his family and friends.’