Ed Woodward reportedly quit his position at Manchester United after falling out with the Glazers during a tense phone call amid backlash on the European Super League proposals. United officials were seen as one of the main instigators in establishing the controversial Super League plans which were announced on Sunday.

United were one of six Premier League teams to be confirmed as ‘founding members’ and Woodward was named as a big player in talks and working on plans.

But when the new Super League website was made live on Sunday night, it created a sea of condemnation from football fans all over the world.

Woodward was lambasted by United fans and Gary Neville as well, who demanded for the Old Trafford chief to step down.

And that moment came on Monday when the Red Devils confirmed that Woodward will leave his post at the end of 2021. 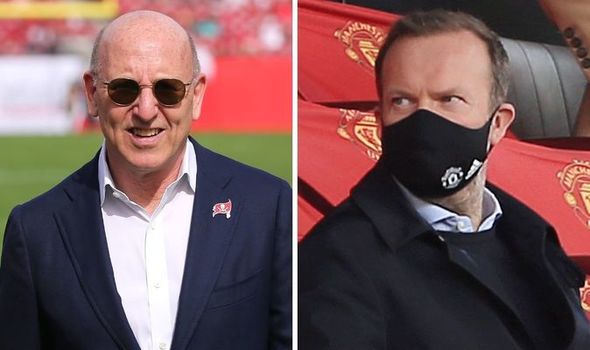 United co-chairman Joel Glazer appeared to suggest in a statement on the club’s website that Woodward’s departure was a mutual decision.

“Ed Woodward has served the club with great distinction. On behalf of everyone at United I would like to place on record our sincere thanks for his tireless work and dedication.

“His contribution to the club has been massive, and he will always be welcome at Old Trafford as a part of the Manchester United family.”

However, an explosive report in the Daily Star indicates that was certainly not the case.