Another refereeing nightmare! EFL admit Hawk-Eye’s goal-line technology FAILED in ‘tracking the ball in the goal area’, denying Huddersfield an equaliser in their defeat by Blackpool, as officials face calls for answers over West Ham and Newcastle’s goals

The English Football League is ‘incredibly frustrated’ by the failure of goal-line technology during Sunday’s Sky Bet Championship match between Huddersfield and Blackpool.

The Terriers were denied an equaliser when Yuta Nakayama’s effort crossed the line, but GLT failed to detect it and the on-field officials did not spot it either.

It followed a string of controversial incidents in Saturday’s Premier League action where goals for West Ham and Newcastle were ruled out after VAR interventions. 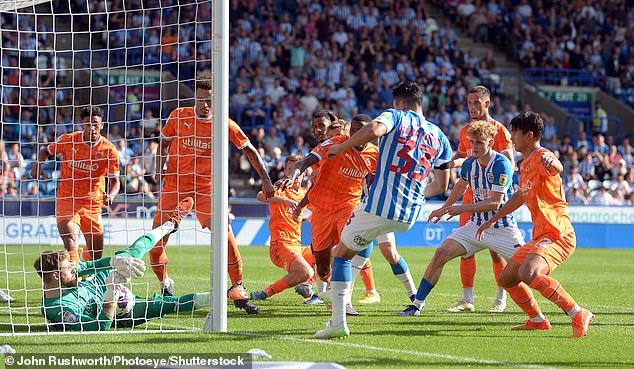 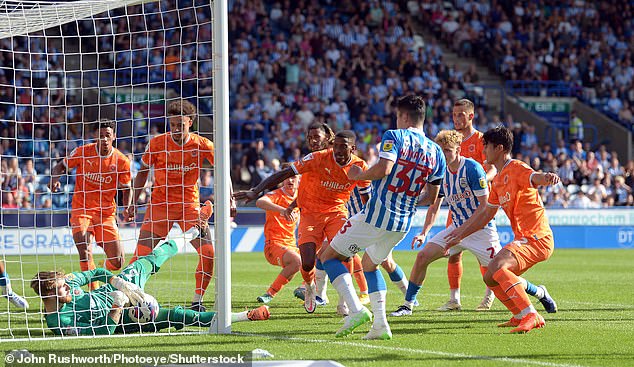 Yuta Nakayama’s effort crossed the line, but was not given meaning Blackpool won 1-0

The EFL issued a statement on Monday morning which read: ‘The EFL is incredibly frustrated that a technology failure at Huddersfield Town and Blackpool has overshadowed a fantastic weekend of action on the pitch.

‘We have now received an initial assessment from Hawk-Eye, the providers of the Goal Line Technology service in the Championship, that during a second-half incident with Huddersfield attacking, the match officials did not receive a signal to their watch or earpiece as, due to multiple factors, the ball was no longer being tracked following it entering the Blackpool goal area.’

The statement continued: ‘Separately, PGMOL have confirmed officials were unsighted due to obstruction by players and therefore unable to award a goal. 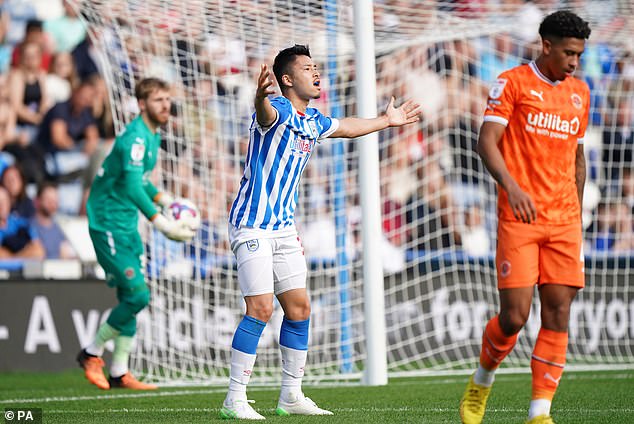 ‘While the system was tested and functional prior to the start of the game, further information is expected from both Hawk-Eye and PGMOL following a full review of the incident.

‘Technology is there to support the decision-making processes of match officials in the Championship and it failing in such a manner on Sunday is a matter of great concern.

‘For clarity, the referee’s decision is final and the match result stands.’ 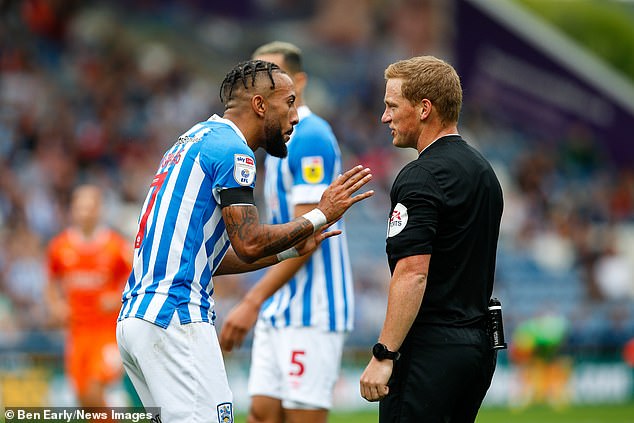 Goal-line technology has generally been regarded as a great success since its introduction in the early part of last decade, although there was also a system failure in the first Premier League match to be played after the Covid-19 enforced suspension of competition in the 2019-20 season.

The technology failed to spot Aston Villa goalkeeper Orjan Nyland had caught the ball and taken it over the line in the match against Sheffield United on June 17, 2020.

Hawk-Eye said at the time that the level of obstruction which had caused the technology to fail had not been seen in more than 9,000 matches where the system had been in operation. 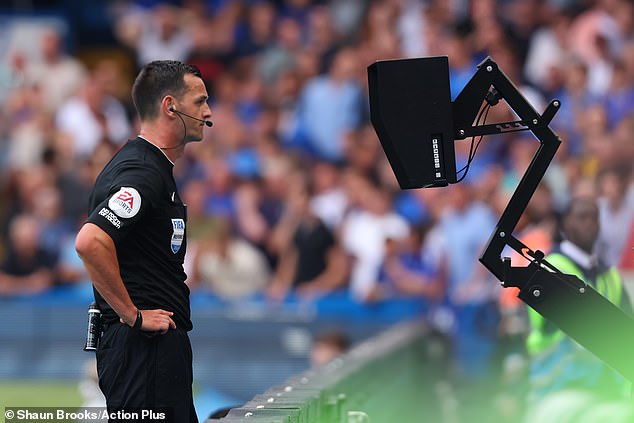 The Professional Game Match Officials’ Board took the rare step of acknowledging the specific controversies involving West Ham and Newcastle in a statement on Sunday, and accepted the Premier League’s request for an additional investigation.

VAR decisions in all affected matches are already reviewed by a five-strong independent panel comprising representatives of the Premier League and the PGMOL as well as three former players, with their findings sent to the clubs concerned.

West Ham were denied a late equaliser from Maxwel Cornet against Chelsea at Stamford Bridge after the VAR, Jarred Gillett, advised referee Andrew Madley to take another look at what was ultimately ruled to be a foul by Hammers forward Jarrod Bowen on Blues goalkeeper Edouard Mendy.

Newcastle had an own goal by Tyrick Mitchell disallowed during their 0-0 draw with Crystal Palace after VAR Lee Mason advised referee Michael Salisbury to review a collision between the Magpies’ Joe Willock and Eagles goalkeeper Vicente Guaita.

Replays appeared to suggest that the collision had been caused by Mitchell shoving Willock forward as he jumped for a header.

Huddersfield boss Danny Schofield was left furious after an apparent failure of the goal decision system cost his team a vital equaliser. 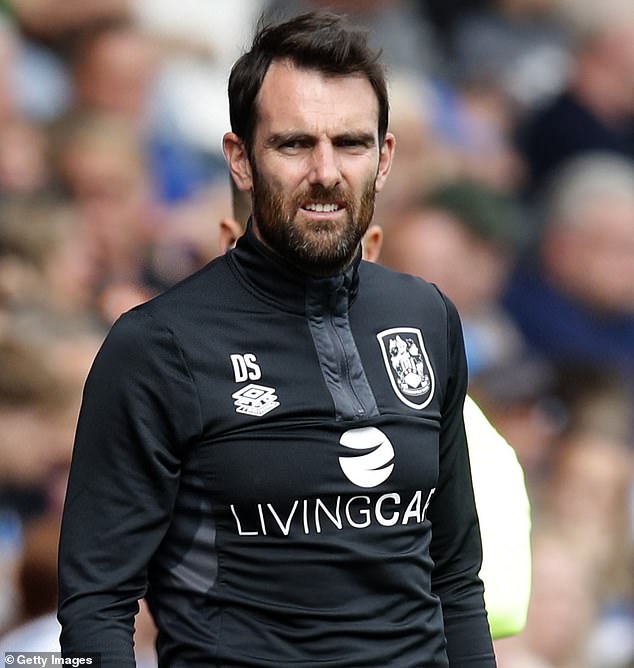 ‘I have seen it a number of times, stills and different angles and it’s a tough one to take because we feel it was a goal that was never awarded,’ said Schofield.

‘He points to his watch and said he was going off the goal line technology. It’s very difficult to put any blame on the referee — it’s down to the technology and we feel that the system has failed us.

‘We’ve not had the best start to the season in terms of points on the board and that was a big moment to get some more points, so we feel frustrated and let down.’