The EFL could not have done any more to rescue Bury, independent report reveals, after League One club were kicked out of competition last August

The EFL could not have done any more to rescue Bury, an independent report has concluded.

The League One club were kicked out of the competition in August last year after the Shakers’ owner Steve Dale failed to provide financial guarantees to the EFL and a late takeover bid collapsed.

The league was heavily criticised for not doing enough to prevent the situation at Bury developing, but a report from leading sports lawyer Jonathan Taylor QC has concluded that no ‘additional action’ from the EFL would have made any material difference. 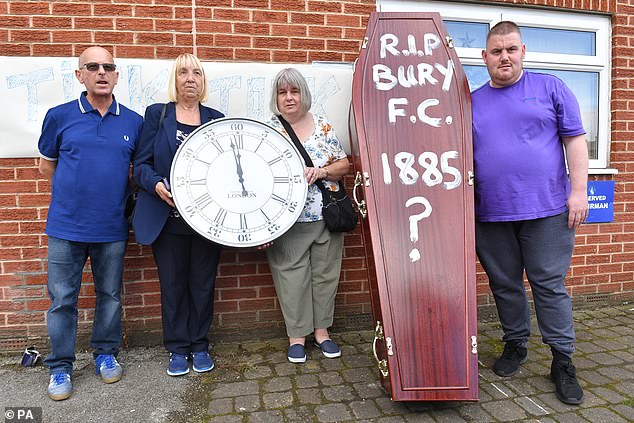 The League One club were kicked out of the competition in August last year (pictured, fans)

The report was issued to member clubs prior to their gathering at St George’s Park, and the EFL said in a statement released on Thursday afternoon: ‘Mr Taylor concludes that the league spent significant time and effort monitoring the situation at Bury FC and applying its regulations to try to force the club and its owners to meet their commitments.

‘He notes that while it can always be argued, with the benefit of hindsight, that more could have been done, any additional action would not have made any difference to the eventual outcome, which was ultimately caused by a lack of owner funding.’

Damian Collins, the former chair of the Digital, Culture, Media and Sport committee and a vocal critic of the EFL’s handling of the Bury situation, said on Thursday: ‘This @EFL statement highlights how inadequate these reviews are. 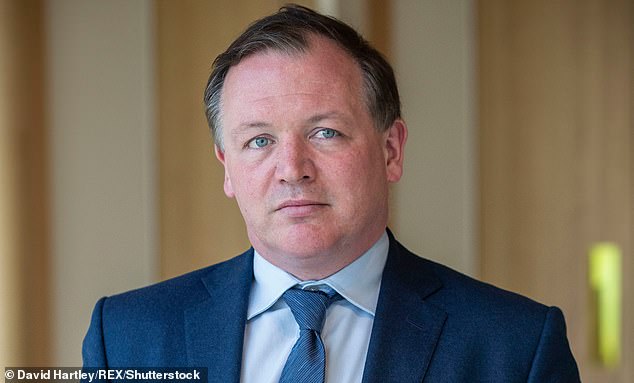 ‘It suggests they did all they could to save @OfficialBuryAFC but this was an avoidable tragedy. The failure to follow their own rules on monitoring club finances and cap spending on player salaries is not addressed.’

The EFL said that, under the terms of reference, Taylor was not required to make any recommendations for potential changes to the league’s regulations.

However, observations made by Taylor will, the league said, feed into ongoing reviews of cost control measures in the three divisions.

Tags: couldn&apos;t, done, EFL, have, Mo
You may also like
Latest Posts