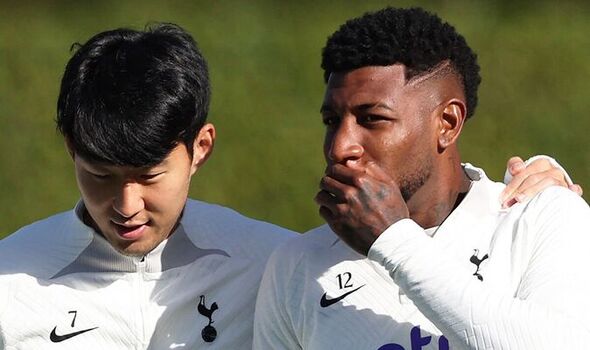 Emerson Royal’s father understands why his son has been left out of the Brazil squad for the upcoming World Cup. The Tottenham star has been omitted by head coach Tite, with Juventus star Danilo and 39-year-old Dani Alves the preferred right-backs.

Royal has been a regular under Antonio Conte for Tottenham this season. He has often been preferred to Matt Doherty, with summer signing Djed Spence barely featuring since his arrival from Middlesbrough.

But Royal has clearly not done enough to convince Tite he is among his best two options in that position. Barcelona legend Alves, who now plays for Mexican side UNAM, will play at his third and surely final World Cup.

Emerson Zulu, who is also Royal’s father, understands why Tite has chosen Alves ahead of his son. He claims Alves’ winning mentality and Tite’s style of play is behind the decision.

“We understand the choice for Dani because Tite has a good relationship with him. He is a winning player,” Emerson Zulu told Globo Esporte.

“You say that the past makes no difference? It does. He’s a winning guy who has Tite’s complete confidence. Emerson was upset because he wanted to be there, but the upset is for not being in the group. He wanted to be in the group.

“Tite doesn’t play with an advanced full-back, he plays the advanced on the left side and retreated [full-back] on the right. So, he can use a defender over there on the right because he does the job he likes.

“Royal certainly does this function too. So, if Tite took Royal, he would also be supported as he is by Dani. We accept it because it’s taste.”

Royal has won seven caps for Brazil since his debut in 2019, the last of which came in a World Cup qualifier against Ecuador in January. He was sent off as Brazil were held to a 1-1 draw.

Emerson Zulu is confident the Spurs ace will bounce back from the disappointment of not being selected. He added: “Royal is young.

“He has other good things to come in his life. I think that in this next cycle of the national team with the next coach he will definitely be among the 23.

“I believe that. So now it’s time to raise his head and work harder and harder to be at the next World Cup.”