Emery was given the tough job of replacing Arsene Wenger at the Emirates, but could only lead the Gunners to fifth place in his one full season, and the runners-up place in the Europa League.

The 51-year-old rebuilt his reputation with Villareal, winning Europe’s second club competition for a fourth time in 2021, by beating Manchester United in the final. 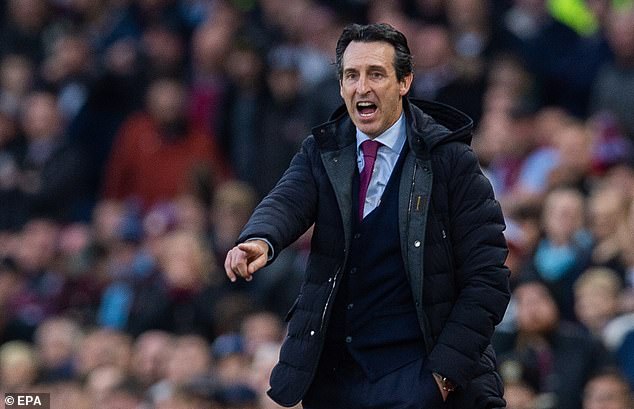 Now, Emery is back in the Premier League with Aston Villa, and his first match was their comprehensive 3-1 win over the Red Devils on Sunday.

In his first interview since joining the Villains, Emery told Marca: ‘I am better prepared to face a new challenge in the Premier [League].

‘I already have a year and four months of experience in this League. I think my first year at Arsenal was nice. It was broken by some things that I have identified that I am now going to try to avoid.

‘I have always had an internal objective of having a new opportunity and coming back better prepared and I think that at Villarreal I have acquired a continuity that has made them call me back from England. It’s more of a challenge than a rematch.

‘I had to accept it as something very professional.’ Emery has won the Europa League trophy four times, most recently with Villareal in 2021

Emery won the Europa League three times with Sevilla, and also won Ligue 1 in France with PSG, but the Spanish manager found his first foray into English football with Arsenal tough.

In the interview, he revealed he was convinced to give the Premier League a second go after meeting Aston Villa’s president Nassef Sawiris and his partner Wesley Edens.

‘Villa makes me return to the Premier League, challenges me to take steps in such a competitive league. I can build a team to go back to Europe,’ Emery revealed.

He added: ‘Everyone has their story. Aston Villa have already won a Champions League. We must equip ourselves with capacity. Chelsea, Arsenal did it… The two owners have the illusion of taking a step forward. We have joined our paths for this.’

Emery’s next match is a Carabao Cup clash with Manchester United, before a league trip to Brighton in their last fixture before the six-week break. 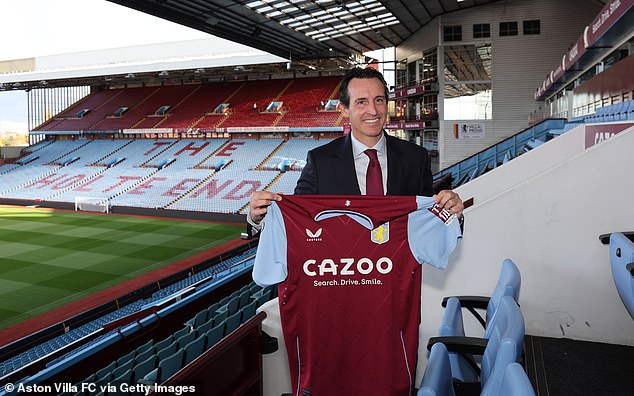 Emery was unveiled as manager earlier this month, and oversaw their 3-1 win over Man United