Gareth Southgate on fans chanting "you don't know what you're doing"

Ivan Toney has been given a last-gasp chance to claim a shock place on the plane to Qatar with Marcus Rashford out of the final England squad before World Cup finals. Rashford was left at home for Manchester United’s Europa :League clash with Sheriff due to a muscle injury picked up against Arsenal – although he should still be fit enough to claim a World Cup place through his club form.

However, the omission once again of Jadon Sancho seems to suggest a player who looked like being a shoo-in two years ago will miss out on the final squad.

His names do not appear among the 28 released by manager Gareth Southgate for the UEFA Nations League double-header against Italy in Milan and then Germany at Wembley.

On the other hand, the presence of 12 defenders in the squad suggests places are very much up for grabs for a place among what is expected to be 26 places in the final squad when FIFA reach their final decision.

It means the out-of-form and currently out-of-the-team Harry Maguire maintains his place despite the return to the international fold of Eric Dier, who has not played since November 2020. 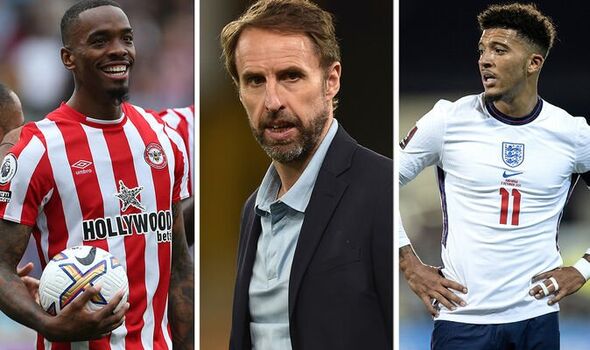 The Tottenham centre-back has rediscovered his form working under Antonio Conte to such an extent that he is a strong contender for a starting place when England’s campaign at the World Cup gets underway against Iran on November 21.

Toney, on the other hand, realistically has his work cut out to force his way into the reckoning but the Brentford striker’s form this season has shown anything is possible.

The 26-year-old’s hat-trick against Leeds at the start of the month took his tally to the season to five.

Tammy Abraham is the only real contender in the squad for the role of Harry Kane’s deputy at the spearhead of the England attack – giving Rashford hope that a spell anywhere his best in October could still see him sneak into Southgate’s thoughts. 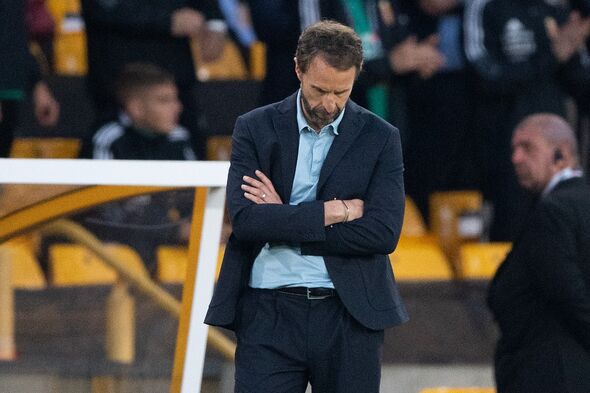 Both Luke Shaw and Kyle Walker are included despite recent injury concerns among a plethora of full-backs that sees a return of fit-again Chelsea left-back Ben Chilwell as well as Trent Alexander-Arnold, who has so far struggled to establish himself in midfield.

Young hopes Phil Foden, Bakary Saka and Jude Bellingham will all be involved with Southgate ditching his policy of resting certain individual players now that the World Cup is fast approaching.

And Kalvin Phillips keeps his place in the heart of midfield despite playing just one minute of Premier League football since his move to Manchester City.