Gareth Southgate says England can provide moments that “bring people together” at Euro 2020 after a year apart – although perhaps with new rules on beer-throwing.

Having watched the scenes of euphoria around the country on the initial lifting of lockdown on Monday, the manager is conscious of the national team’s power in this regard, and how the squad can offer great communal moments.

“We are all excited by it,” Southgate said. “We certainly recognise it’s an opportunity for us to bring people together again. There are those big England nights and how they bring the whole family together. Maybe people won’t be able to throw beer as much as they were in the past! I don’t know what the rules will be on that. But the fact they can enjoy themselves and get behind the team will give us energy.”

Southgate was speaking to media for the Nationwide Mutual Respect Campaign, which works under the FA to help make grassroots football more respectful and positive. As part of that, he held a surprise meet-and-greet at St George’s Park with the two winners of the brand new ‘Mutual Respect’ award for outstanding contributions – Tina Jacobs and Dan Weston. Tina is a  grandmother of five and a football coach volunteer for 150 disabled children in Hampshire. Dan is a football coach who has been lauded for inventive sessions over Zoom with kids during lockdown, and also runs the ‘Peacehaven Boot Locker’ where he collects second-hand football boots and equipment to aid struggling families.

“Hopefully, it was a nice surprise for them,” Southgate said. “They’re having a tour of St George’s as well and Dan had his son with him and Tina had her husband, so it was a nice day for them. What strikes you is that we’re all aware grassroots clubs and grassroots sport everywhere has been so dramatically hit and that’s not just an impact on kids and their ability to go and exercise and keep healthy, that’s community connections that have been missing and people have had to find ways of navigating that in their own communities.

“Both Dan and Tina have managed that and kept their clubs connected, kept their communities connected, provided these food packages as well in both cases, so I think it’s a reminder that sport in our communities is such a massive, massive part of what brings people together and so many positives that come out of it. I can’t imagine in our lifetime there’s been a more challenging year for everybody in that regard.”

Southgate spoke of the immense power of football in engendering communities. “I think we’ve all been reminded that the game without fans is nothing and that’s on so many different levels. You know there’s the experience for the players in terms of the wins just don’t mean as much, the adrenaline of the game isn’t the same, the connection isn’t the same. Everybody that comes on the Saturday sits next to the same group of people every week that they might not see any other point, shares a pint, shares a pie, meeting up before the game in the pubs and the chip shops. And when you drive to the matches as you all are those bare streets as you drive in is such a stark thing.

“So without a doubt I think there are so many levels that we’ve seen what is missed without that connection and I think across the board clubs have tried to maintain that; they’ve tried to go out and help in their own communities and probably taken us back to what clubs existed for in the first place and important reminders for us all.”

Southgate also revealed that he had a meeting with the England squad in the autumn to re-emphasise the importance of discipline, after a number of Covid breaches and off-field issues caused distraction in the Nations League campaign. The manager pointed to the contrasting smoothness of the March friendlies, and admitted he was “angry” at how the autumn fixtures played out.

Southgate directly blamed the distractions caused by disciplinary issues. He had initially been asked about James Maddison not playing for Leicester City against West Ham United due to Covid breaches. 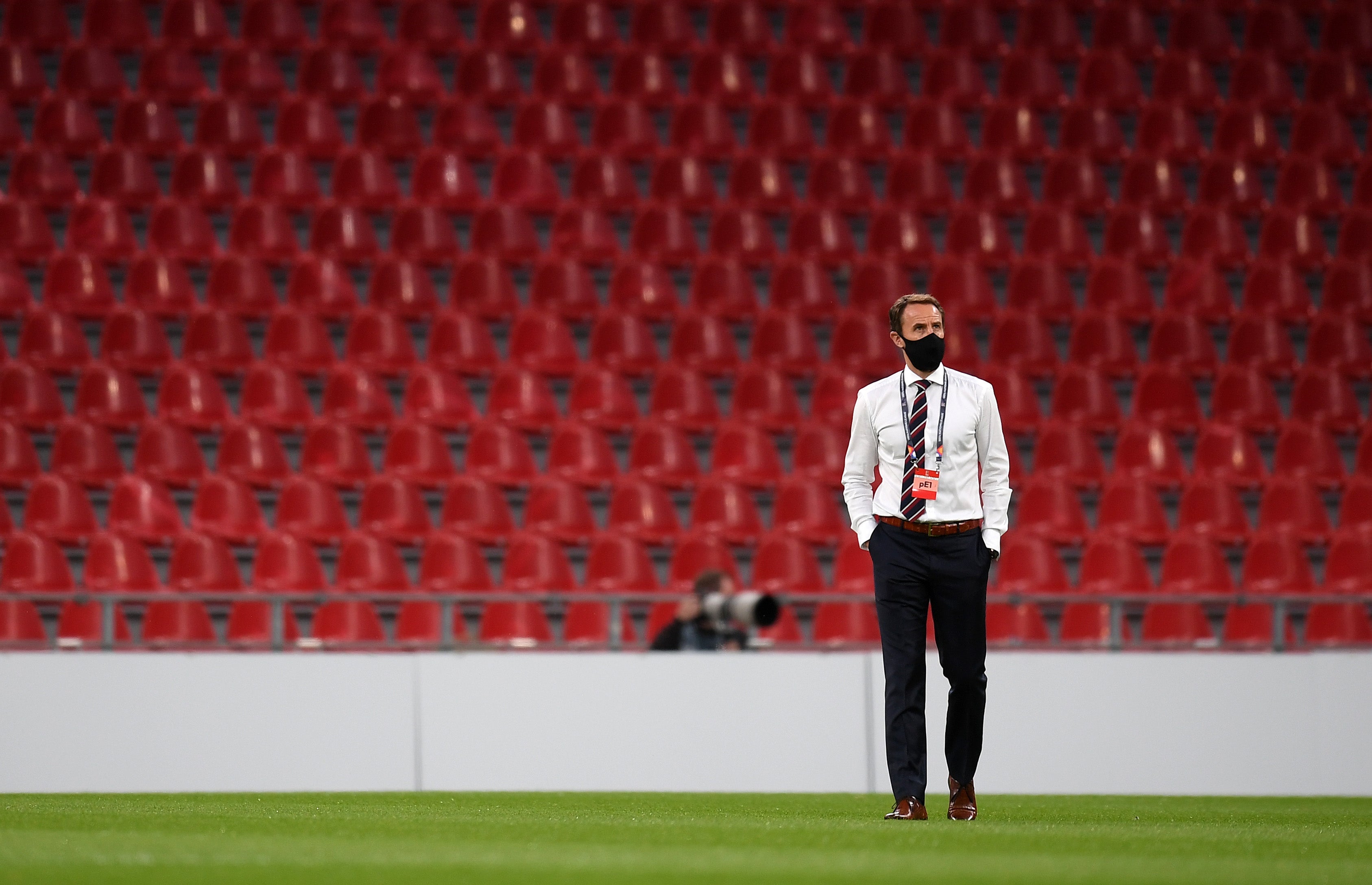 “That’s always very difficult for coaches to deal with. It puts you in really difficult positions. I can only compare that with March where we came in with no dramas coming into the camp. It’s just a much better environment to prepare for football. We were only having to make football decisions, prepare the team, talk about football topics. I think for any coaching staff and any team, when we went into the [2018 World Cup] in Russia we had minimal distractions going into it.

“That’s something I talked to the players about after the autumn. In the autumn, discipline off the pitch and on the pitch created really the biggest issues for us and meant we didn’t get to the semi-finals of the Nations League that we were desperate to be in. It still annoys me when I look at that line-up – Italy, Spain, Belgium, France. It’s a brilliant line-up and games you want to be involved in.

“One of the key areas was that we didn’t have availability of players at certain times for on and off-the-field misdemeanours. Coming into the summer we’ve got to make sure we arrive into the camp giving ourselves the best chance to focus on football and that helps to create a calmer environment for everybody to go into the tournament.”

Nationwide and the FA have pledged to ensure that one million parents and coaches engage with the FA Respect campaign over the next three years. The Nationwide Mutual Respect Award, as part of the Football Association’s Respect Campaign, aims to help make grassroots football be more respectful and positive. The brand new award recognises outstanding contributions, achievements and behaviour in grassroots football across the country by young players under the age of 18, coaches, teams, parents and referees.