England midfielder Keira Walsh has joined Barcelona for a world-record fee from Manchester City, penning a three-year contract with the Spanish club.

The Euro 2022 winner, who had entered the final year of her contract at City following eight years at the club, is now the most expensive female footballer in history. 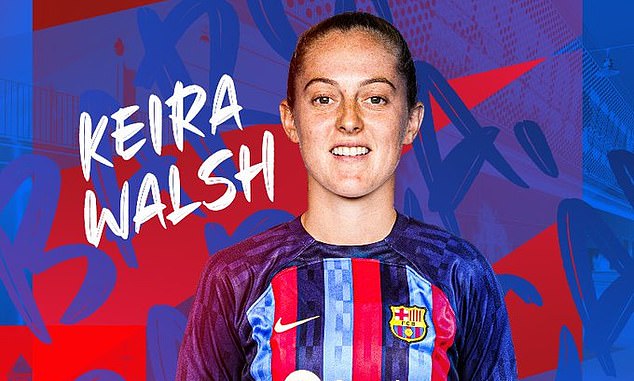 City had previously snubbed multiple offers from the Catalan club, who clinched their third successive title in the Spanish top flight last campaign.

Walsh played a pivotal role during the Lionesses’ Euro 2022 success, anchoring Sarina Wiegman’s midfield in every match during the competition.

The defensive midfielder won the Player of the Match award during England’s final against Germany, marshalling here side to a 2-1 victory in extra-time at Wembley. 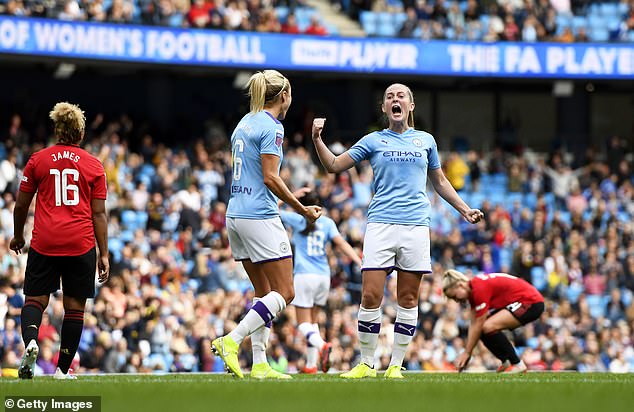 The England star exits City after eight years for a reported fee worth in the region of £400,000 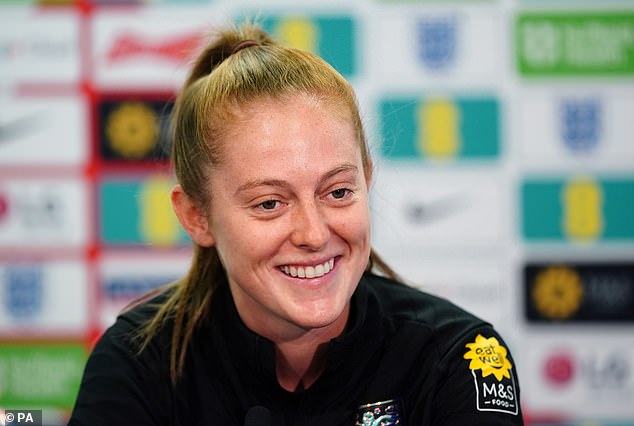 After confirming Walsh’s departure, Man City released a statement on the club website which read: ‘Everybody at Manchester City would like to thank Keira for her contributions during her time at the Club and wish her all the best for the future.’

Walsh follows in the footsteps of fellow Euro 2022 champion Lucy Bronze, who also made the switch from Man City to Barcelona earlier this summer.