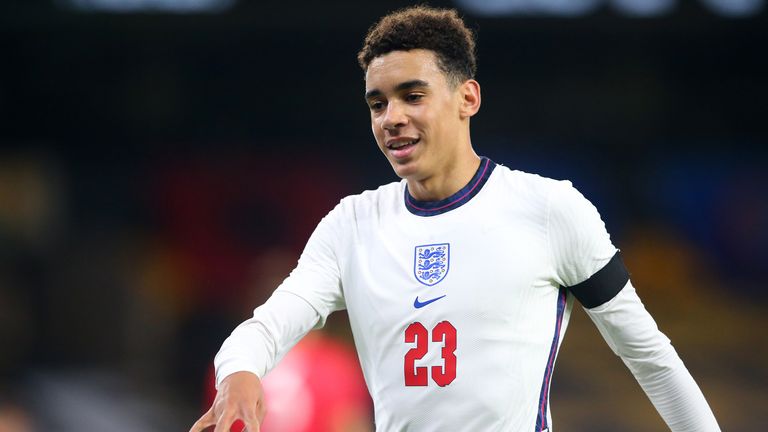 The Bayern Munich midfielder announced himself with a goal on an impressive night at Molineux.

Eddie Nketiah scored twice in the second half and also missed a late penalty after Callum Hudson-Odoi and James Justin put England in charge.

The Young Lions finish their Euro 2021 campaign unbeaten and top of Group Three, winning nine and drawing one.

They await next month’s group stage draw ahead of the first part of the tournament in March with the knockout phase held in May and June. Boothroyd knows at least 15 of the players who, in an ideal world, he will take to Hungary and Slovenia and Musiala, who made his debut against Andorra on Friday, will surely join them.

The 17-yer-old, born in Stuttgart, has been involved in an international tug-of-war with Germany but appears to be focused on England and they have another gem.

He was too good for wretched Albania who had a slim chance of qualifying as one of the five best runners-up but those hopes were virtually ended after just four minutes.

Lloyd Kelly, on the edge of his own box, curled a fine pass to Hudson-Odoi on the left and the Chelsea forward advanced unopposed. He cut inside and, despite his shot lacking serious power, Marco Molla let the ball slip through his fingers.

More sloppy defending allowed Nketiah a couple of openings but England did not need to wait long for a second. Debutant Lee Buchanan skipped down the left, his cross was missed by Elion Sota and Justin’s classy finish doubled the lead after 26 minutes.

Albania, who finish third in Group Three, were poor and any rare attack failed to trouble the hosts, who made it 3-0 nine minutes before the break. Musiala had already outlined his class by breezing past his opponents and, this time, he sliced through Albania by swapping passes with Oliver Skipp to go clean through and beat Molla. 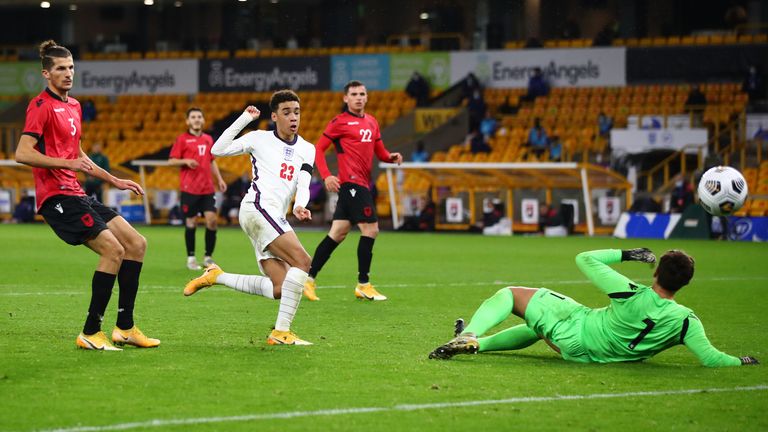 Arsenal’s Nketiah was denied a fourth by an offside call as England outgunned the visitors.

Josef Bursik did need to save Albion Marku’s deflected effort but the Young Lions made it 4-0 seven minutes after the break.

Angelo Ndrecka made a mess of trying to clear Hudson-Odoi’s cross and record scorer Nketiah pounced to fire in his 15th goal for the U21s through Molla’s legs.

Curtis Jones missed the chance to add a fifth when he headed over from six yards and Nketiah should have wrapped up the scoring with 10 minutes left.

He was clattered by Molla in the box yet the goalkeeper guessed correctly to parry the striker’s penalty.

But Nketiah did get his second four minutes from time when he cut in from the left and found the bottom corner. 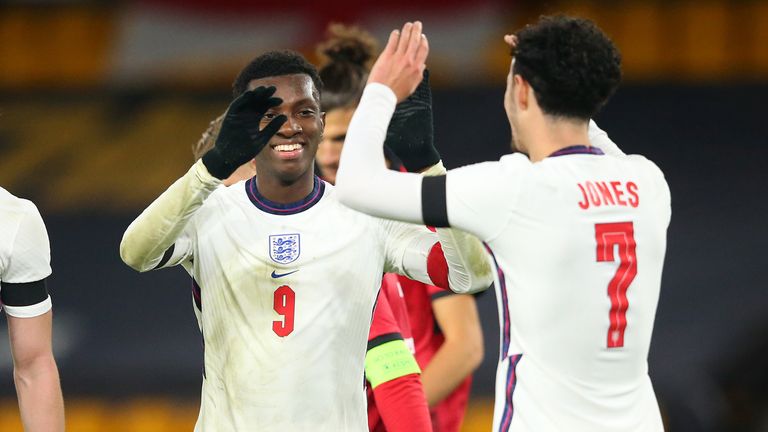 Boothroyd: Musiala has put himself in contention 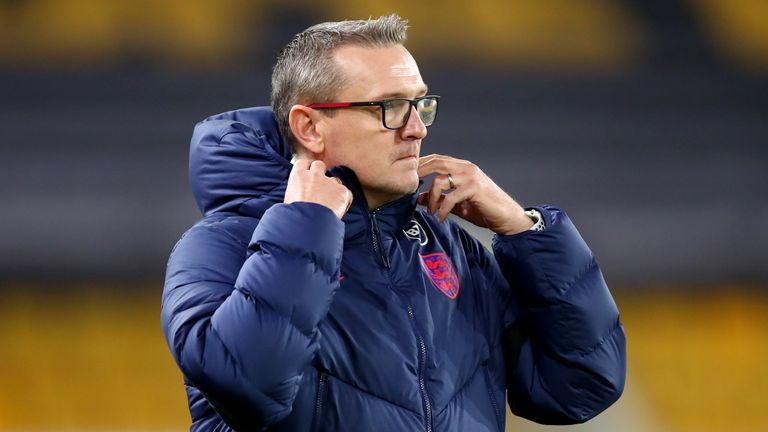 England U21 boss Boothroyd has admitted Jamal Musiala has put himself in contention for next year’s European Championship.

“He gives me a nice problem going into March,” said Boothroyd. “I thought Jamal was excellent. You can see that physically he’s not finished. He’s going to be a brute of a man.

“His brain and his feet are the most impressive, he’s razor-sharp. We’re really pleased with him to step up the way he has done.

“It’s been great to get to know Jamal this week and the players have taken to him. He’s a really good player. Hopefully we can persuade him to stay with us and we’ll continue to push his development.

“We’ll have a look at it now and hopefully everyone will stay fit.”

Tags: 5-0, Albania, England, U21s
You may also like
Latest Posts