English football fans have voted for their favourite WAG from the national team, and the usual names of Victoria Beckham and Coleen Rooney have topped the list.

Over 1000 Brits were asked by bettingexpert, ahead of the Three Lions clash Euro 2020 with Germany – who is the 'Ultimate WAG' by ranking their favourite all-time Three Lions spouse in terms of popularity.

Victoria Beckham – who is David Beckham's other half – acquired 55% of the vote; Beck's other half rose to fame as part of the chart-topping Spice Girls.

And with more than half the vote she comfortably topped the standings. However, whilst Beckham was the original WAG, it's Wayne Rooney's sweetheart – Coleen – who placed second on the list.

The pair are high school sweethearts, and they met at school in Liverpool when they were 12.

Coleen Rooney and Rebekah Vardy's feud continued into the vote, and the former beat out Vardy – who finished fifth with 3.53% of the vote, compared to Rooney's 10.87%.

Peter Crouch's wife, Abbey Clancy, rounded out the top three, and the former winner of Strictly Come Dancing had 9.6% of the vote.

Do you agree with the list? Let us know in the comments section The top three were streets ahead of their competition, with the rest of the pack all finishing around the 3% mark.

Nancy Dell'Olio was a surprising inclusion, and the Italian-British lawyer shot into the public eye when she dated Swedish gaffer Sven Goran Eriksson – who was then in charge of England.

Dell'Olio recently caused a stir when criticised the WAGs of the 2006 era.

"It's good they're not celebrities. Absolutely. They are contemporary women, more emancipated, they are much more educated. It is a good thing. It's more appropriate," she told the Daily Mail. 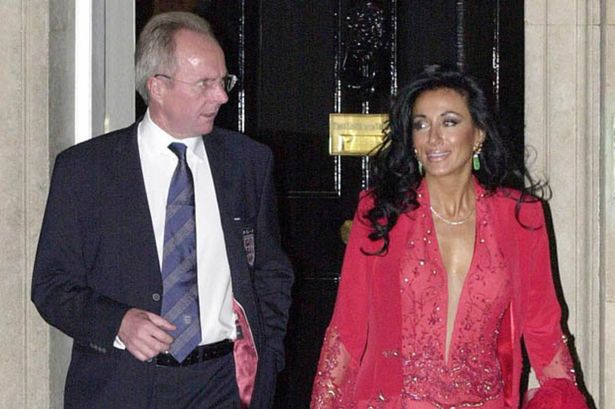 "It is not a surprise to see Victoria Beckham near the top of the list, having been married to the first true celebrity footballer and being a Spice Girl to boot," a bettingexpert spokesperson said.

"But to see her get over half of the vote share really makes her the ultimate all-time WAG in terms of pure popularity amongst the British public."

Who is the 'Ultimate WAG' in terms of popularity