‘Thank you for the lesson, Pep!’: Erik ten Hag tells his Manchester United side to ‘learn’ from their derby day thrashing… as he admits the Red Devils were given a ‘reality check’ by Guardiola’s dominant City

Erik ten Hag has thanked Pep Guardiola and Manchester City for hammering Manchester United in Sunday’s derby and teaching his players a lesson.

United were soundly beaten 6-3 at the Etihad, ending a run of four straight wins that included victories over Arsenal and Liverpool.

Ten Hag believes it is part of the ups and downs he faces in trying to turn United around, and took the unusual step of thanking Guardiola for the brutal reality check. 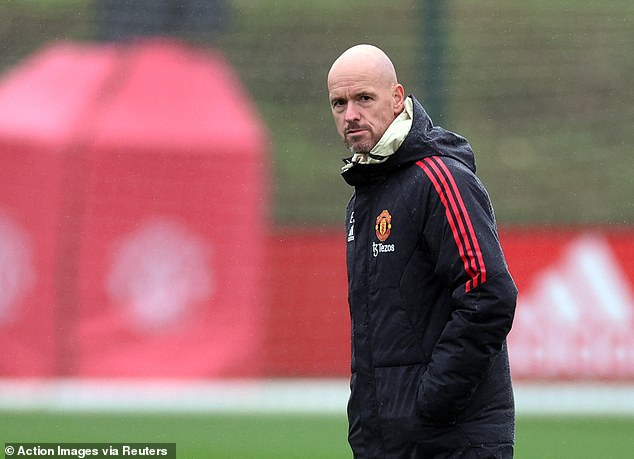 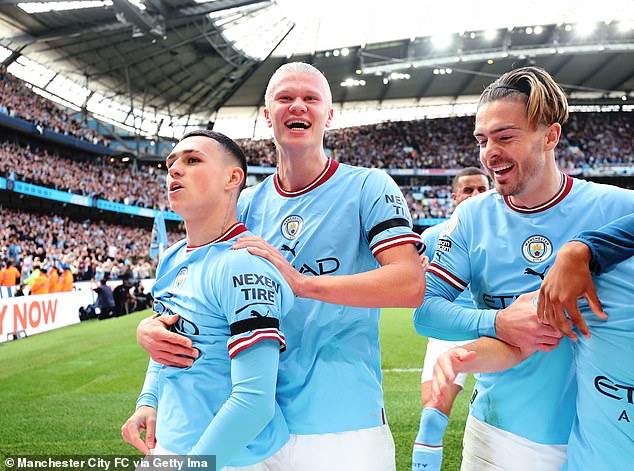 ‘I know when you’re in a process it will not go only upside, you will have setbacks. We beat the No.1 in the league, we beat Liverpool, on Sunday we had a bad at the office and we got beaten,’ said Ten Hag.

‘In this moment, on that day, City were better, we have to accept that. But we can’t accept our performance, that was unacceptable.

‘It was a reality check, so we have to learn from it and carry on. You take respect of the opponent but we still stick to our principles, that’s tactics sometimes, to surprise opponents, to bring something different to your game.

‘We will do that also in the future, but we can get a lot of confidence about this when you beat Arsenal and Liverpool, now we get a reality check with Man City. 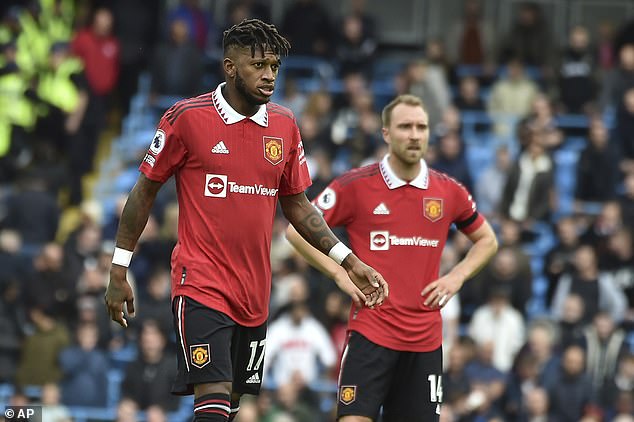 ‘We know we have to step up, so thank you for the lesson Pep and City, we will take that, we have to understand.’

Ten Hag confirmed that Harry Maguire, Raphael Varane, Aaron Wan-Bissaka and Donny van de Beek will all miss Thursday’s Europa League game against Omonia Nicosia after they were absent from training on Wednesday.

Asked if any of the players will be back soon, he replied: ‘Yes, in the case of Rapha. I have good hope. Harry will take a little bit longer, and the other two I cannot give a prognosis.’