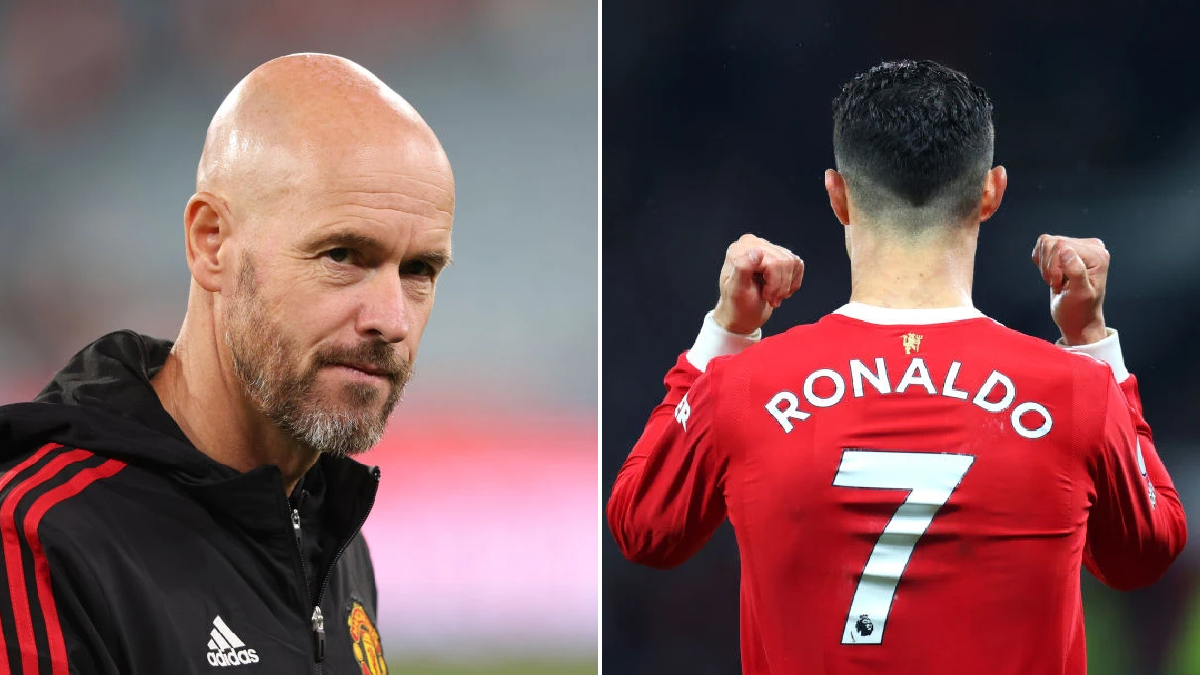 Erik ten Hag believes Cristiano Ronaldo could stay at Manchester United beyond the upcoming season despite the Portugal striker asking to leave this summer.

Ronaldo has one year remaining on the two-year contract he signed with United last summer and there is an option for that deal to be extended by a further 12 months.

But Ronaldo has been strongly linked with a move away from Old Trafford after telling the Premier League club he is open to leaving before the start of the 2022-23 campaign.

The 37-year-old has not taken part in any form of pre-season training with United this summer due to ‘personal reasons’.

Ronaldo, a five-time Ballon d’Or winner, scored 24 goals in 38 appearances in all competitions last term as Manchester United finished sixth in the Premier League and went a fifth successive season without a trophy.

Asked if it will be difficult to accommodate a player who only has one year left on their contract, Ten Hag said: ‘I am well informed, he also has also an option [for a further year].

‘Yes [Ronaldo could stay beyond this season]. Of course I have signed here for three years, but in football it’s short-term as well. We have to win from the start. So I don’t look that far ahead.’

Ten Hag admitted he is yet to speak to Ronaldo following the transfer speculation but appears relaxed about the situation, adding: ‘We all know Ronaldo is a top professional and will be fit, that is the last concern I have.’

The Dutchman, who joined United from Ajax at the end of last season, also backed Ronaldo to adapt to his style of play.

‘Cristiano is capable of doing that [pressing from the front],’ Ten Hag insisted. ‘In his career he has shown everything.

‘We want to play in a certain way. A top player can contribute and Ronaldo is an absolute top player in our squad.’

Ten Hag has taken over one of the most successful clubs in history, but one that has largely struggled since Sir Alex Ferguson’s retirement in 2012.

David Moyes, Louis van Gaal, Jose Mourinho, Ole Gunnar Solskjaer and Ralf Rangnick have all come and gone since Ferguson walked away but Ten Hag is confident he is the man to bring back the glory days.

‘I must say, I have a strong belief,’ he said. ‘This is a big challenge, but until now everywhere I’ve been I’ve got the maximum out of my teams.

‘This is the project that is the most difficult, I realise that, but I am here, so I am convinced that I can do it.

‘The first target is to win every game, that has to be our approach, that belongs to Manchester United.

‘It is a pleasure, that’s why I took it, I know it’s not an easy job but that gives me some joy and energy, that together with all the people around, to make a unified co-operation. That has to be the platform for success.’