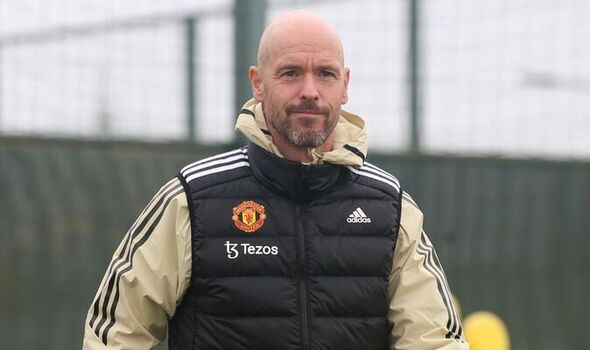 Manchester United boss Erik ten Hag has indicated that he’s prepared to move either Victor Lindelof or Tyrell Malacia to an unfamiliar position if required. Diogo Dalot has established himself as United’s first-choice right-back this season with a number of stellar performances.

The Portugal international initially struggled to make an impact at Old Trafford after being signed by Jose Mourinho back in 2018. But he’s now seen as one of the first names on the teamsheet under Ten Hag with Aaron Wan-Bissaka facing a tough battle to win his spot back.

The 23-year-old has started every match for United this season so far and looks set to keep his place for Thursday’s crucial Europa League game against Real Sociedad. Ten Hag has been delighted with his right-back’s performances to start the season, but the United boss now has Wan-Bissaka back from injury.

And the Dutchman is also willing to name either Lindelof or Malacia as makeshift right-backs if need be. “I hope he is keeping progressing, not only sticking to this level,” he said.

“Our approach is good is not good enough, you have to do better. We’re really happy with the development of Diogo but I know every club at the top needs backup and competition.

“I think we can replace him with Victor Lindelof, Tyrell Malacia, and luckily Aaron Wan-Bissaka is back from injury. It’s heavy when you have to play every game but he is physically good profile and he needs to keep developing. We’re confident he will do that.”

“Clear. Obviously, it’s important,” he said. “We can win tomorrow night. We know what we have to do win by a two-goal margin.

“But if you want to win the trophy you have to win all the games so we have to win every one.”

He added: “You face heavy opponent but we like those challenges. If you want to win the trophy then you have to beat them all.”