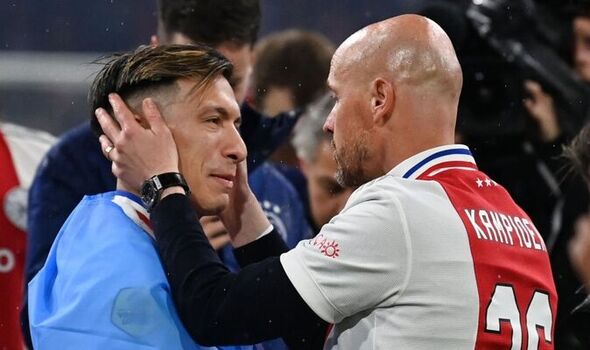 Manchester United’s recruitment team wanted to sign Pau Torres from Villarreal but Erik ten Hag made it clear he would favour the capture of Lisandro Martinez, according to reports. The Red Devils have endured a slow start to the summer transfer window but the wheels are now finally in motion following the signing of highly-rated left-back Tyrell Malacia from Feyenoord.

There’s now hope that playmaker Christian Eriksen and Martinez will follow in due course with United set to depart for Bangkok today for their pre-season tour – without talisman Cristiano Ronaldo.

United have now matched Ajax’s £45m valuation for Martinez as they await an official response from the Dutch giants, with the player seemingly keen to reunite with former boss Ten Hag.

However, it has now emerged that he was not the club recruitment team’s preferred target of choice when they made their recommendations to the United hierarchy.

The Manchester Evening News claim the United board overruled recruitment chiefs by pushing ahead with the Martinez deal, despite Torres being identified as the ideal defensive target. 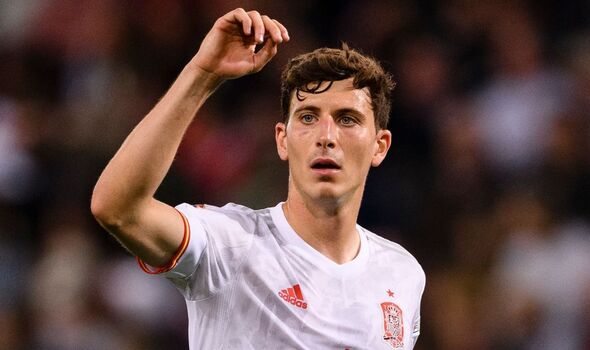 Ten Hag decided he wanted to sign his former Ajax defender and the Old Trafford hierarchy were willing to back their boss, who looks set to get his wish.

Arsenal have also pushed hard for Martinez and they were the first side to make an official bid of £25m, which was rejected out of hand.

The Gunners then went in again with an offer of £35m plus add-ons before United gazumped their highest offer.

At the start of the window, all signs pointed towards United moving for Spain international Torres.

Even before Ten Hag arrived at the club, the Red Devils were huge admirers of the Villarreal stalwart, who impressed against United in the 2020/21 Europa League final in Warsaw.

But United then moved onto Jurrien Timber but failed to entice the Dutchman into a move. Instead, they are now pushing ahead with the signing of his centre-back partner.

United are also understood to have held two rounds of talks with the representatives of Braga defender David Carmo.

He too is another left-footed centre-back who likes to get on the ball and play out from the back.

Carmo has since sealed a £16m switch to Portuguese giants Porto having also previously attracted interest from Liverpool.

Ten Hag enjoyed a strong professional bond with Martinez during their time together at Ajax, where the Argentine was one of the integral members of his dressing room.

The versatile defender can also provide cover at left-back and in holding midfield, which is why he was also of such strong interest to Mikel Arteta.