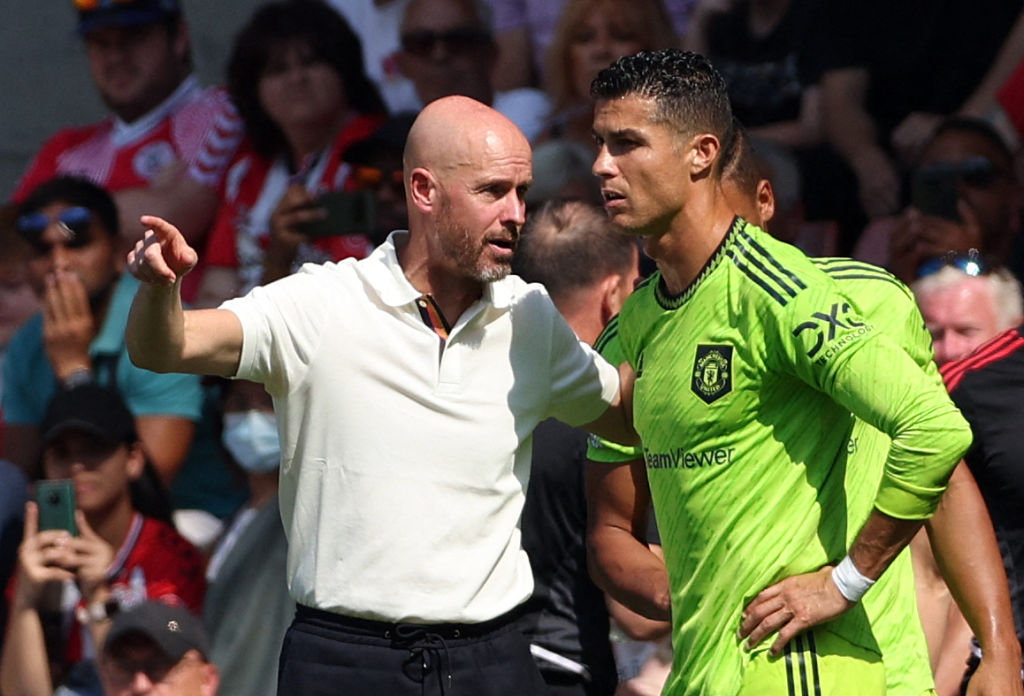 Cristiano Ronaldo is set to stay at Manchester United beyond the January transfer window with Erik ten Hag told their will be no money to spend on a new striker until the summer.

The veteran striker pushed to leave Old Trafford during the summer transfer window and was offered to a host of clubs including Chelsea, Paris Saint-Germain, Bayern Munich and Atletico Madrid as his agent Jorge Mendes sought to engineer a move.

United only received one firm offer for the 37-year-old however, from a club in Saudi Arabia which was rejected by the player.

No longer in the first-team, three of Ronaldo’s four starts this season have come in the Europa League, enduring another frustrating evening in front of goal against Omonia on Thursday having scored just once this term – a penalty against Moldovan side FC Sheriff.

United are aware Ronaldo is likely to push to leave once again in January but are confident he will stay owing to a lack of genuine interest, according to ESPN.

With ten Hag is understanding of Ronaldo’s desire to secure more game time, he is reluctant to let the Real Madrid legend leave mid-season with his options up front likely to remain limited until the end of the season.

United spent over £200m during the summer transfer window but failed to bring in another striker option, albeit strengthening their attacking options with the £85million signing of Antony from Ajax.

Ten Hag has turned to Marcus Rashford to lead the line this season with Anthony Martial fit once again, coming off the bench to score three times in his last two appearances.

While both have enjoyed promising starts to life under the Dutchman, United’s options up top remain thin should one of them pick up a knock.

But having been told there is ‘highly unlikely’ to be any money to spend in January, United’s chances of bringing in a new option remain slim with Ronaldo set to remain in Manchester.

Rashford and Martial spared United’s blushes by coming off the bench to rescue a 3-2 win away in Cyprus on Thursday.

Both will be pushing for starts when United return to Premier League action away to Everton on Sunday evening.