De Jong rose to prominence under Ten Hag during Ajax’s sensational run to the Champions League semi-final in 2019. The Netherlands international earned a move to the Catalan giants, but has struggled to consistently show his best form at the Camp Nou.

The new United boss is said to have been handed a transfer budget in excess of £100million to kickstart a major rebuild at Old Trafford, with a new central midfielder on the shortlist. However, it would appear De Jong is not completely sold on a switch according to his former manager for both club and country Ronald Koeman.

The ex-Everton boss revealed private messages between the pair which outlined the 25-year-old is keen to remain at his current club. Koeman told Esport 3: “The only thing I know is that Frenkie wants to continue at Barca. 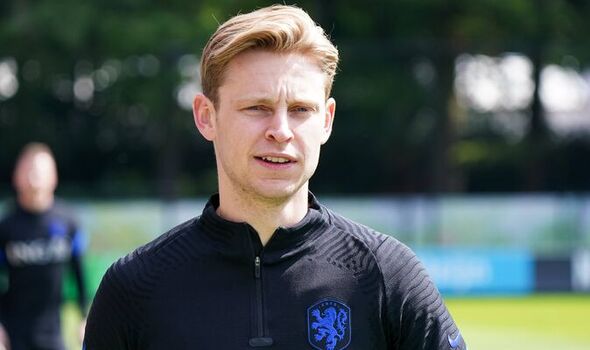 “A couple of days ago he told me he wanted to continue. What I don’t know is if Barca wants to sell him or needs money because he is one of the few players for whom they can get a good amount. For me, De Jong is a great player for Barca.”

With a reported fee of almost £60m with add-ons included, the move for De Jong is already bearing striking similarities to the deal struck for Angel Di Maria in the summer of 2014. The Red Devils agreed a British-record fee for the Real Madrid superstar, only for the winger to endure a miserable solitary season in the Premier League.

Following a promising start to his United career, Di Maria’s form faltered as the Argentina international began to struggle with injuries. Reports emerged that the summer signing was understandably left unsettled by a break-in at his Cheshire home, and it was no surprise that the winger left the following summer for Paris Saint-Germain.

United accepted a loss of around £15m on Di Maria, who went on to criticise former boss Louis van Gaal and stressed he was never keen on the move. He told Spanish outlet Marca in October 2015: “My intention was always to stay at Madrid.

“I don’t really know what happened on the inside of the deal – these are things that representatives deal with. It happens in football.

“My move to PSG could have happened before this summer but it didn’t for financial reasons and I ended up going to United. In the summer I had the chance to go there again and I could not say no. 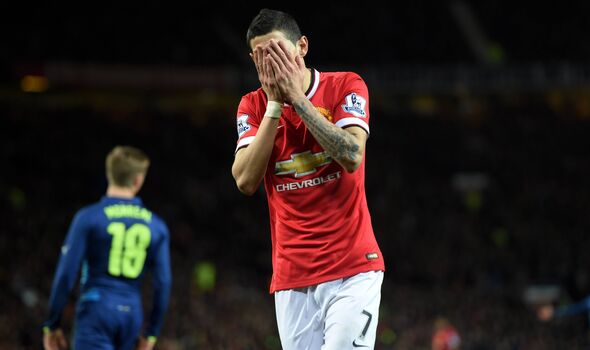 “I started very well but then I had problems with people at the club, I started being left on the bench, then my home was robbed. It all just made me want to get out of there as quickly as possible.”

De Jong’s hesitation over a move to United has been the subject of several reports this summer, but Barcelona’s financial troubles could make the midfielder’s decision for him. However, while Ten Hag is keen to build his new midfield around the Netherlands star, the early warning signs with Di Maria’s ill-fated stint are hard to ignore.