‘We are planning with Cristiano. That’s it. He is NOT for sale’: Erik ten Hag tells Ronaldo he WON’T be leaving Man United – but admits they HAVEN’T spoken since his star man’s plan to quit went public

Erik ten Hag has reiterated that wantaway star Cristiano Ronaldo is not for sale and is in Manchester United’s plans.

The five-time Ballon d’Or winner dropped the bombshell news earlier this month that he is keen to leave the club this summer and is yet to return to pre-season training.

Ten Hag, who was speaking ahead of the Red Devils’ pre-season friendly against Liverpool in Bangkok, has reinforced United’s stance that the Portugal international is not for sale. 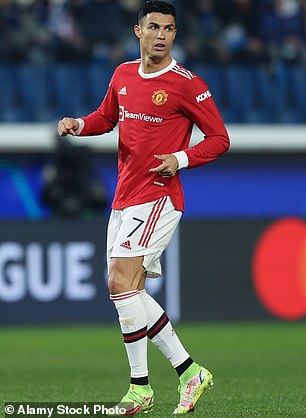 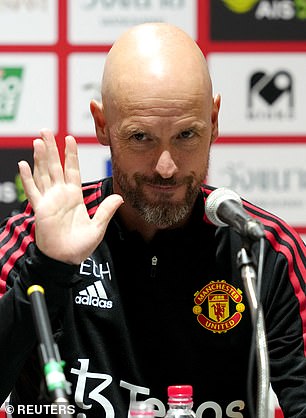 ‘We are planning with Ronaldo for this season – that’s it. I’m looking forward to working with him,’ the United boss said on Monday.

Ronaldo did not report for pre-season training last week due to family reasons amid huge uncertainty over his future at the club.

He was due back for his first day of pre-season under Ten Hag last Monday but United accepted the explanation for his absence. 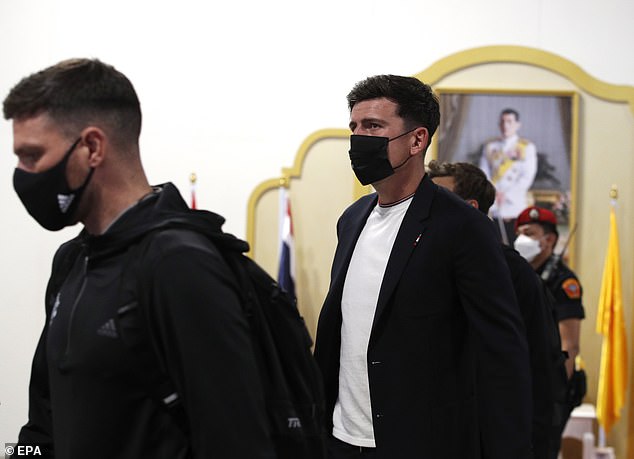 The news of the delayed return came just days after he told the club of his desire to leave should they receive a suitable offer amid his concerns that the club is not moving forward quickly enough.

Ten Hag revealed that he and Ronaldo haven’t spoken since the news broke and that ‘personal issues’ are still preventing him from joining pre-season preparations.

‘He hasn’t told me this. I have read, but as I say, Cristiano is not for sale, he’s in our plans and we want to get success together,’ he added.

‘He’s not with us. That’s due to personal issues.’

Ten Hag did also confirm that Harry Maguire will remain as captain after doubts over his leadership last season.

‘Harry Maguire is the captain. He’s an established captain, he’s achieved a lot of success, so I don’t doubt this issue,’ he said.