Sven-Goran Eriksson sticks to his guns as he opts for Frank Lampard and Steven Gerrard in the heart of his best England XI midfield with Paul Scholes on the left… but who else makes the team and who did he pick in world XI?

Sven-Goran Eriksson has selected Frank Lampard and Steven Gerrard together in midfield in his best England XI.

The pair notoriously found it difficult to play alongside each other for the Three Lions despite both being superb players. 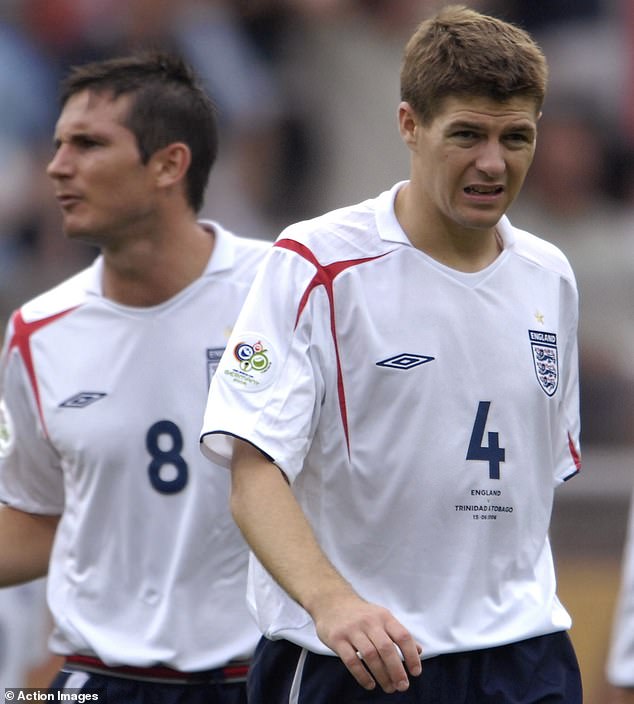 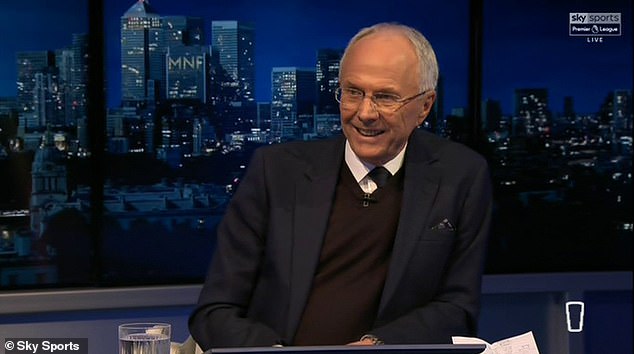 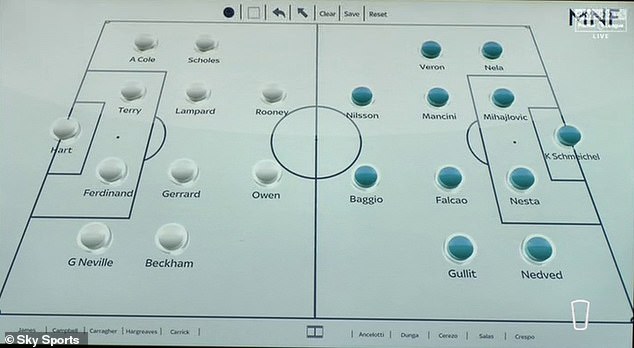 Gerrard and Lampard often impressed for Liverpool and Chelsea respectively but were unable to win any trophies for England.

In addition to Scholes, David Beckham was also included in Eriksson’s team.

Explaining his choices, Eriksson told Sky Sports Monday Night Football: ‘At that time, this was the best four midfielders we had in England. I could not put one of these (Beckham, Lampard, Gerrard, Scholes) on the bench. 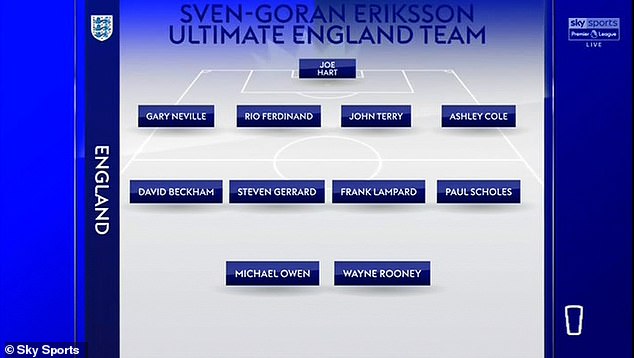 ‘I picked because I was convinced these four were the best. I was always convinced Gerrard and Lampard could play together. You could have put Gerrard on the left maybe and Scholes to the middle.

‘Maybe Rooney could play wide but the only one who was not used to play in this position was Scholes, but he always came inside.’

Joe Hart didn’t play under Eriksson for England but was managed by him at City and made the Swede’s selection.

Eriksson said:  ‘Joe Hart, I never had him in the national team but I had him with Manchester City. During my time as a manager in England he was the best goalkeeper but he was not ready for the big tournaments.’ 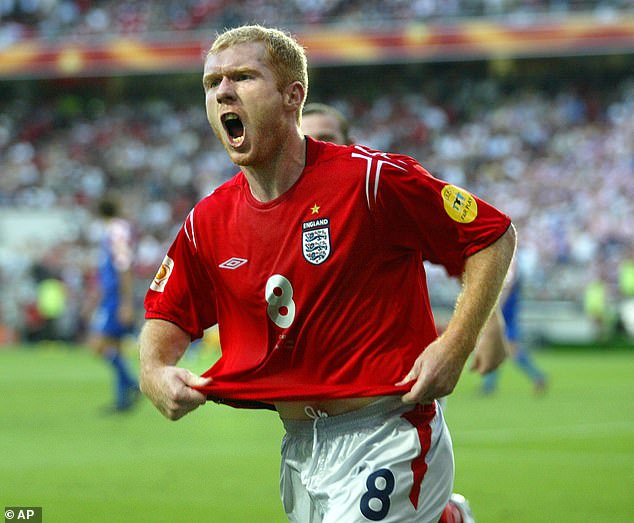 He said: ‘Gary Neville, he always had opinions about everything before training, after training.

‘One day we were leaving training and he complained about something, at the same time Beckham said don’t listen to him, he’s born like this and he will die like this, but he’s a good man.’

Michael Owen and Wayne Rooney were the two strikers selected by Eriksson, who admitted that he didn’t see the best of the latter for England. 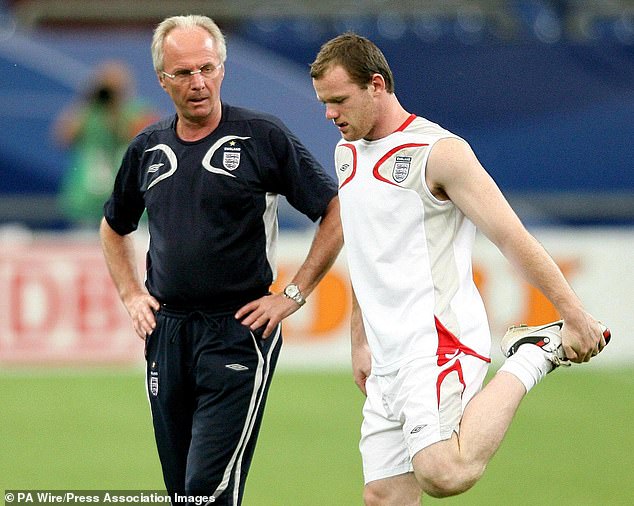 Eriksson said: ‘I only had Rooney in the national team and the big tournaments he was unlucky a little bit, injured, sent off the last one. I really didn’t see the best of Rooney, but you could see this was a great player. But he’s the best goalscorer for England and Manchester United.’

Eriksson, who has managed in a host of different countries, also named his ultimate rest of the world team.

Kasper Schmeichel, who he managed at Manchester City, was selected in goal.

‘Schmeichel, outside England he was the best goalkeeper I had’, explained Eriksson.

Pavel Nedved, who played for Eriksson at Lazio, was surprisingly selected at left-back so that he could fit into the team. 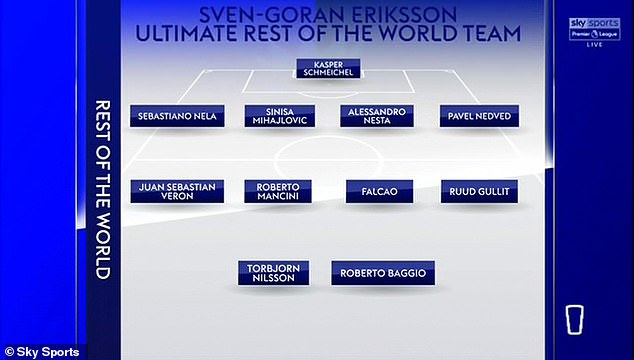 Brazilian midfielder Roberto Falcao, was Eriksson’s pick for the best player that he managed, with the pair having worked together at Roma.

‘Falcao was the coach on the pitch. The players sometimes told me that we cannot play without him. He had the vision, elegent player. He had everything.’ 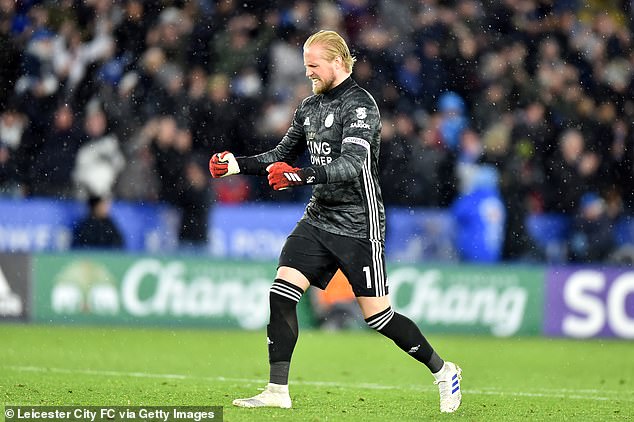 Kasper Schmeichel, who Eriksson managed at Manchester City, made the rest of the world XI

Eriksson added: ‘Gullit’s power made him stand out, I had him in Sampdoria. I wanted to show the world that he was good and he was good. He played as a striker but also right midfield sometimes. Quick, good technique.

‘I don’t understand why Veron wasn’t good in the Premier League. The football brain that guy has. I think he needs to feel like a leader, if not he will be a little bit down.

‘Nilsson, I think he was the best of all these (strikers), he was fantastic. Liverpool they followed him, 1982 I think, for two months but he chose to go to Germany instead and that was a big mistake. He was out of this world. Roma wanted him, many teams wanted him. He went to the wrong country at that time.

‘Baggio was the golden Italian boy for sure and he signed for Fiorentina when he was 18, 19. You could see at once he would be something very, very special.’

Tags: and, Eriksson, for, Lampard, opts
You may also like
Latest Posts