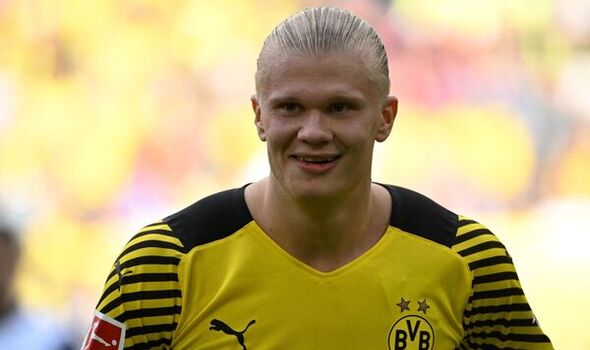 Dortmund forward Erling Haaland has reportedly passed a medical at Manchester City as the Premier League champions prepare to announce they have completed the signing of the 21-year-old. Haaland has long been linked with a transfer to one of the European elites, but it looks as though Pep Guardiola’s side have beaten off stiff competition to win the race.

According to transfer expert Fabrizio Romano, on Monday Haaland completed his medical assessments by City before returning to Dortmund. The deal is expected to be confirmed later this week, with City activating the release clause in Haaland’s contract. This was initially expected to be around £64m, but according to Romano the actual cost is a fair bit cheaper, at roughly £51m.

The move will certainly terrify Premier League defences up and down the land, with the Norwegian international garnering a reputation as one of the most fearsome forwards in world football.

Haaland has scored a sensational 85 goals in 88 appearances for Dortmund since his arrival from Red Bull Salzburg back in the January transfer window of 2020. And he now looks set to follow in his father’s footsteps, with Alf-Inge also previously representing City.

Meanwhile, Liverpool boss Jurgen Klopp has already given his view on the prospective move. The Reds manager will no doubt not exactly be delighted to see such a talented player joining their bitter title rivals.

But he told Sky Sports: “I signed a new contract knowing Man City would not stop developing. It’s not about City defining whether we can be happy – it’s about us. You can face City in five competitions and the rest of the time you play against other teams.

“If Erling goes there he definitely will not weaken them, that’s for sure. I know at the moment there is a lot of talk about money but this transfer will set new levels, let me say it like this.”

Personal terms have been agreed on a five-year basic £350,000-a-week contract, and Haaland could slot in at the upper end of City’s wage structure with just Kevin De Bruyne ahead of him in earnings. His father is also expected to net a multi-million-pound windfall from the deal as an advisor.

Barring any last minute hitches the move, likely to be jointly announced by Dortmund and City, will see the striker join up with the club before the Premier League champions elect tour the United States this July.

City are confident that they can balance the books with Fernandinho set to leave the club in the summer and with Raheem Sterling and Gabriel Jesus contenders to move on following the arrival of Haaland. Both players are being closely tracked by Arsenal.