The Europa League final takes place on Wednesday, May 26, with both Manchester United and Villarreal aiming to seal the first European trophy of the campaign. United are heavy favourites to win the competition, with Villarreal hoping to claim their first ever European trophy.

The 12th Europa League final will be taking place at 8pm on Wednesday evening.

It will be the fifth time that the two teams have come face-to-face, with all previous matches ending 0-0.

United beat AS Roma 8-5 on aggregate, to reach the cup final.

The Spanish side, meanwhile, overcame a tight contest against Arsenal, with the Gunners’ former manager, Unai Emery, coming out on top. 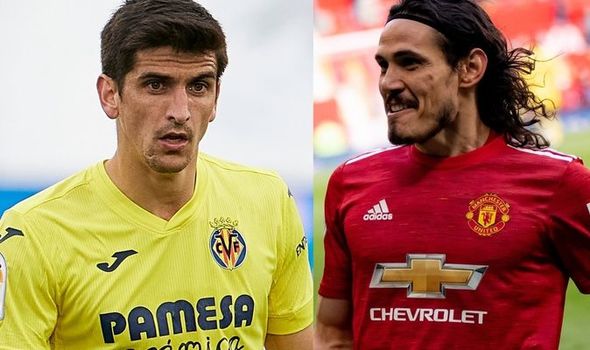 United are expected to lift the Europa League trophy, according to the latest odds from Betfair.

The bookies are also anticipating a relatively quiet affair, with fewer than 2.5 goals more likely than over 2.5 goals.

Edinson Cavani has the lowest odds for getting on the scoresheet in Gdansk.

Betfair spokesperson Sam Rosbottom told Express.co.uk: “Manchester United are favourites to repeat their triumph in the 2016/17 Europa League and hand Unai Emery a rare defeat in a European final.

“United are 2/5 to lift the trophy as Ole Gunnar Solskjaer seeks his first piece of silverware at Old Trafford, but Emery – a three-time winner of this competition with Sevilla – stands in his way and Villarreal are 2/1 to take the trophy back to Spain.

“Edinson Cavani scored four in the two semi-final matches and is United’s leading chance of goals in the final at 13/8 to hit the back of the net, while Amad at 2/1 is Villarreal’s biggest threat. 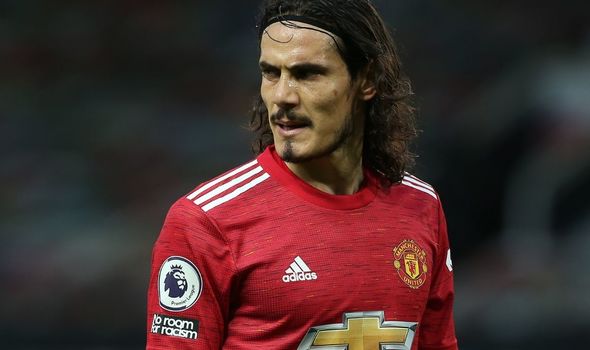 “When he scores United often win and Cavani to score and United to lift the trophy is 2/1.

“United wrapping up the trophy in 90 minutes is the most likely outcome at 20/23, while Villarreal getting the job done in normal time is 19/5. Either side winning in extra time is 5/1 and the tie being settled from 12 yards is 9/2.

“Finals can be cagey affairs and at 8/11 under 2.5 goals is more likely than over (11/10), not that either side will mind too much if the trophy joins them on the plane home.”

Villarreal to lift the trophy – 2/1

Manchester United to lift the trophy – 2/5

Either team on penalties – 9/2