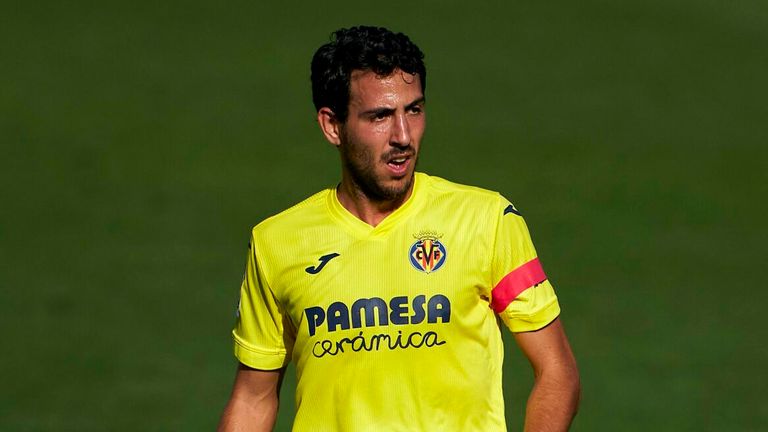 Dani Parejo returned to haunt his former club as Villarreal beat Valencia 2-1 to maintain their strong start to the new LaLiga season.

Parejo spent nine years at Valencia until he was surprisingly handed a free transfer in August this year. And he made them pay by striking a 69th-minute winner on his Villarreal debut, despite his side being reduced to 10 men in stoppage time after the sending-off of Japan international Takefusa Kubo.

Villarreal’s win briefly took them to the top of the table, but they were deposed by Real Sociedad after their impressive 3-0 win at Real Betis in the late kick-off.

Portu put the visitors in front just before half-time and a Mikel Oyarzabal penalty followed by an 88th-minute effort from Adnan Januzaj lifted Imanol Alguacil’s side to the summit.

Second-half goals from Alejandro Remiro and Inaki Williams gave Athletic Bilbao their first home win of the season with a 2-0 success against Levante.

Elche stretched their unbeaten run to three games with a 2-0 win at Alaves, while Huesca and Real Valladolid are still searching for their first wins of the season after sharing the points in a 2-2 draw.

Eibar and Osasuna finished goalless and the visitors finished the match with 10 men after Jon Moncayola was sent off two minutes from time for a second bookable offence. 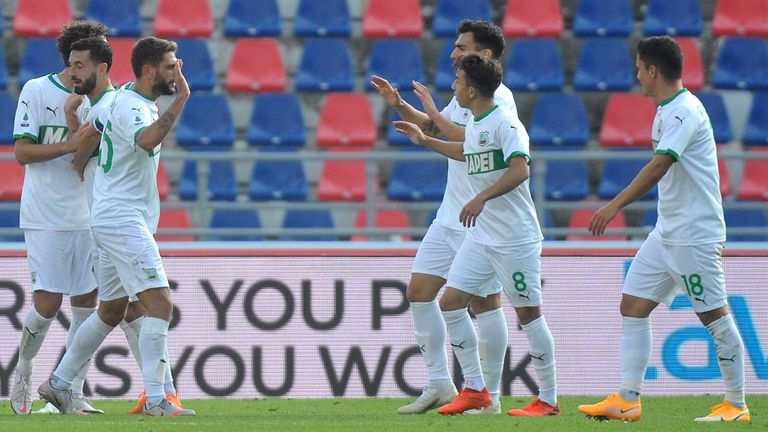 Sassuolo struck back from two goals down to win 4-3 at Bologna and continue their dream start to the new Serie A season.

Trailing 3-1 after an hour, Roberto De Zerbi’s men hit back with goals from Filip Djuricic and Francesco Caputo to level, before Takehiro Tomiyasu’s 77th-minute own goal sent the visitors up to second in the table.

Edin Dzeko scored twice as Roma secured their second straight win with a 5-2 home success against Benevento, who fell away despite taking a shock fifth-minute lead through Giovanni Caprari. 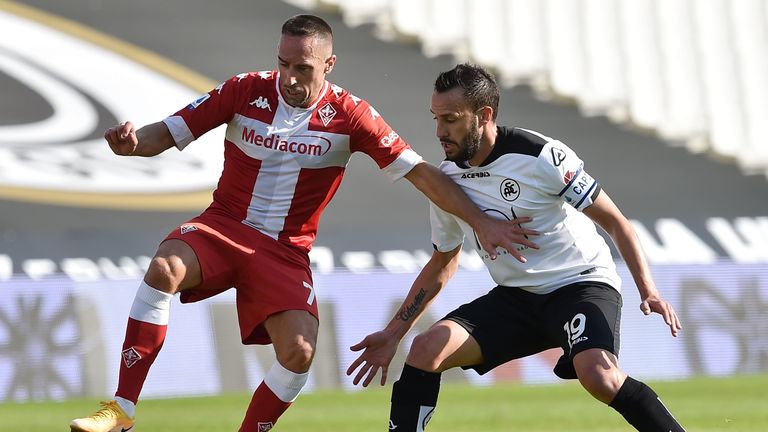 Fiorentina‘s frustrating start to the new campaign continued as they surrendered an early lead to draw 2-2 at Spezia.

Goals from German Pezzella and Cristiano Biraghi gave the visitors a 2-0 lead in just four minutes, but Daniele Verde reduced the deficit before a defensive error saw Diego Farias lash a 75th-minute equaliser.

Torino remain pointless after a 3-2 home defeat against Cagliari, for whom Giovanni Simeone scored twice including a 73rd-minute winner.

Torino, both of whose goals came from Andrea Belotti, had substitute ‘keeper Vanja Milinkovic-Savic red-carded from the bench for dissent in the dying minutes.

Udinese claimed their first points of the season with a 3-2 win over fellow strugglers Parma, with Ignacio Pussetto hitting the winner for the home side in the 88th minute. 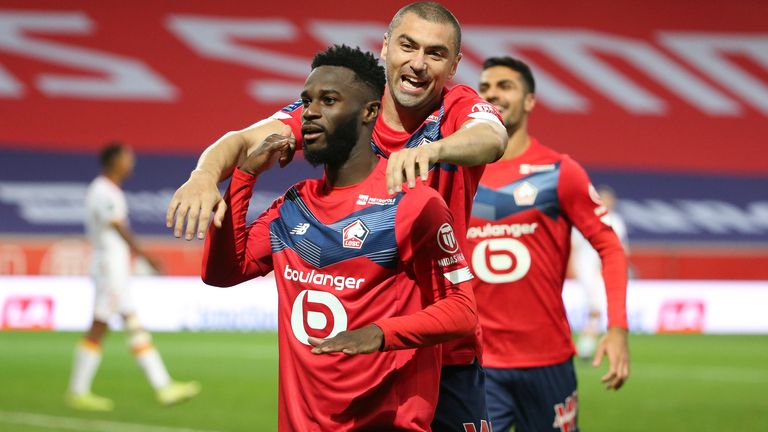 Lille thumped nine-man Lens 4-0 to resume their position at the top of Ligue 1.

Goals from Burak Yilmaz, Jonathan Bamba, Nanitamo Ikone and Yusuf Yazici sealed the win over the visitors, who had Jonathan Gradit dismissed in the 57th minute for a second yellow card, and substitute Clement Michelin also sent off on 75.

Goals from Pierre Lees-Melou, Amine Gouiri and Myziane Maolida saw Nice ease to a 3-1 win over Saint Etienne, who have now lost three games in a row.

Karl Toko Ekambi scored twice as Lyon held on for a 3-2 win over struggling Strasbourg.

Montpellier earned a 1-1 draw at Monaco despite playing the last 71 minutes with 10 men following the early dismissal of Teji Savanier.

Bundesliga: Schalke get on the board In the Bundesliga, Schalke claimed their first point of the season in a 1-1 draw with Union Berlin.

Marvin Friedrich threatened to heap more woe on the hosts with a 55th-minute opener, but Goncalo Paciencia equalised 14 minutes later.

Cologne also claimed their first point of the season in a 1-1 draw with Eintracht Frankfurt. Andre Silva put the visitors in front from the penalty spot but Ondrej Duda equalised early in the second half.