Everton boss Carlo Ancelotti wants to keep Mason Holgate at Goodison Park next season and has told the club to offer the young centre-back a new improved deal to ensure he stays. The 23-year-old was sent out on loan to Championship side West Brom last season, but the youngster has established himself as a key part of Everton’s first-team squad this campaign.

Holgate, who joined Everton from League One side Barnsey in 2015, began the season on the bench, but has worked his way into becoming a key part of the Toffees team with several impressive performances.

He has made 25 appearances in all competitions this season and has also chipped in with one goal and three assists.

According to The Sun, Holgate is currently on a lower salary but is now in line for a lucrative new deal to bring him more into line with what his team-mates earn.

The club also hope this will prevent the player seeking a possible move to the Etihad, as Manchester City are reportedly keen on the defender. 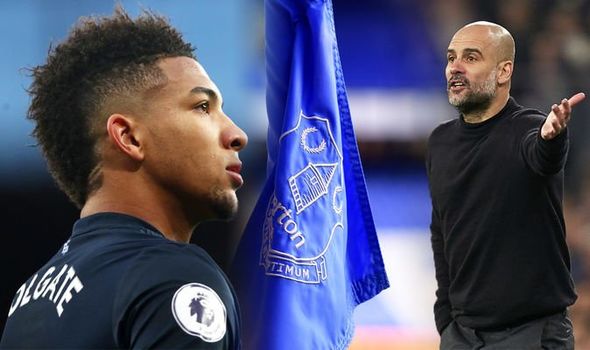 City boss Pep Guardiola is looking to find a long-term partner for Aymeric Laporte, due to inconsistent performances from John Stones and Nicolas Otamendi.

According to the Mirror, City see Holgate, who is valued at £30million, as a summer transfer target.

The youngster has impressed under Ancelotti and his versatility also adds to his value – the centre-back can also play as a defensive midfielder or right-back.

Guardiola decided against signing a replacement defender for the outgoing Vincent Kompany last season and following that choice the Citizens have struggled at times at the back this campaign.

With 11 Premier league games still to play City have already conceded six more goals than they did last season, when they finished the campaign having let in 23 goals.

Guardiola has often resorted to playing Fernandinho, who usually plays as a defensive midfielder, at centre-back, even when Stones if fit and available.

During City’s 2-1 win over Real Madrid in the Champions League, the Brazilian came off the bench to replace an injured Laporte. 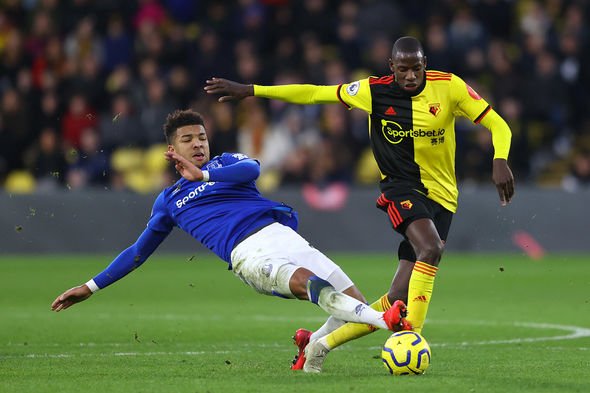 Stones, who was fit, was not even included in Guardiola’s match day squad.

The report claims City could offer Stones to Everton as part of a deal to bring Holgate to the Etihad.

If this did occur it would mark and end to a somewhat frustrating spell at City for the England international.

City signed Stones from Everton for £47.5m in 2016 in a deal which made him the world’s second most expensive defender.

However, the defender has only made 18 appearances for City this season after falling down the pecking order at the club.