Everton midfielder Morgan Schneiderlin is set for a lengthy spell on the sidelines after undergoing surgery on a knee injury.

The 30-year-old was forced off in the defeat at Arsenal last weekend and had an operation to repair cartilage after suffering a torn meniscus.

‘So sad about my injury. I will come back stronger,’ the midfielder wrote on Instagram. 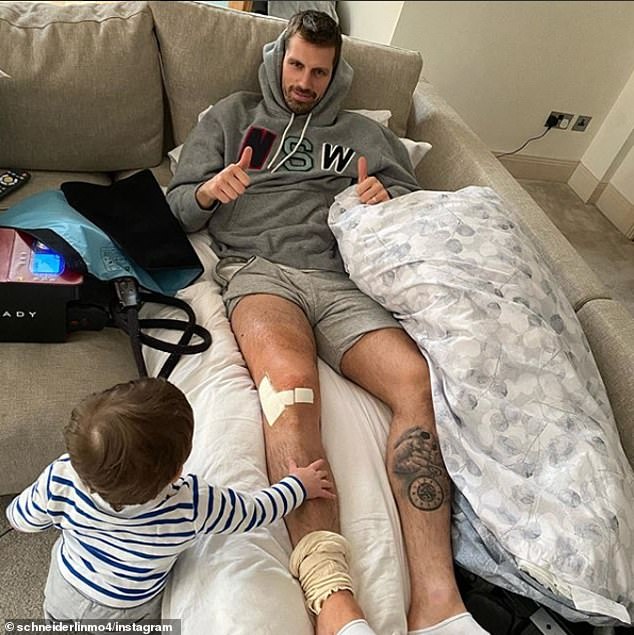 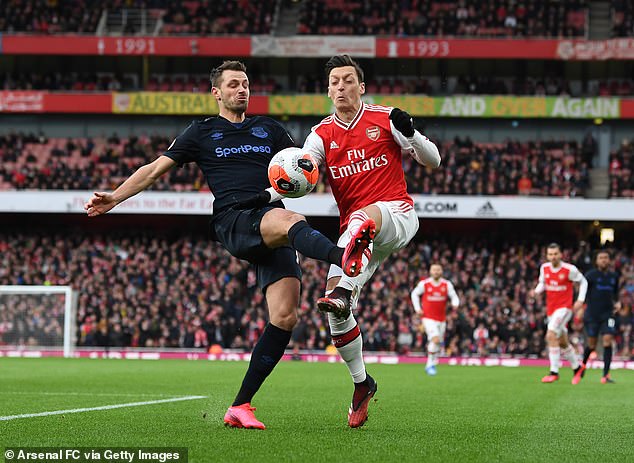 Schneiderlin started the game at the Emirates but was replaced 14 minutes into the second half by Andre Gomes, who returned to action after nearly four months out with a serious ankle problem.

The Frenchman has played 18 times in all competitions this season and had recently found himself back in Carlo Ancelotti’s side after a spell out of the starting XI, but could now face around two months out.

The news comes as blow to Ancelotti as he looks to finish in a European position, but he does have Theo Walcott fit again after he missed Sunday’s 3-2 defeat at the Emirates, while Lucas Digne could also return.

‘Theo is fit – he doesn’t have a problem,’ said Ancelotti ahead of this weekend’s game against Manchester United. 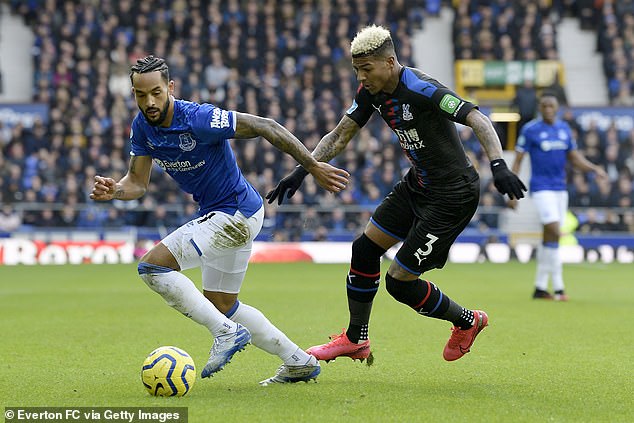 ‘Lucas is training individually. He had a little problem with his calf. We are going to check tomorrow [Saturday].’

Asked whether Gomes could replace Schneiderlin in the starting XI on Sunday, the Italian added: ‘I think Andre is ready to start. I think he is closer to starting compared to last week. He trained well, normally, properly.

‘He can play but I have to talk to him before the game. He did really well [against Arsenal].

‘I was surprised by the fact it did not seem he had been out for three months. He played with confidence, making tackles, without any fear.

‘I think it was good for him to play. He has shown more confidence this week compared to last week.’ 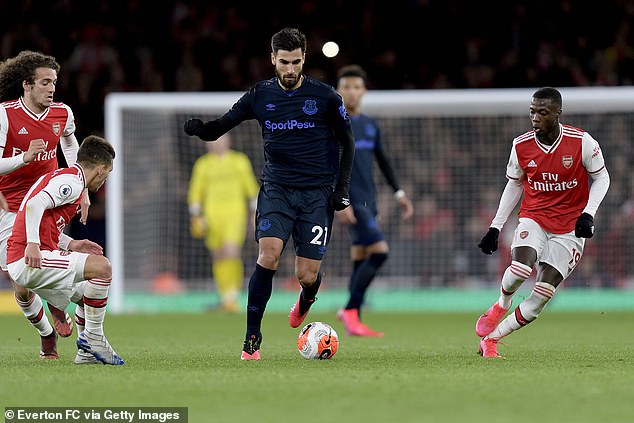